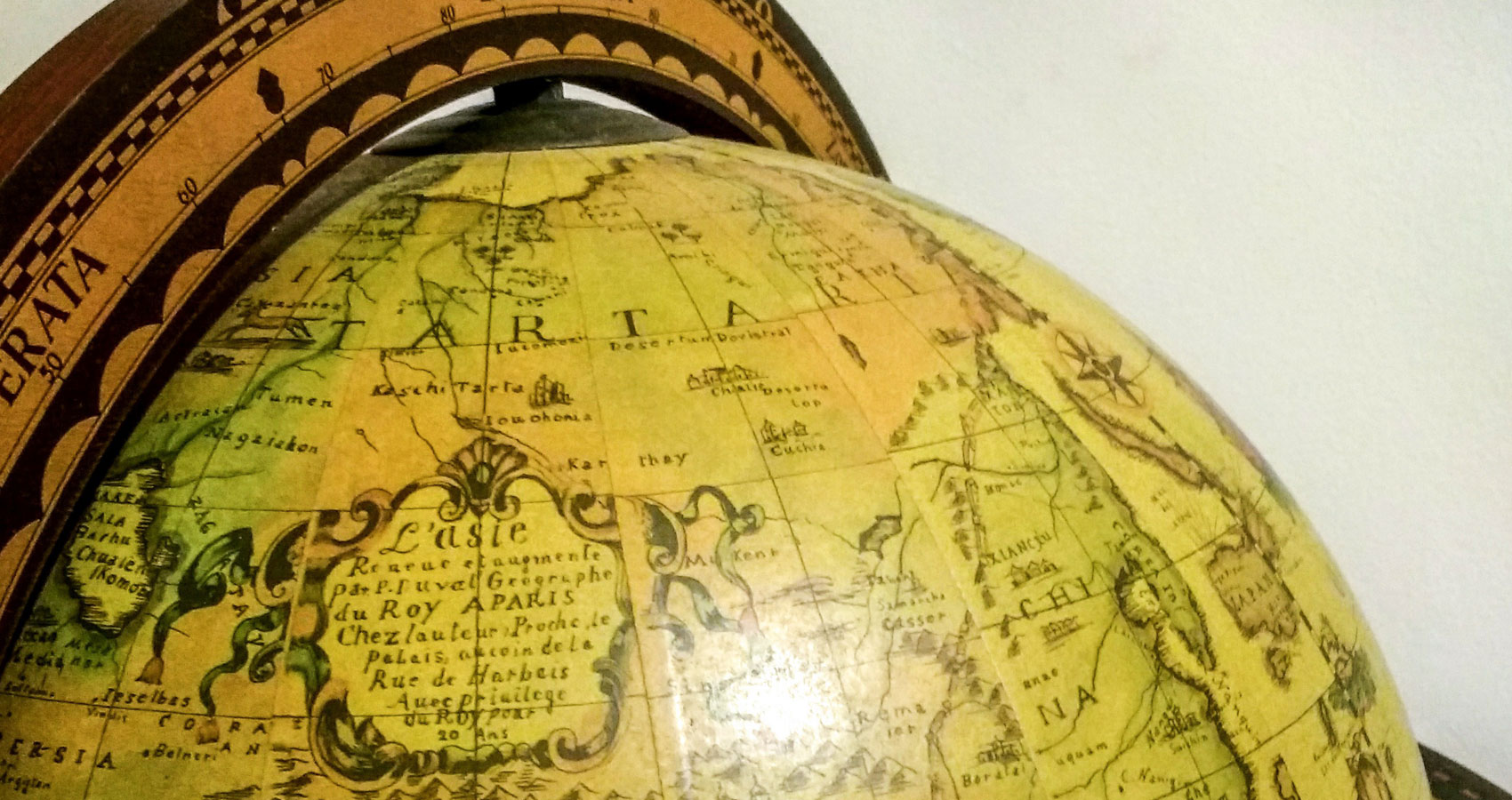 To A Vanished Globe

To A Vanished Globe

From markings, many journeys could collect
The little likeness of a learned, old,
World globe stands, in a stillness, on my desk;
From times when hard adventure paid with gold,
Lands green and brown lapped by a yellowed sea,
The whole earth’s semblance through the eyes of age,
Here imaged in the early seventeenth century.
Before blind pedantry had made a cage
Of false exactitude and barred precision,
This small and clumsy globe still marked a vision.

Imperfect; some that’s froth of fantasy-
Seabeasts that never saw the joyful sun;
Yet each land’s drawn with its own imagery,
And seas bear tree-born ships that travelled on
The will of wind and here there’s bark canoes
And leaping fish; and there, like some odd flower,
A compass of sharp petals points the views
Of many lands: half-known but well-known now.
For we’ve no use for pictures such as these,
Our plans are clear to fractions of degrees.

Here giant Africa still carries palms
And grass-made huts and hills with shadowed sides,
And naked warriors with shields and arms;
The brown south pole has beasts with strange, green hides.
Here China’s wall’s so tall that Everest
Is dwarfed; Arabia’s desert has camels still-
New Holland, strangely-shaped, is blessed
With its brown hunter too, spear poised to kill;
And Aztec temples rise from jungle lines,
Which oddly seem composed of firs or pines.

But our world’s mapped by globe-encircling spies,
That ray the sites of instruments of death.
If this is all our thoughts epitomize,
Why did we ever bother to draw breath?
Yet though we’ve murdered our imaginations
And gaze upon the screen through soulless eyes,
Perhaps we can arise to new creations,
Perhaps there’s time for us to realize
We’re blind behind our calculated bars;
Each seed holds secrets deep as those of stars.