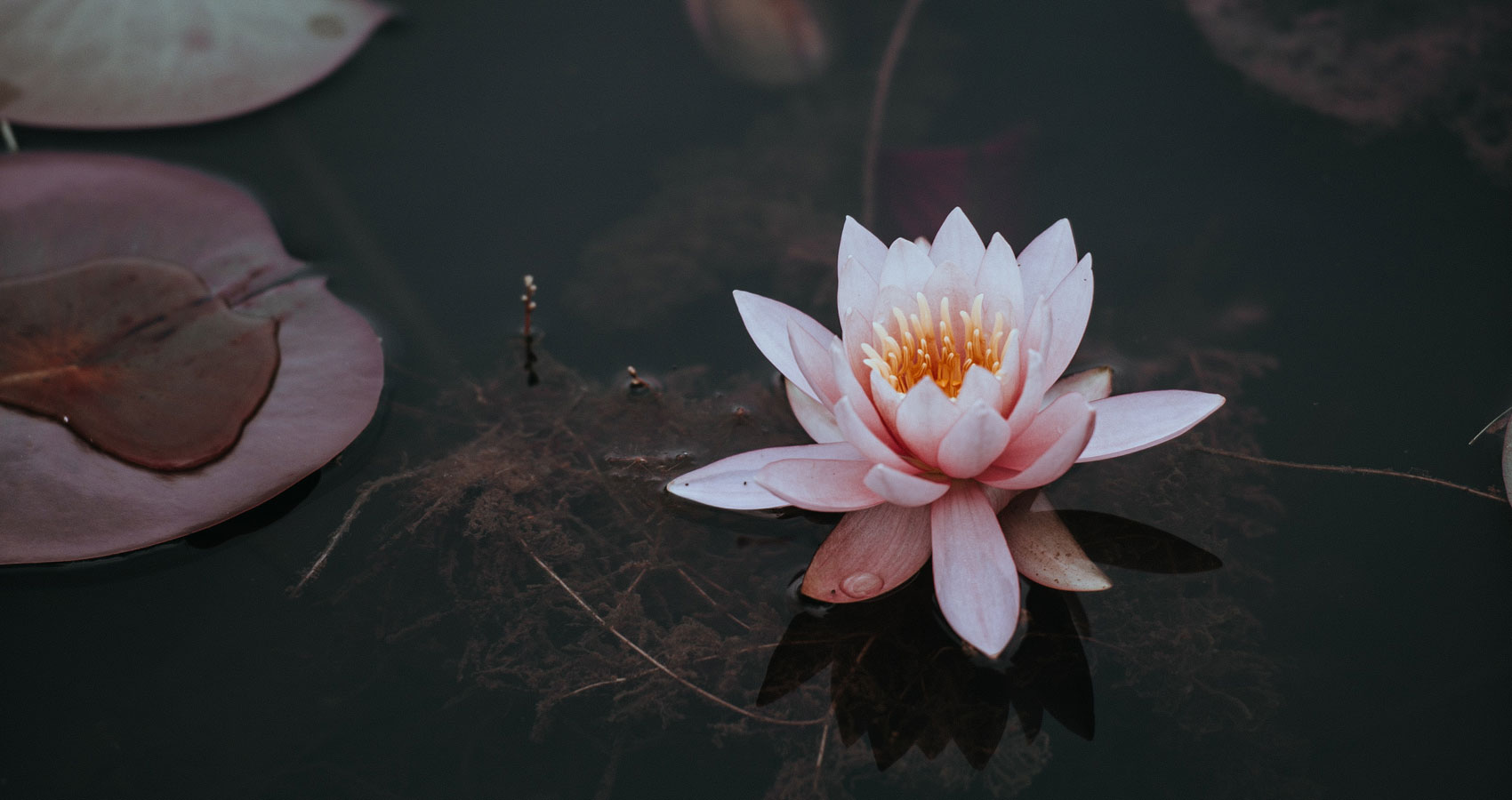 There’s a loss of understanding when the frogs cease to croak, vacant lily pads, where
are they hiding now? Maybe frightened by the sound of the nothing that attacked the
pond with its bleakness. But the moonlight still shines on the water, as it will, as
it does, for it has a forever, immortality.

Christmas flowers were never meant to bloom in fields of double impatiens and we always
knew, but wishes are always tiny sticks attached to puffy white, floating into open
skies, trying not to be caught. And they won’t be. So, we blow together in our
dulcet dance into the openness of eternity and there is no breathing. There is no
breathing.

Sand stands still here, but we toss it with our toes and fill the wind with giggles
and the empathy that runs through our blood. The two of us – filled with such great
ebulllience pushing out all that’s effervescent inside.

I’ll take this universe, as furtive as it can be. But do not give me a Halcyon,
because we know nothing here is calm anymore. There is now nothing natural,
just languor, unlovely, unholy. And this raconteur has not enough words to
explain the metanoia, to describe a thing with eigengrau. Left with lethologica.
Just an eccedentesiast now.

Swaddled in a rusty brown towel and bouncing, I’ll be a boobalah, and you’ll be
the sweetness that only something baking, warm and soft inside can be. No one
tastes you. There are always the doing and the unseen and you know all about
polka dots and that purple/blue that is neither. But then live in peaches and
fall backward into a pastiche of bright blue florals against a Winter’s night
backdrop and I won’t try to catch you, for I know you are safe there.

You’ll raise yourself up from depths appearing hopeless but becoming so sumptuous
and bring with you the strength of two who will never get to know what you are or were
or would’ve been had you finally given up that endless game of hide-and-seek.
Skin that will miss rough touches of hard-worked finger tips from just grazing
hands upon porcelain dolls and tiny toads in glass cases, smiling at you, knowing
all your secrets. Talisman for your dreams unnoticed, unreached. We will know
you anyway – thoughts and secret parts because we are what you weren’t and that’s
all you ever wanted.

Not sure I have the wherewithal to endure this not having been where I should’ve been
but I was. I was, even if you never knew, I think you knew. The cards will be
here for when I put every barrette in your hair, and I’ll sign them, hide extra love
inside, tell you who you really are. Who you were. Maybe make a ripple in the pond.

Once I knew a woman who told me things and taught me things and I learned this. And
I’m still not sure what it is, but perhaps a faerie I know will come, or Brigid will
be my harbinger, come with a mellifluous whisper, to tell me what’s true and what my
mind told me to believe.

I’ll go to Peru and search my life away for the elements needed to create that marcasite,
set it in sterling, dangle it from your ears, and continue on my cosmogyral journey to
find all the wants you never received in the life you never lived.

You are the thickness of the colors swirled together on my unwashed palette, and you will
never chip away. Sometimes I can peel you, softness of what was once wet and supple, a
toughness that was always hidden, but I see it. Saw it and will. You are the hues unseen
in a rainbow, the undiscovered and unnamed constellations. Thick like slow honey,
you speak into ears of tiny bumble bees covered in fuzz that bounce around in early Spring.
You know the wind carries dust and dust is mostly skin cells we have lost along the way
and you are rebuilt through nature and decay.

Do not shed tears that sandwiches still get made and clothes still fold now. The necessity
of you is still ineffable, so remember how far cars go for things that matter to only us.
Silly will still be here and I’m sure it’s there so let’s share it and be shaking with
mirthfulness at the thought of miniature laughter and cackles. You’re free of the shackles
you wore so long even after escaping those who poured the poison dressed as water into the
ground where your roots were once twisted. You’ve made bail now. A wishy on the wind.

You are a perpetual pure white cat crossing my hard-to-walk path, rubbing my legs, and the
robin that lands, as I drop liquids, tinted black and purple, on the sidewalk, whose breast
is more crimson than the handkerchiefs wrapped around your curly brown hair, who I speak to,
whispering words on nonsense that only you could decipher because you are the kook who taught
me non-seriousness. He stays by my side, listens, and I am taken aback by a moment of sonder,
as he ameliorates this feeling of grief; grief that will never fully dissipate, but I
will learn to exist in this sad denouement of what was once a truth, a strength, and though
overused and cliché, an ethereal heart, ephemeral, and I will acquiesce.

And if you feel the bombinating of your fluffy bees, or hear the sonorous sound of wails in the
twilights, (Or at dawn, for that matter), don’t be afraid. It is the collection of all of the
universes celebrating the epoch of your newly murdered nightmares, when your smile caused an
infatuation of everyone in the room. And in the end, though there never has, never will, exist one,
do not stay awake with the worries you once had, or this new one that could overwhelm the satin
knights. Worry not of hiraeth, as we all know it is pulsing through you. For you are here. You
never left. And you are home.