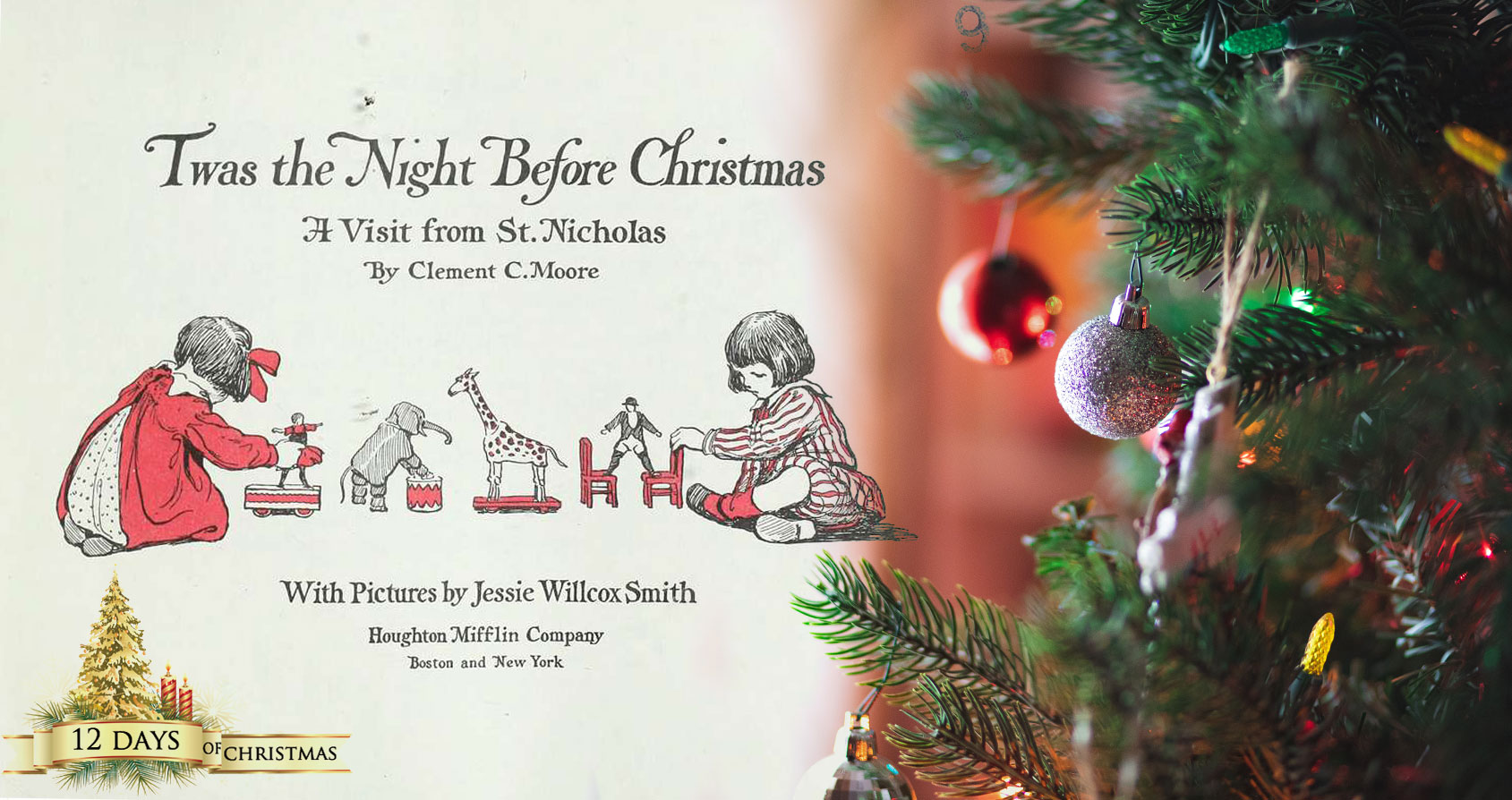 ‘Twas The Night Before Christmas

‘Twas The Night Before Christmas

With five-year-old Stacy and three-year-old Dale nestled snug under the covers beside him, Peter was the happiest he’d been in months. He opened his treasured book, one passed down from his grandmother to his mom and then to him and began to read, his voice quiet as a whisper, drawing his young ones in, “Twas the night before Christmas and all through the house, not a creature was stirring, not even a mouse…”
By the time he’d finished, both children were asleep, breathing restfully with visions, Peter hoped, of sugar plums dancing in their heads. He smiled to himself. Why not? It was Christmas Eve, as good a time for magical thoughts as any. He tucked them under their warm covers and, before turning out the light, paused at the doorway, taking a long moment watching his two little sleepy heads. Worn out from seeing Dad, he joked to himself, hoping it was true. It was. Just ask Lyn, his wife. She’d say that their children adored their father and missed him terribly while he was away getting his treatments. Then she’d get a little teary eyed, her strength wavering ever so slightly before returning, knowing there were still more long days to come.
After turning out the bedroom light, Peter made his way to the stairway and began to descend, step by cautious step, holding onto the handrail with what little strength he had. From the living room, Lyn saw him and hurried to help. “Here, Sweetheart, lean on me. We’ll go slow. We can rest together on the couch.”
He smiled, grateful for everything about her, “That’d be perfect.”
It took a few minutes before they were finally curled up together under the wool afghan Lyn had knit when they were first married, seven years earlier. The room was a peaceful sanctuary, with Christmas music playing so quietly in the background one had to strain to hear a choir singing, “Silent night, holy night, all is calm, all is bright.” Lyn had turned off all the lights except for the warm glow from the Christmas tree. It was lit with white twinkling lights and decorated with a myriad of colored glass ornaments and handmade decorations, accented with at least five strands of popcorn and cranberries. The family had decorated it that afternoon when Peter had come home from the hospital on a twenty-four-hour pass.
Lyn put her head on his shoulder. “Isn’t the tree beautiful?”
“It’s our best tree ever,” he smiled, putting a thin arm around her and holding her tight.
He liked that Lyn was willing to put aside what was really happening with his disease, at least for tonight. Tonight, he had a break from his treatments. Tonight, he could be home with his family and enjoy a moment of comfort and repose before leaving tomorrow to go back to the hospital to continue his battle. There was so much he wanted to tell her, but he was getting tired, so he said only what he needed to say, “Lyn, I love you so much. You mean the world to me.”
It was all Lyn needed to hear. She kissed him gently. “I love you, too, Peter. Forever and always.”
He kissed her in return. Their undying affection for each other carrying them through these most challenging of times.
They must have fallen asleep. A rustle on the stairway caused Peter to awaken. He turned to see his children, standing patiently, so young and so innocent, dressed in their red flannel pajamas. Stacy was holding a book, and Peter could see it was the one he’d read to them earlier.
“Daddy, could you read to us again?” She asked, her tiny voice music to his ears.
“Please, Daddy, please,” Dale chimed in.
Their voices woke Lyn. “The kids want me to read again,” Peter said to her, sitting up and stretching. “I know it’s late but is it all right with you?”
Lyn didn’t have to think. “Absolutely. But first,” she said, getting to her feet, “How about if I fix us a plate of ginger cookies and some milk for a little treat? How would everyone like that?”
Three heads nodded enthusiastically, and all was well for them on this Christmas Eve, the world held at bay for a little while longer.
Later, the family snuggled together on the couch under the warm afghan, leftover cookies within easy reach. Peter began the story, wondering as he read if this would be the last time, he’d be able to do this, read to his family like he was. Then he put the thought out of his mind. Quit thinking like that, he admonished himself. He had to stay positive. He had to believe that he’d be with his wife and children next year. After all, who else could read “Twas the Night Before Christmas” to his children like he could? No one.
“Merry Christmas to all and to all a good night,” he said, when he reached the end of the story, but not before ad-libbing a hearty, “Ho, ho, ho,” making the kids giggle and Lyn smile.
Then he closed the book and wrapped his arms around his wife and children and hugged his family all together as tightly as he could. “Until next year,” he whispered to himself. “Until next year.”