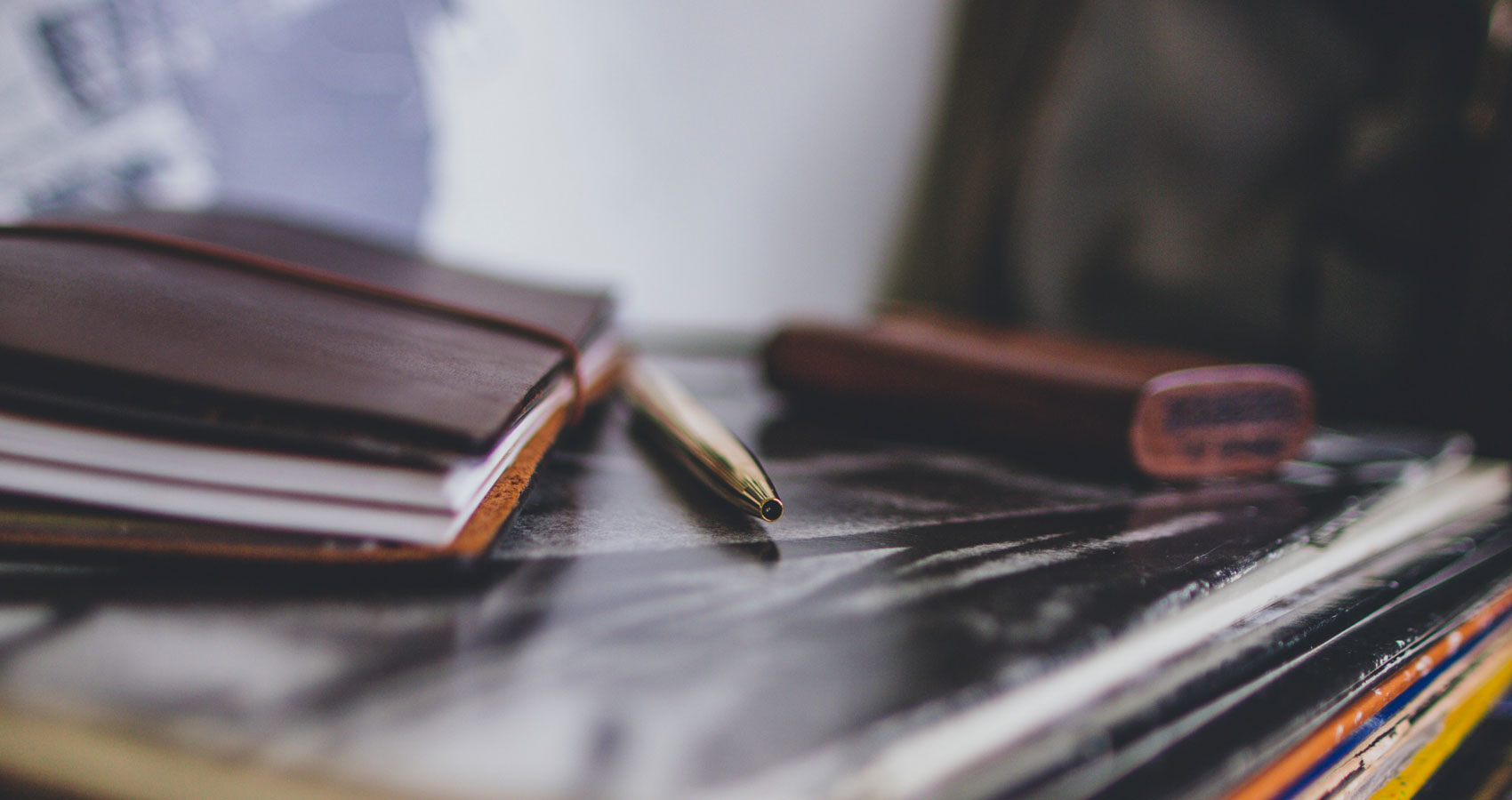 In 1898 my great-grandfather Jakob
scribbled music onto the vellum leaves
of a brass-studded leather notebook
he first spotted in a stationer’s window
on Royal Street.
He repaired watches for a jewelry store
and could barely feed his family
but day after day he paused to gaze
at the storefront, until, defeated,
he walked in and offered his gold crucifix
in exchange for an heirloom that had once
dangled from the neck of the great Garibaldi.
The glum old aunts said only a fool
would trade gold for an empty book.
His wife dreamed of new bonnets,
belt buckles, a celluloid hair receiver.
The children licked wishbones clean

as new harmonies glided through
their father’s blood like dark fish.
He quit his steadfast second chair
with the local philharmonic
where for years he had mimicked
the passions of his only gods,
Schubert and Verdi.
For three delirious months
he hunched over a dim oil lamp,
composing at frantic pace.
“Twelve Songs for My Daughters,”
a sole opus that consumed every page
except the last
onto which he pasted a Victorian chromo
lush with cherubs, doves and rosebuds.
His eyes gave out. He peered serenely
into a new world of haze and shadows.

Today the ink is fuzzy and blurred
but still legible.
Both cracked covers powder to the touch.
I imagine the old man
(though not so old at the time)
desperate to preserve some token of himself
for his daughters, hoping they might
cherish songs inspired by and dedicated to them.
But the daughters aged all too soon
and could spare no idle moment to pine
in dreamy nostalgia.
They consigned the notebook to a box
that wound up in more than one attic

until decades later
when a grandchild who hauled down some trash
smeared with oily, dusty cobwebs,
felt touched by the quaint book of songs.
She vaguely recalled Jakob’s long, wild beard
and stuffed the book into a drawer
bulging with keepsakes–
where it remains as I, great-grandchild,
root through the family history.
Mother tells the story but admits she never tried
to play the tunes on our battered upright.
Never enough time, she almost apologizes.
At that moment I feel weighted with obligation
and move toward the piano.
The phone rings. When I return
my mother has already stashed the book.
She’s off to the grocery and I’m late for work.

I know where the music is and am tempted
to borrow it, hum the notes of each song,
listen to what a dead man I never knew dreamed.
But in truth, I don’t want to labor
through his shrine of spidery hieroglyphs,
don’t want my fingers soiled, don’t care much
about the rhapsodies of a ghost.
My own young daughters won’t care either,
Won’t sing Jakob’s songs, much less read
words inspired by and dedicated to them
scratched into my own far cheaper notebooks.
New words will soar from their tongues
like swallows breaking from a tree.

The illustration has fluttered to the floor,
loosened from its binder after nearly a century.
Faded, intricate script at the center
reads: Forget me Not.
I stuff the message into a pocket
and head for the car.

with only modest stirrings of regret.
I drive off. The sun blasts my windshield with light.
Children float in the air like lustrous flowers.
Forgetting, too, has beauty–
its long, solemn ave to a thirteenth song.

Two volumes of Louis Gallo’s poetry, Crash and Clearing the Attic, will be published by Adelaide in the near future. A third, Archaeology, will be published by Kelsay Books. His work has appeared or will shortly appear in Wide Awake in the Pelican State (LSU anthology), Southern Literary Review, Fiction Fix, Glimmer Train, Hollins Critic, Rattle, Southern Quarterly, Litro, New Orleans Review, Xavier Review, Glass: A Journal of Poetry, Missouri Review, Mississippi Review, Texas Review, Baltimore Review, Pennsylvania Literary Journal, The Ledge, storySouth, Houston Literary Review, Tampa Review, Raving Dove, The Journal (Ohio), Greensboro Review, and many others. Chapbooks include The Truth Change, The Abomination of Fascination, Status Updates and The Ten Most Important Questions. He is the founding editor of the now defunct journals, The Barataria Review and Books: A New Orleans Review. His work has been nominated for the Pushcart Prize several times. He is the recipient of an NEA grant for fiction. He teaches at Radford University in Radford, Virginia.

In The Torn-Apart Years

To Be At The Peak