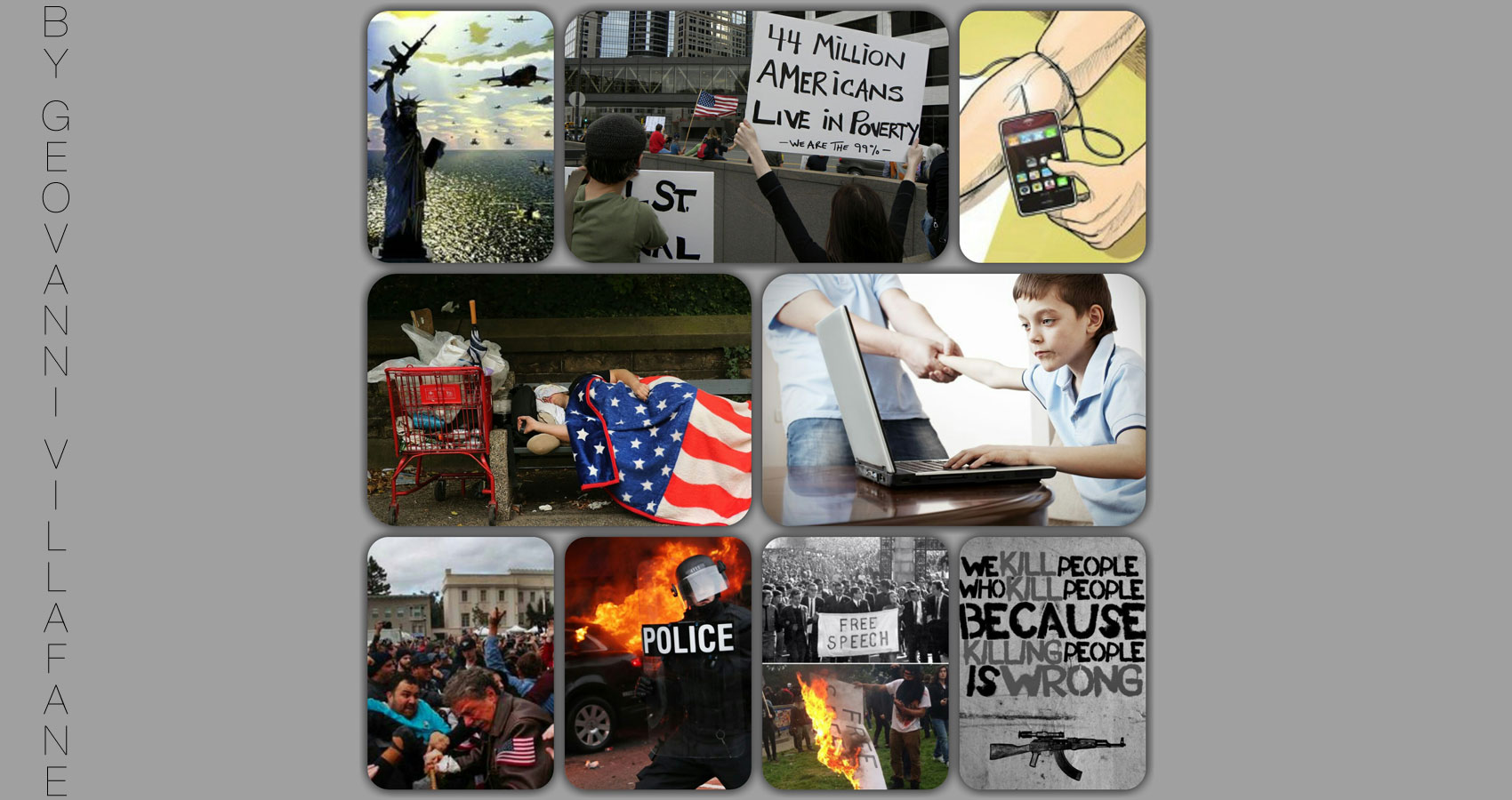 I don’t scare easily, not bound by your control. You know where true lack of society begins to unfold? It’s right here in our homes. America’s lost its land of bold. Where pride was once set from the days of Old. Where we no longer care about what’s going on outside our front doors. Where we don’t know what it’s like to look out for the poor. Where men can’t dare be masculine. That if you claim to be, you get labeled a male chauvinist. What if the animal population was more than 50% extinct from existence, passed 1975 to the present. Would you cry for your children and how it’s not going to be there for their future generations. Is it us that exhibit such ignorance, being dumbed down by the internet. Land of the free, can’t you see we’re doing too much, too fast? To grasp what it is at hand, to meet such demand, lazily speaking in voice commands. Computations through computing are shrinking our brains capacity for self preservation and civility. That every bit of life is becoming intertwined with technology and complete relationships are playing out in a virtual world without any physicality. Violent riots conducted on both sides while some seem to think we’re becoming unified, we’re really falling into a great divide? Where civil liberties are only for one side. A land that was once based on opinions that were educatedly discussed without people pulling out sticks and guns that cause shots to ring out and everybody runs. A world where good is evil and evil is good and the few fuel the feud. And if I don’t agree with what you believe; I can be labeled a religious freak. It’s not about disrespecting and hollering hateful things. And not to mention, how we’re heading down the slippery slope of depending solely on our own machinery. Staring aimlessly at the screen, admittedly admiring photo shopped covers of magazines. Knowing in the back of our minds, it’s not based on reality. There are starving nations existing globally, but many here at home live through the same type of struggling. Counties paying just to send them packing to another community. It’s the part of the population we refuse to add to the so-called label of inclusivity. Where mainstream media can’t be trusted of speaking about nothing with honesty or dignity. And anyone who speaks against them is a part of the so-called fake news. I’m not saying that anyone is 100 percent correct, considering the given agendas of the right and left. We’re not here to be bargaining with other people’s lives and telling those with opposite opinions, they’ll never be seen with a valid point. Natural disasters happening from coast to coast, and yet some are focused on whose website gets clicked the most. Coming up with a half written title to catch your eye. Getting paid either way, who cares if it’s a lie? As long as you get yours and I get mine, who cares how far they cross the line? It’s time that I come with something that’s deep. Something to make another man think. We speak on others misconduct, while being led by a government set in mistrust. Where it leads every other country in corrupt. I don’t hate my land, I want it back! I want to see faces smile, when they react to the fact, that we want to be better than the next man. That things that matter, are where we stand. But I’m afraid it’s going to take a revolutionary act. Don’t get it twisted, it’s still America in the end. We the People, want to help others whenever we can. It’s sad that sometimes it takes catastrophes, to unite and forget the past. Especially knowing that we’re better than that. I hope, like me, you would ask for a society that no longer lacks. We’re on the precipice of making a difference, so we’ve got to stop crisscrossing the messages. Like letting debauchery take a foothold, realizing it’s not just a storybook saying, it’s gradually coming to exist in real life conveying. Are we denying what’s happening to the stolen youth of the kids? Watching shows and videos beyond that of graphic with a keyboard click. Calling ourselves responsible while straight up ignoring every bit of it. I don’t know about you but my patience has worn thin. I pose another question, “are we an open society or are we sorely missing what we used to be?” Seems more like we’re openly handing over our rights, instead of putting a hand in the fight. If we keep heading this way, we’ll be saying goodnight. So I’ll end this series with a “Please open your eyes!”

NOTE FROM THE AUTHOR:
Tenth Poem In The Series Lack Of Society