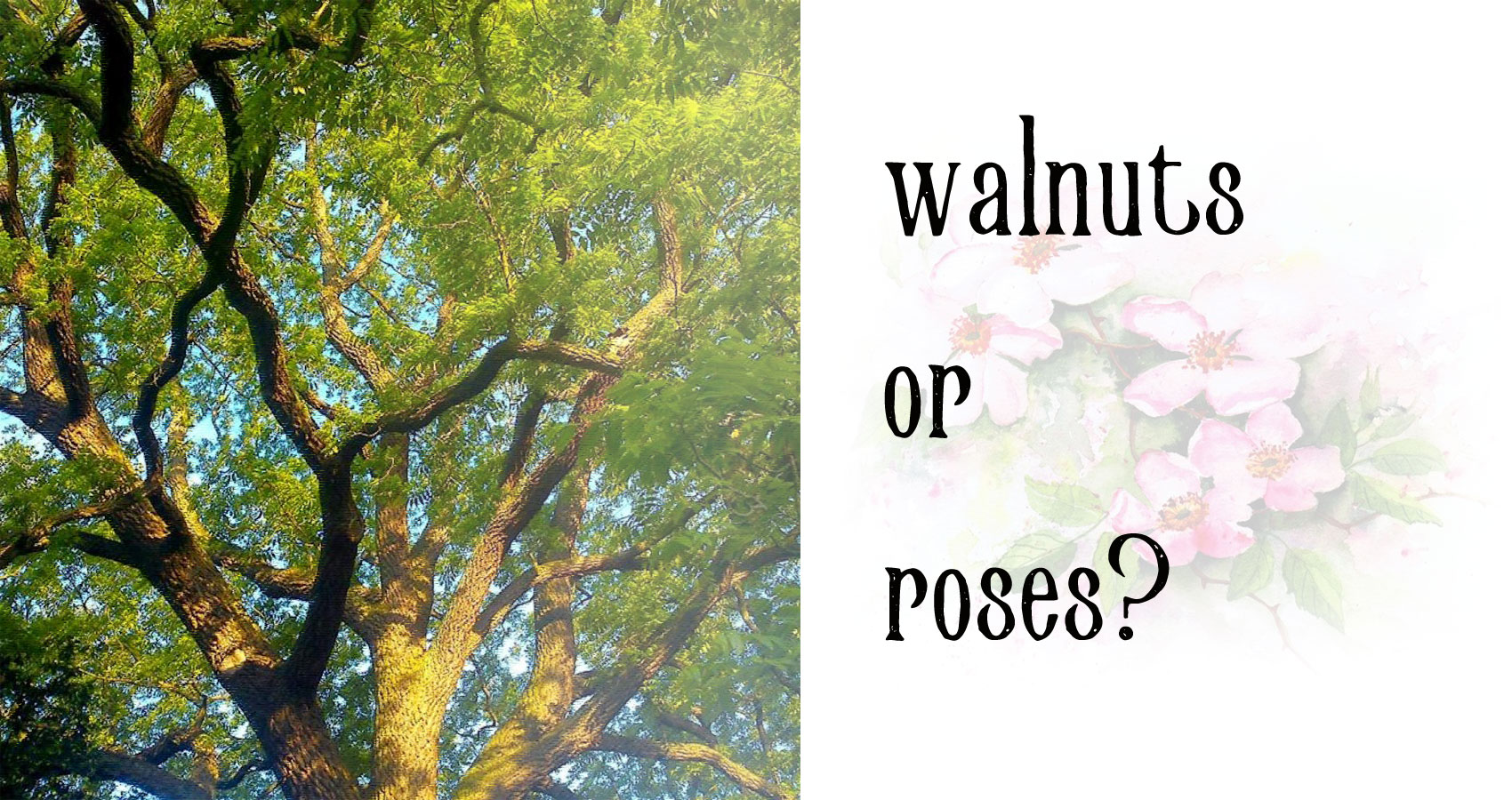 When you’ve been together this long—
the grown children are off making their own mistakes,
and careers have been dropped like bad habits—
the arguments tend to be about basic things.
We no longer tolerate easy answers.

Just the hard ones, such as those concerning walnuts and flowers.
One of you wants to plant the trees everywhere,
Knowing they’ll grow 100 feet high, and three across,
And their fruit is good, and their wood makes sublime furniture.
And that this all comes with foresight and patience.
Remembering his father saying one day, a few years before he died,
“Plant a walnut tree and generations will thank you.”
And that one comment opened things up
Far beyond the proscribed, self-absorbed view of a child.
You see them in the woods differently then, craning your neck up 100 feet,
Overwhelmed with the spirits of things that will outlive you.

And the other one doesn’t know where your walnut fixation comes from
because you never told her. She just knows that the walnut tree
drops chemicals in the dirt to poison the competition.
Ruthless Mother Nature at work.
But she’s on a mission to protect every living thing she can,
and to her, the walnut’s natural tendencies have to be balanced.
She prefers to see flowers grow, and bees and butterflies,
Because she luxuriates in life’s tendency to flourish, given a chance.
She’s a chance-giver.

Fundamental differences. Irreconcilable, yet both perfectly valid.
That’s what happens when two people have been together as long as we have.
We’re down to the nitty-gritty questions that really have no final answer.
Not the trivial stuff, such as who’s God is right.

No. Important ones, such as whether our being here has made a difference
In even the slightest speed of the Earth’s rotation,
And how much more time we have,
And what people will say of us.
And how the world can have both walnuts and roses.