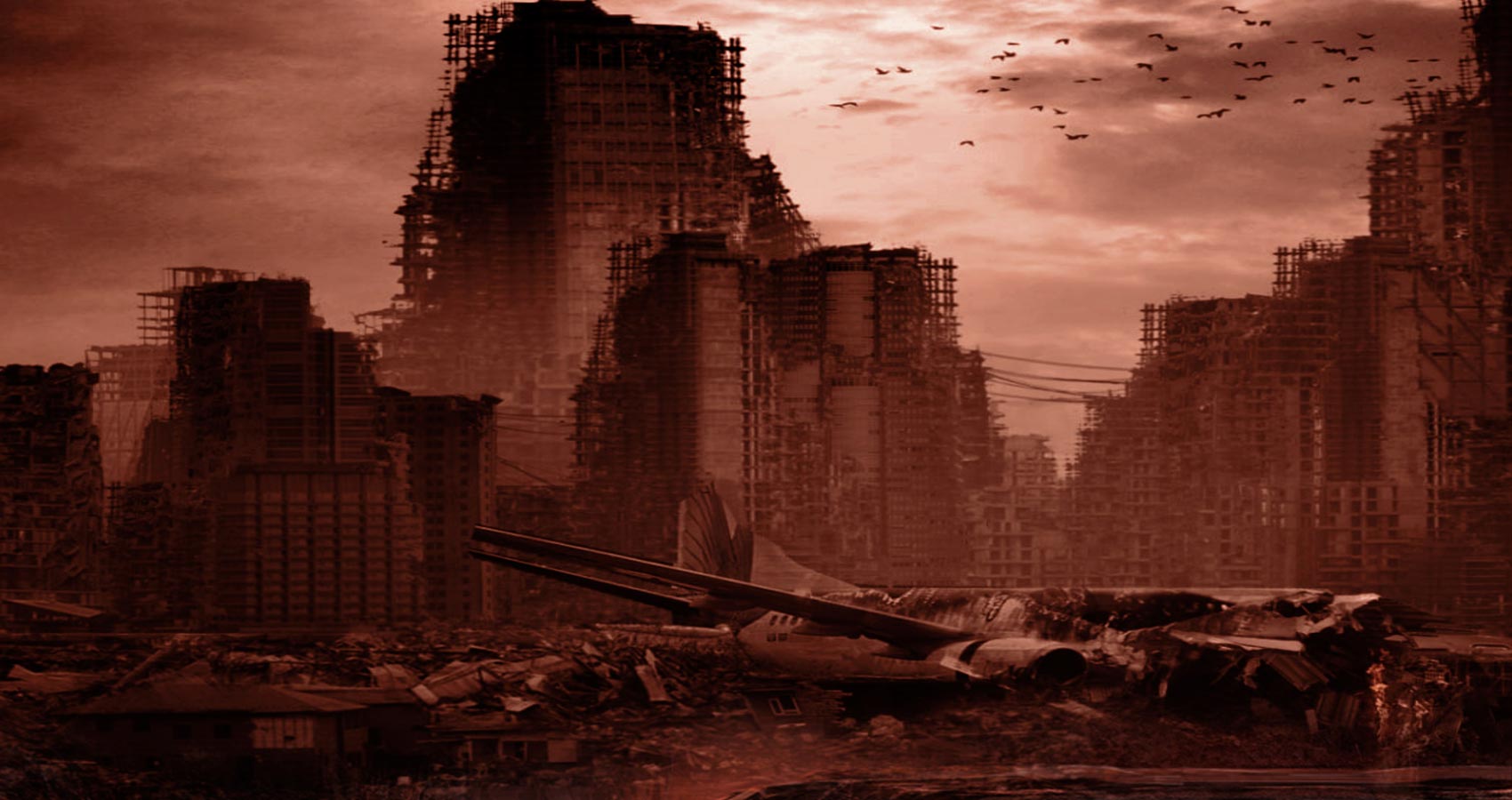 Driving in my town, I imagine
sirens blaring, tanks rolling,
and guns, pointing at people resisting.

I see no dove flying in the sky.
The olive trees are eradicated
from every corner of the earth.

I shiver in fear like a leaf on an amputated branch.
My children are home, but I can’t turn around.
War is a one-way street. We can only pull back.

The hospitals are filled with injured and charred bodies.
The buildings and homes are engulfed in fire.
I have no weapon to fight. I may not return home tonight.

War is a phenomenon, the accumulation of our actions.
What goes in our minds manifests in the world.

The idea of who we are is not limited to our narrow discretion.
I’m a person, and a nation, an ally, and an adversary.

I’m a woman raped and mutilated by my enemies.
And a limb hanging from the window of a building struck.

I’m a fallen soldier who died defending his country.
And my slayer does not know what he is fighting for.

I am bent like the little girl, pulled up by force on the last train
about to leave the station, bound to a foreign land.

I’m the agony of a father in exodus, without his sons and daughters.
I’m a sorrow, frozen in the eyes of a young girl who presses her palm

against the windowpane of a train to touch the hands of the men
staying behind to fight for their country.

I’m the blood crusted snow after a night of
heavy shelling on my city falling.

There is no glory in a war. Every home has a shrine.
A war cannot be defined. It can only be lived or imagined.