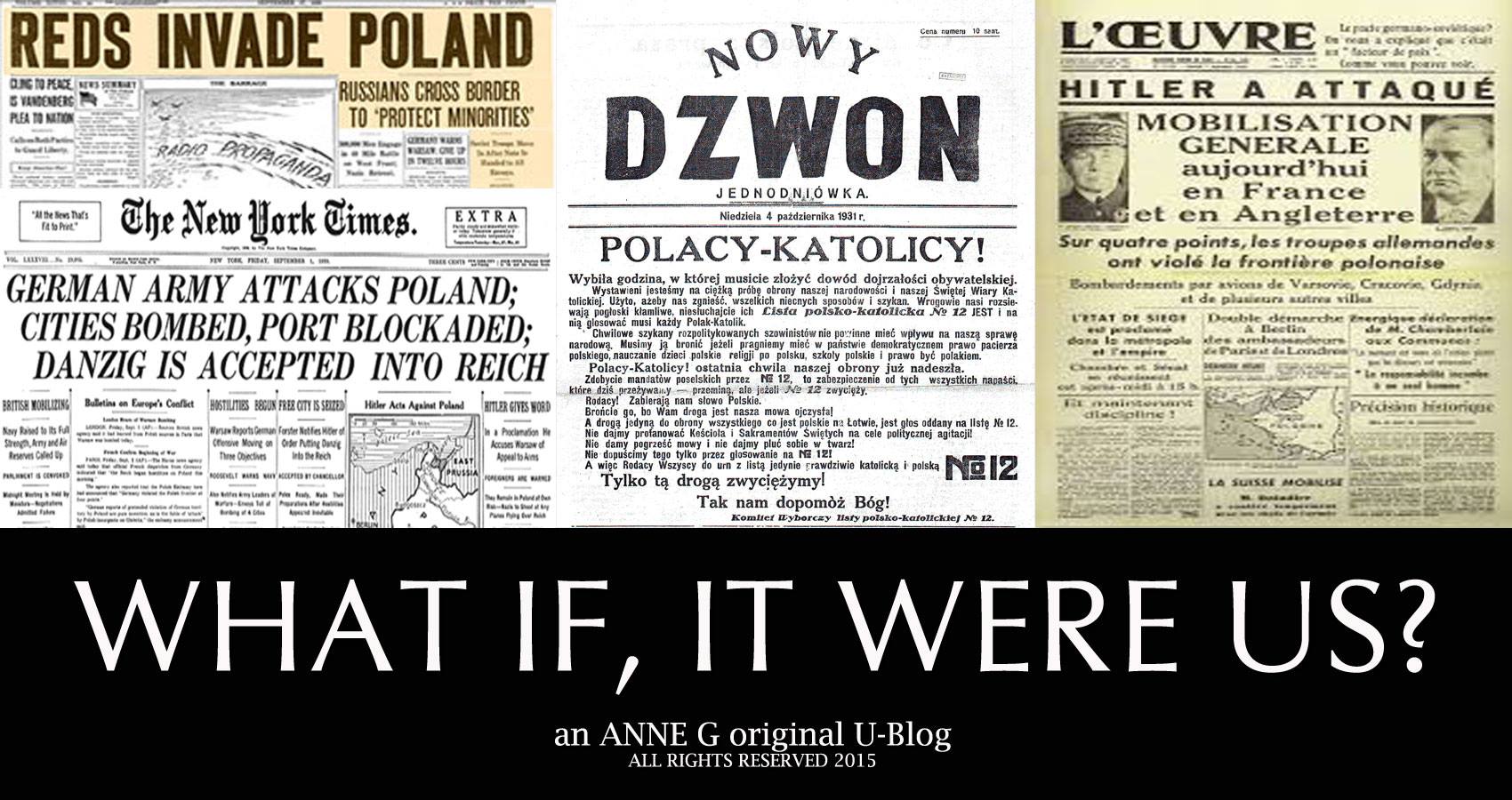 The war in Europe began on September 1, 1939 , with the invasion of Poland by Nazi Germany and ended September 2, 1945 with redrawn borders, massive destruction, death, despair and unparalleled suffering.

Then, the aggressors were Nazi Germany, Japan and Italy, and a world in denial that took us to the point of no return.

Here we are, 60 years later, and we are embarked on a similar path. Ukraine has been invaded! Where will it end this time around?

Once again we stand at a cross roads and are subject to become players in this nefarious scenario. Will we wait as in World War II to react only when attacked ourselves or will we insist; demand that NATO and UE@UN Security Council take action and stop the aggression against a neighboring European nation; one of their own?

Today it is Putin’s Russia who is the aggressor, and an enabling skeptical, and cynical world that stands by, deaf, dumb and blind. Collusion perhaps?

Note: Over 60 million people were killed during World War II, which was about 3% of the 1040 world population of and estimated 2.3 billion. The statistics vary, with estimates of dead ranging from 50 million to more than 80 million.

It behooves the entire world to sit up and take notice. There have been two great wars and both were ended with the rallying cry of “Never again! If you think it cannot happen again, think again. We are doomed to repeat history! If nothing else moves you to protest the invasion of The Ukraine, a sovereign nation, maybe the  question asked will …