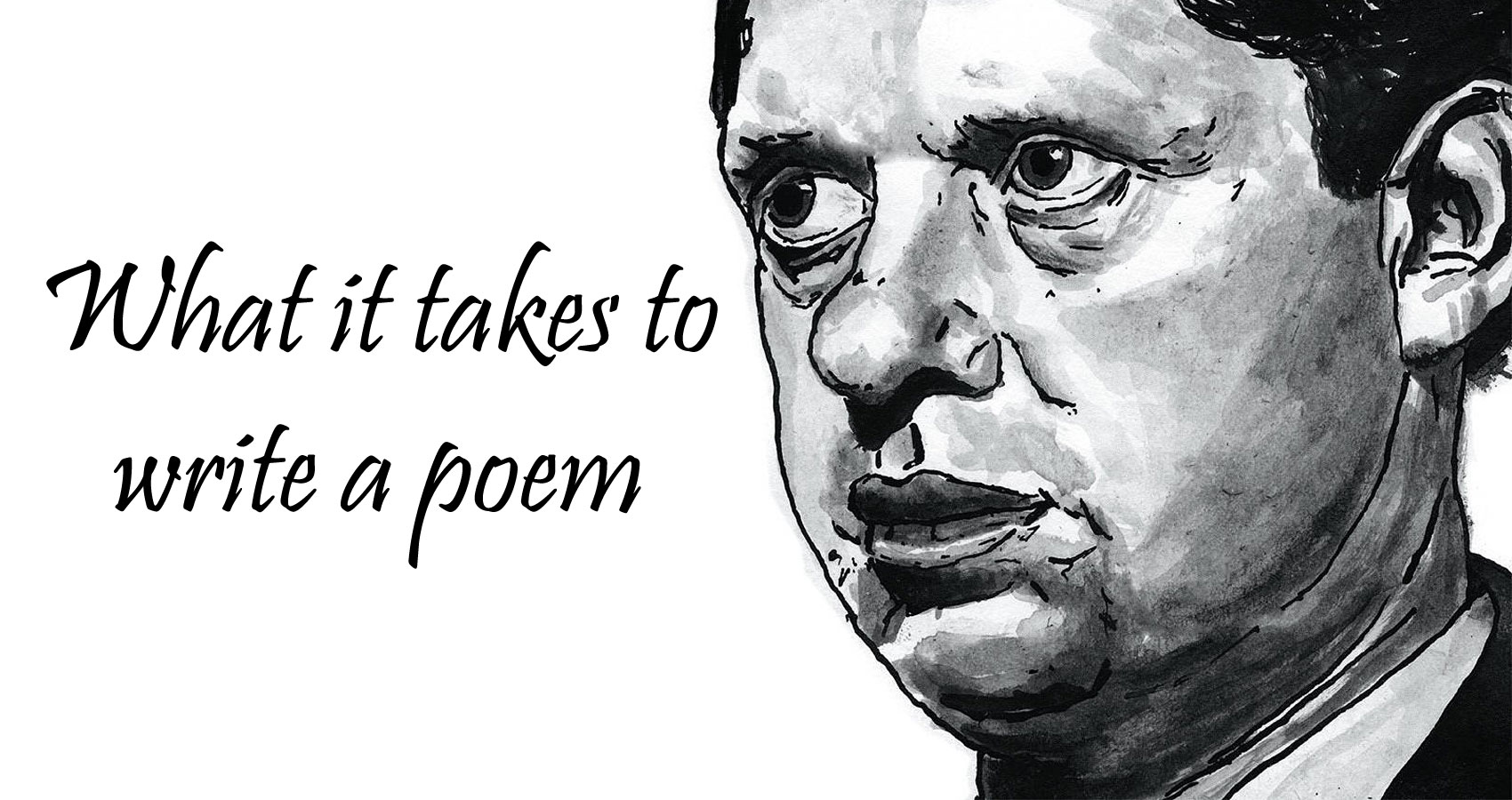 What It Takes To Write A Poem

What it takes to write a poem

Charlie Dodgson taught logic to Victorian women who, back then, slept in separate social spheres. He and his helpmeet Alice were pseudo feminists. Their rabbit hole world of disappearing smiles and cold tea swallowed them whole eventually.

Tennyson was the laureate of his time — a long time. The Victorians had perfect prose, each word, an upright citizen. Controlled and conformed. Just like their stern, nymphomaniac, sex starved women.

Eliot was a half rhymer, rhythm misleader and time confuser.
He wrapped our mouths round vowels, brought us –
inside ourselves — and outside ourselves
Turned time inside out and round about
Over and around, above and underground.
Pound trimmed down the Wasteland
To an epic small land only half as grand.

The Bard, a king of kings (500 last death day), still writes our recycled thoughts. He mouths everything he means to say and everything he doesn’t — in a never ending repeat of misquoting, disquoting, notquoting, unnoting and sheep herding. Or nerd-herding. Or mass murdering. No matter, so long as you do as I say. Be not afeared, the UK is full of noises, sounds and sweet aires my dears.

Morrison is getting fucked, Frost has miles to go
Gibran is firing arrows at the raven of Edgar Poe.

The Forward book of annual poetry updates us on the best of the best of the worst sort of modern poetry. Their writers are dripping with awards, academic credentials and notoriety. The professionals write about small things, like their small world, where sinks and onions are big. Their freestyle style is fashionable, trendy, in vogue –

And boring. No emotion. Cottoned emotion. For a cotton wool society. Nothing ever happens to them or us. Zzzzzzz away.

In the other camp are the artists, and poets not classically trained. Who pour their hearts out in mumblinmeme, Instagang, Twitternatter. They cry on the wall and are chipper in the feed,
They selfie in the mirror and all emotion they do bleed.
Arghhhhhh!

The sufis and the sophists
The moralists and the epiphenomenalists
The emotion breeders and emotion transfusers.
The logicians and magicians.
The freestylers and the rhyme regiment
The rhythm and the broken tribe
The one-liners and the epics
The listers and the illustrators
The abstractors and the thought piecers

Theirs was not to reason why; theirs was just to write and die.