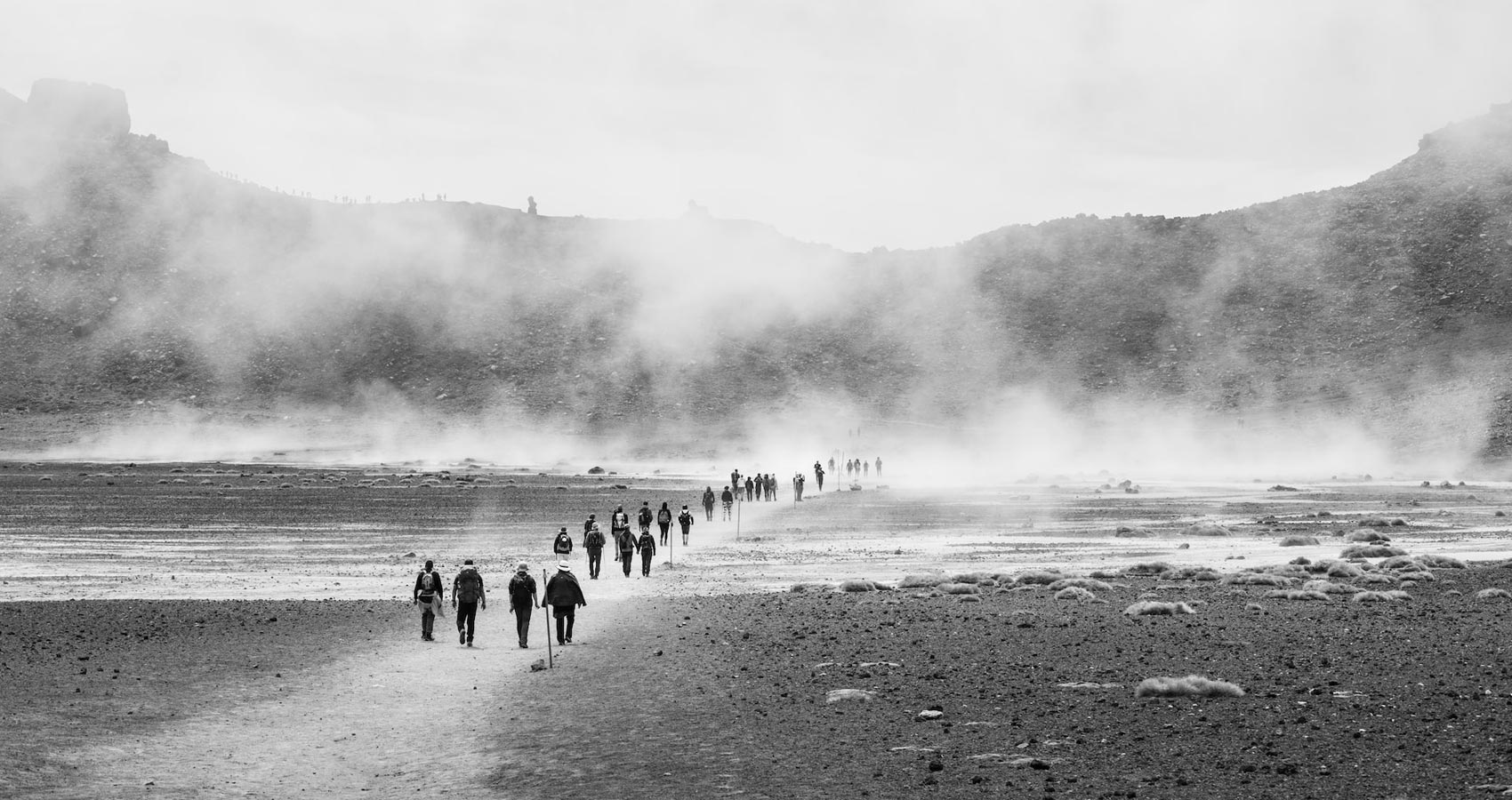 Where Do They Come From?

Where Do They Come From?

Cosmic dust swirls around a star, playing games
of attraction to become, a sphere, a planet, an abode.
Endlessly pirouetting the sphere evolves
omnifically engendering life in all its forms.

Earth, a mother’s womb, nurturing humanity
in a universe immense.

I gaze at my geographical map, entranced
by the multifarious features of such extraordinary abode.
The mountains, the jungles, the deserts,
the great lakes, the rivers, the oceans and the seas.

The lands around and between. And I muse

on migrating humans, their courage, their endeavours,
facing hostile climates, hunting preys they never saw,
from homo erectus to homo sapiens,
two million years of marching towards the unknown.

Two million years of resettling, adapting, acquiring
multifarious features dictated precisely
by the mountains, the jungles, the deserts,
the great lakes, the rivers, the oceans and the seas.

And playing politics humans engage in drawing lines,
on the canvas representing their extraordinary abode.
Imaginary borders dividing, Earth and humanity,
in something they call countries forbidding entry

to the brothers they disown.

Migrants die in abandoned trailer after heat wave hits Texas.
Migrants die at Morocco-Spain border after stampeding to climb a fence.
Migrants freeze to death sleeping in a forest on the Belarus border.
Migrants drown attempting to cross the Mediterranean on a lifeboat.
Migrants drown as canoe holding 140 catches fire in Senegal.

Where do they come from
if not from their mother’s womb?
Earth, their extraordinary abode.