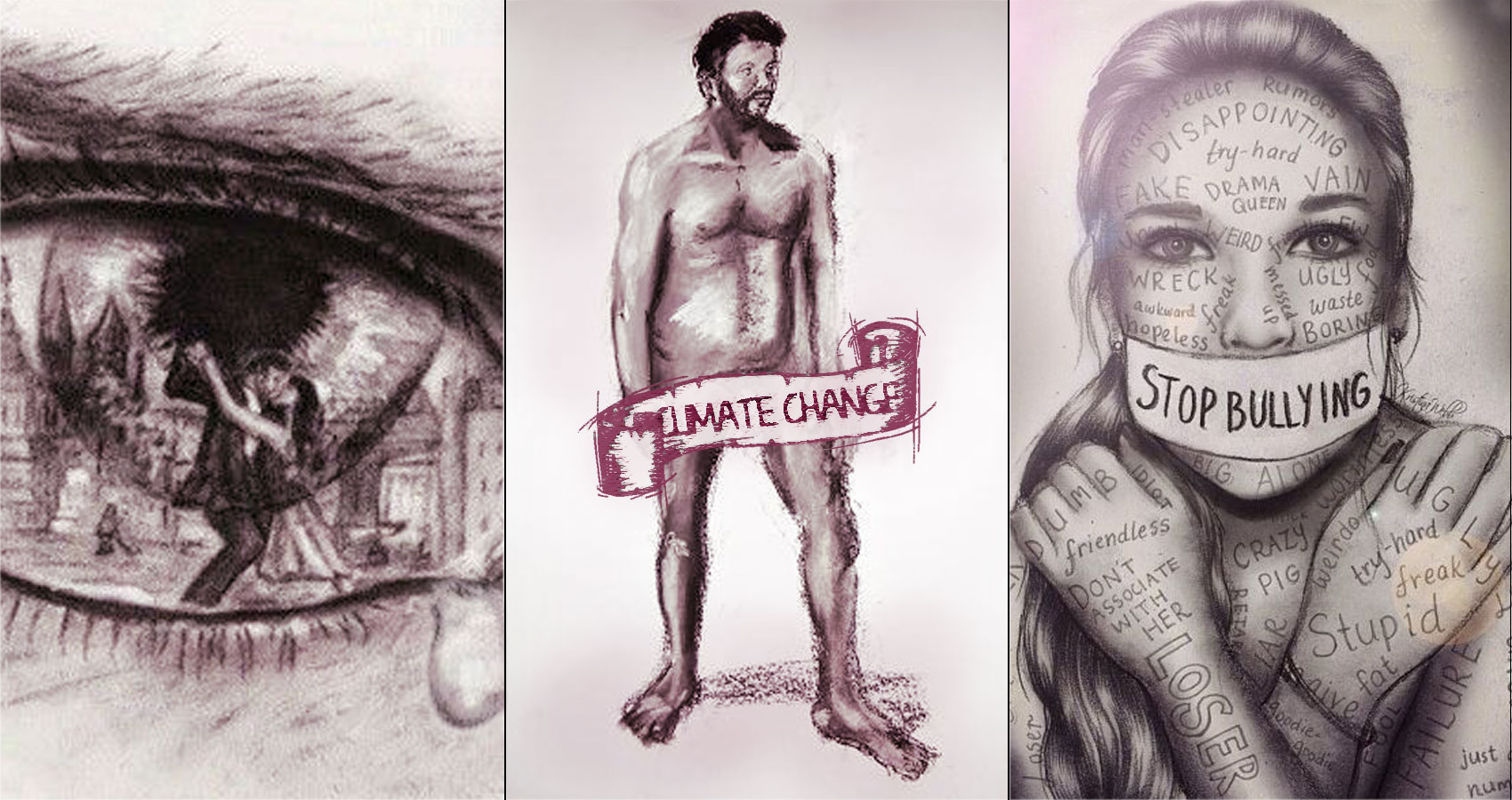 Hatred has no home with me.

It’s not rocket science
It weighs less on my conscience
More effort wasted on hate than love
Doesn’t bring honor to the lord above
The door to peace has no key
Hatred has no home with me.

Peace in our time is as easy as the choice to try
Instead, our nation chases money while the children cry
The establishments, on our differences ride
A house cannot stand in divide
It’s a simple philosophy
Hatred has no home with me.

Before mother Earth goes kaput
I’ll walk around in my birthday suit
Once corporations pollute to their own fall
They will have to bear it all
Let them get a load of this honey
They’ll lose their lunch and appetite for money.

I don’t like going naked, I love my clothes.
My wardrobe won’t matter in our worlds death throws.
If nothing is done soon
We will all be made a buffoon
So before I have to give up my shirt
Let’s fix the world, before it burns to the dirt

In the town of Westrock, lives a child not mild
Her adventures can be clumsy and wild
Trinity is a girl whose name goes with Trouble
And when it comes to bullies you can make it double
Picking on others draws more than a frown
If you raise the belt whip up, your pants will go down.

She’s a girl who doesn’t like to hit
But if you’re a bully, you better quit
You pick on others and hide in the dark
Stop right now before you’re made a fool in the park
No matter how bullies like to fight,
There is one girl who stands for what’s right

If the problem of the bully is gone
The next day is a new dawn
If the problem ever comes back around
A little girl and her friends will see you on the playground
Trinity is a troublemaker
But as a friend, not a faker

NOTE FROM THE AUTHOR:
“Hatred Has No Home With Me” is an old Facebook status of mine. Years ago, even before the Black Lives Matter movement, I watched as hate crimes and other such horrid acts were performed in our world. I keep hoping for peace, but we will never have any unless we begin to talk about it.

“Naked for Climate Change” is a joke I use with friends of mine sometimes. With such a dramatic rise in heat this summer, I keep thinking that if I go into the companies that produce the most pollution completely naked, the sight of my body would make them turn to green energy. Just a joke, but some days it gets so hot that pants are too much trouble.

“Trinity the Troublemaker” is about my first published book. It is about Trinity and the challenges she faced with a bully terrorizing the kids of the town of Westrock. It’s available on Amazon for Kindle as well as in print. It’s an ongoing series where each story focuses on an issue pertinent to the development of a community of children. Each topic I address in each story will have a charity associated to which I am donating a portion of the proceeds to support. I am currently being considered for a public endorsement.

I hope you enjoy my writing. I hope it resonates with you. And although I am a Christian, nothing in my writings should be considered “fundamental.” I think fundamentalists can be associated with extremism. My stories and poetry are just about the basics. Basic teachings with a minimum of biased ideology.

I'm an oddball with a gift for creativity. Whether it is in my writing or tackling a problem, I always think outside the box. However, I am resourceful enough to accomplish a goal using what's inside the box.

Born and raised in Hobbs, NM it was always hard to find my passion and my calling. I worked in several different jobs, and I found challenges for awhile. Writing is a singular challenge because as you create a world in your mind, you have to obey the rules in that world for your story to make sense.