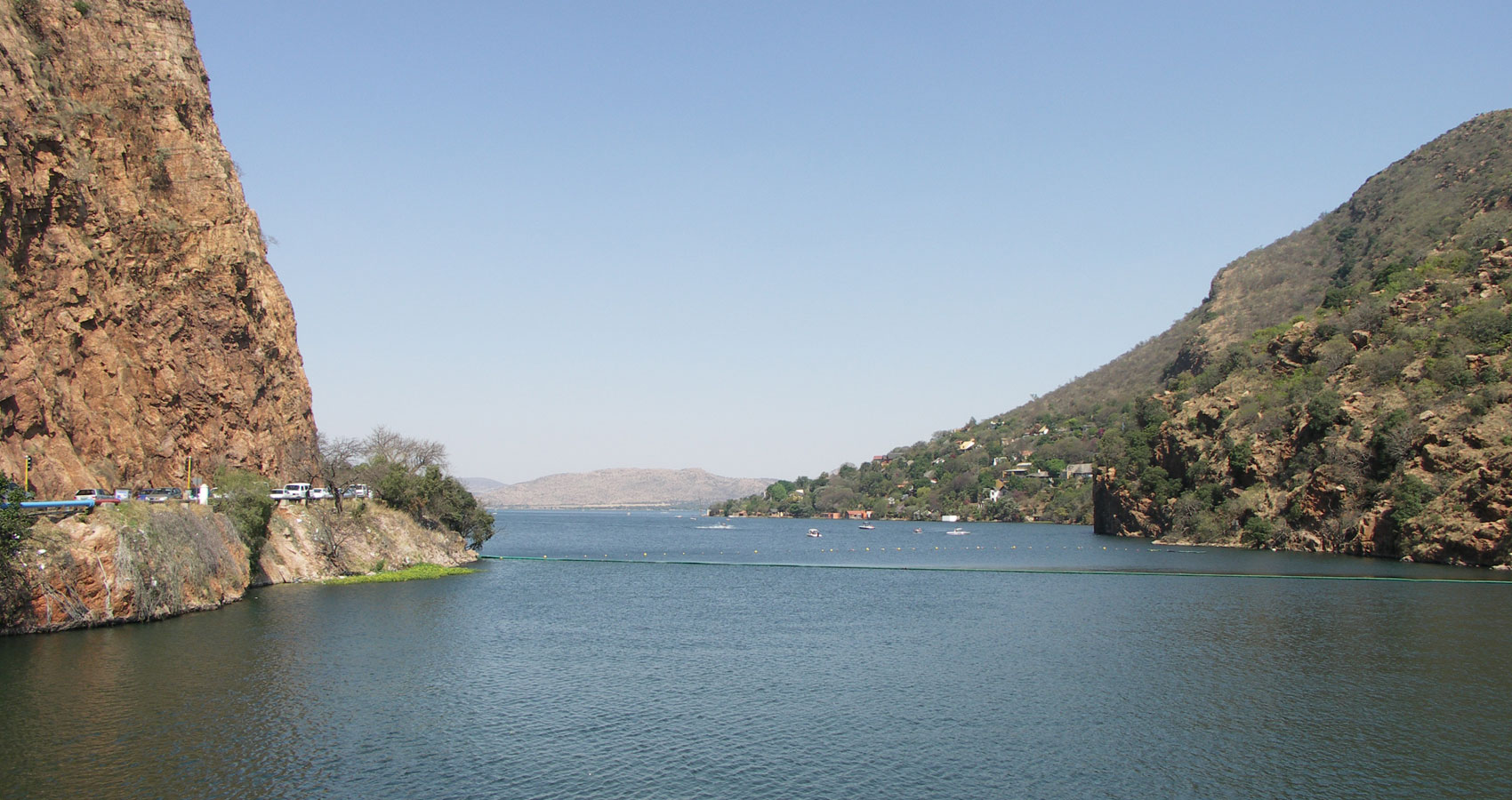 “What the hell they are thinking, idiots!”, shouted Joseph leaning back on his chair, listening to the news on the television. It was eleven in the night. “Don’t worry baby…we can take care of it in the morning”, Liz tried to calm him down. But as usual, it didn’t work. “No, this can’t wait…I have to call the others!”, panicked Joseph. Liz sighed. He went to his room for his mobile. She knew what would happen next. Through the half opened door, Liz saw him talking furiously, waving his hands and all that. Back then, when they were just married, she would stay awake all night, worrying what might happen. But, as years went by, she got used to it. So she wished him a good night which he didn’t return as usual and went to bed.

“How could they do that? The case is still in the court…”, asked Joseph to his friend John as soon as he got out of his car. “I don’t know. They just gave me this”, replied John handing him a paper. “When did this happen?”, as he asked this his hands were shaking. “They must have bribed the judge”, suggested John. “Doesn’t matter…We are stopping this!”, said Joseph decided. “How?” asked John in wonder. “Call the others. Call everyone. Wake up the locals. We are stopping this. They are not demolishing the dam tonight!”, said Joseph. John walked away with his phone on his ear.

“The Dam is not yours to demolish!”, shouted one of the protesters. The others echoed him. Social activists began to flow in. There were already a hundred. The police officer in charge called for more force. “I have informed the locals. They too will be here soon”, John informed Joseph. “Good! We are staying here all night!”, said Joseph. John nodded.

“They will shout for a couple hours and they will leave”, said his superior to the police officer over the radio.  The police officer’s phone rang. He looked at it and continued, “Sir it has already been 3 hours and no one seems to be moving. In fact, more people, most probably the locals are joining them”, the police officer replied in a panic stricken tone. There was a silence for few minutes. His phone kept ringing. “Sir…”, the police officer called. “Yes…Don’t let them get on the dam. Just keep them away and wait for further orders”, saying, the radio went silent. “Yes Sir!”, the officer answered the phone. “Sorry Sir…My superior was on the phone”, he apologised. “It will arrive there soon. You know the instructions. Follow them”, ordered the voice over the phone. “Yes Sir! Sure Sir!”, the officer answered and cut the call. As per the order, barricades were placed around the dam. The protesters continued with their slogans.

“My fellow protesters! They may have deceived the judiciary or even bribed them but we are not going to let them destroy what was built by our ancestors. It is strong. The reports they have fabricated may say that the dam is weak but we all know that it is not. The earlier reports prove the same. They just want to destroy the dam and thereby the well-being of our state. Are we going to let them?”, asked Joseph. “NO!”, the voice of hundreds of people echoed through the sleeping trees of the night. “Yes…We are going to stay here for the night”, announced Joseph. John came near him and asked for a minute alone with him. “What is it?”, asked Joseph. “It’s one of the protester’s son. He’s missing”, replied John. “What? When?”, asked Joseph. “Just a few minutes ago…He came to fetch water from the river. But, he didn’t come back”, explained John. “There must be some misunderstanding. He will return. Just wait”, encouraged Joseph. John slowly nodded.

Policemen stepped out from the truck with shields on one hand and batons on the other. They formed a line along with the barricades to prevent people from going near the dam. Experts were fixing the explosives on the dams. The protesters were sitting close to the dam and continued with their slogans. “Joseph…He still hasn’t returned and…”, John was interrupted by Joseph “What? Still hasn’t?”. “Yes…and there’s more. One more boy is missing!”, said John. “Oh my! I think they are kidnapping the children to create confusion and to separate us! We should not give in to them”, said Joseph. John paused for a moment, thinking. “What you say may be true and it is already working. You better come there and explain to their parents”, suggested John. Joseph accepted.

“You have to believe me! They are trying to distract and divide us. We shouldn’t give in to it.”, said Joseph trying to convince the mothers of those children. “We believe you Sir. That’s why we are here in the middle of the night. But…but our children”, she broke out crying. Joseph held her hands in his and said, “We will help you find your children. Don’t worry”. He then turned to John, “John! Be here and keep a watch on the police. They are trying to trick us and send a few young men to me”. John nodded and went away. “Where did you say your son went?”, Joseph asked the boy’s mother.

“This is the place where we usually fetch water. He knows this. He surely must have come here”, said the mother. “Ok…You go in this direction. You, this one. You take this and you come with me”, Joseph ordered the men around him. “Please go back and let us find your son. I promise you we will return with your son”, Joseph promised the mother. She slowly walked away. “We have to find her son soon. If you find anything inform me”, ordered Joseph. They all walked away in different directions.

“Guys, did you find anything? It’s been an hour”, asked Joseph over the talkie. “Ah…No Sir”, came the reply from one. The same reply came from the rest of them. “Did you check the beyond the dam?”, Joseph asked. There was no reply. “Did you check beyond the dam?”, Joseph asked again raising his voice. “But Sir…”, Joseph interrupted “No BUTs! We are going beyond the dam. Police. There may be many. But, they can’t see everything. We have to find the boy! Meet me near the dam”, said Joseph and walked towards the dam.

The beams from the flashlights were moving all over between the trees. “Sir….I think…I think I found him”, one of them shouted. The others stopped their search and started walking towards his direction. They reached him. He was standing there, with his flash light in his hands and a bewildered expression on his face. “Hey! What happened?”, Joseph asked patting his shoulder. He didn’t respond. His eyes were fixed at something before him. Joseph pointed his flashlight at the direction he was looking. The boy was lying down there, half of his body submerged in the river water. Joseph went to him and pulled him out. To everyone’s horror, only his upper body came out. They all let out a cry. There was a silence of shock. Suddenly, they heard some disturbance in the water. They shone their flashlights on the river. Something swam and went into the water. It was like a fish, but a big one. “Now what the hell was that?!”, one of the men asked in disbelief.

They all stood there, having no idea of what to do next. Joseph was thinking about what to say to the boy’s mother. His thought was disturbed by a sweet humming. He looked around him. There was no one. “Hey! Is anybody there?”, he called out. “Hey honey…”, a sweet voice called to him. He turned around. “Liz! What are you doing here?”, he asked in surprise. “I came for you. I couldn’t sleep knowing that you are here. So, I came”, she said. “But, how did you know I was here? I didn’t say anything to you…”, Joseph asked. “I watched the news…”, she replied in a seductive tone, slowly walking towards him. As she was about a feet from him, his phone rang. He took out his phone. It was Liz. He couldn’t believe his eyes. He looked up. Liz ran towards him with her mouth open, exposing the sharp teeth inside. He started to run. After a few minutes, he turned around. It stopped. It was something. Something different. Its skin green, eyes blue, a transparent kind of blue with two red patches around them. Her lower body was changing. Slowly the legs vanished and fins appeared. She or it looked like a…like a mermaid, but only horrible. Terrified, he looked around. Everyone who came with him was lying on the ground, dead, with a bite wound on their neck. His phone rang again. He looked at it. It was John. She started to move towards him. He started to run towards the dam. He thought it wouldn’t follow him through all the people. His phone continued to ring. He looked at it. It was still John. As he was nearing the dam, one of the columns, on the other side of the dam, holding the gate exploded. He stopped in shock. He turned to see if that thing was still following him. As he turned, it jumped into the river. He turned back. One by one, the other columns exploded. He soon mixed and disappeared in the fire and debris of the explosion.

“It is done”, the police officer informed through the phone. “Good! Kaaiman?”, the voice over the phone asked. “It should have died in the explosions”, replied the officer. “Make sure it is”, said the voice and the call ended. The police officer slid his phone into his pocket and looked at the dam or at least what was remaining of it. The water in the river flowed over the debris and the fire. With that the Kaaiman swam into the river, free now.

NOTE FROM THE AUTHOR:
Kaaiman is the name given by the locals in South Africa to a terrifying river mermaid which is known to hunt its prey by luring them with what they desire.