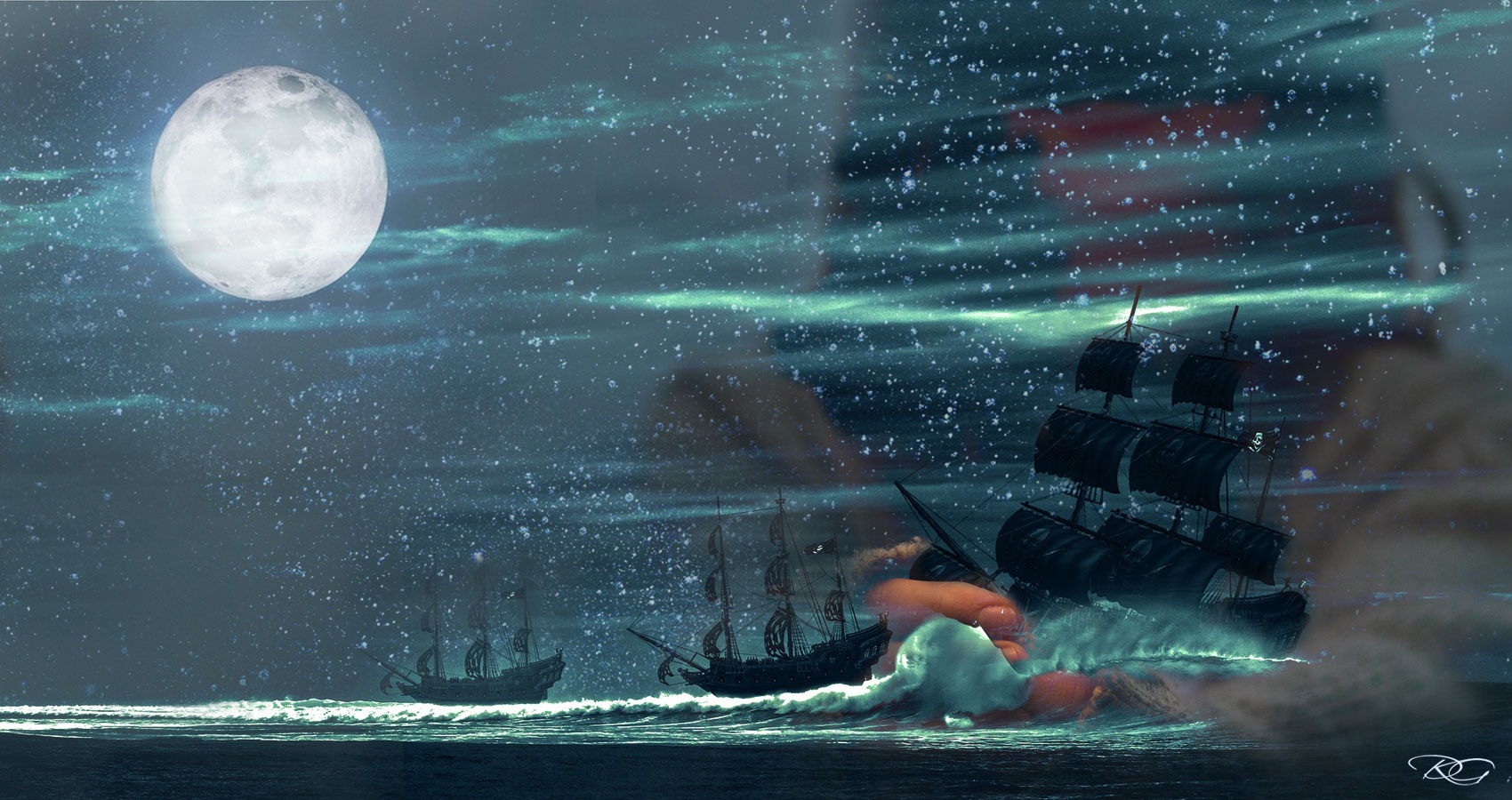 Midnight embraces ships on dark seas
in dark shaded hands it holds them,
in silver streaked mirrored oceans
on starlit nights sailors seek Polaris
to orient and guide their course,
sleeping in stupor sailors in holds
dream of land and sweet familial faces,
while those who work the mast and mains
rigging and jigging blow spit bubbles,
in the wafting cold breeze and watch,
moonlight globes float away
for a while before they pop.

Columbus stands at the helm,
holding the wheel and praying for wind
for he is lost and stranded,
in his quest for India,
with its spices and silk,
wealth untold and savages,
who know little of its worth.
Portuguese men of war’s glow
lights the ocean in luminescence
its floating fluid filaments glow,
neon blue, trailing the waters,
they bob and float and driven
by midnight air they move,
hunting for fish drawn to the light,
the ship lurches as sails,
fill with air and begins to move.
The ship comes alive as nimble
hand and feet run ropes,
trim sails and Columbus
is glad he is awake,
shouts commands,
as midnight guides him
on a blue moon,
a step closer,
towards our destiny.