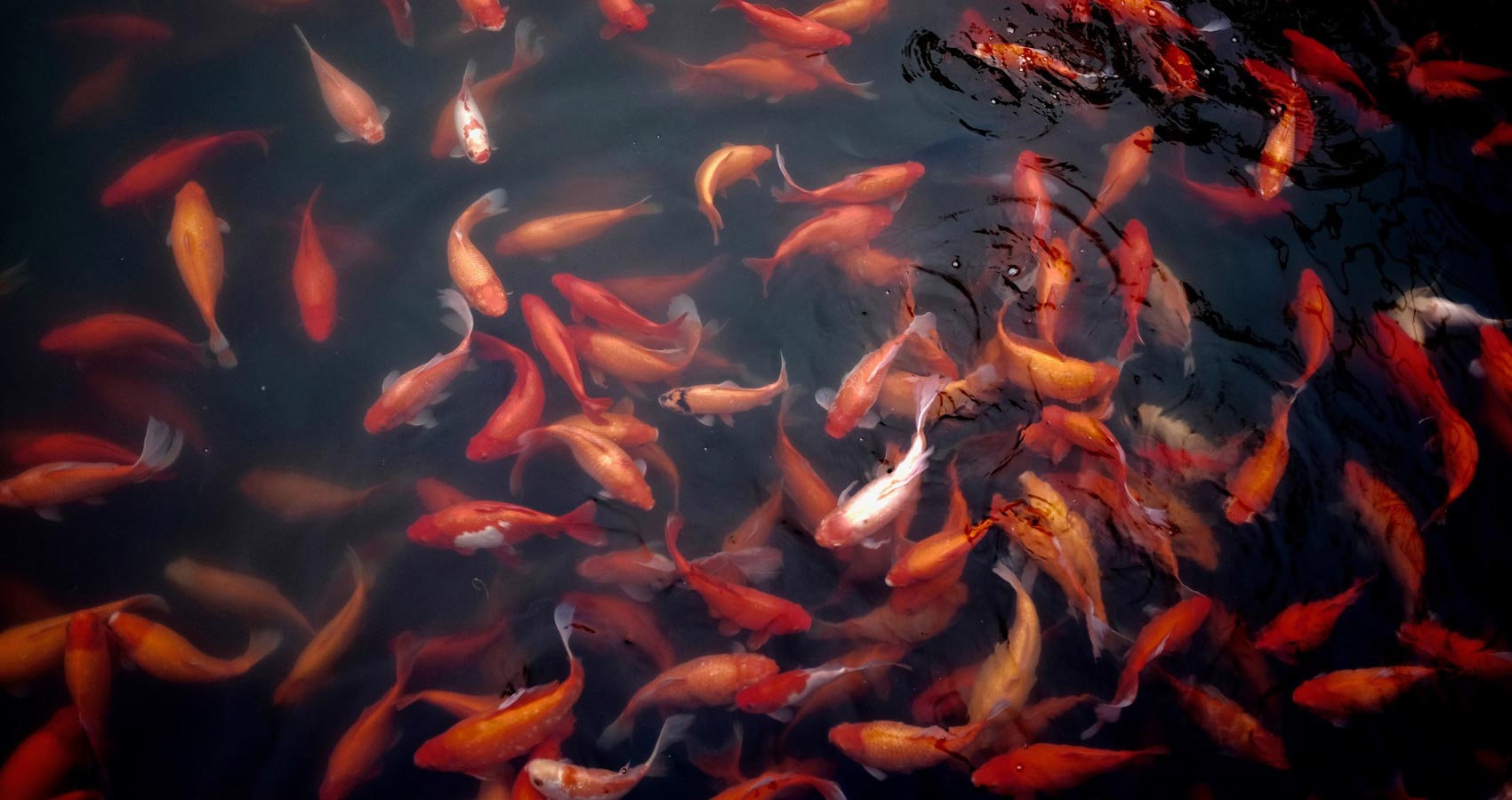 Arnold Fitzpatrick trudged down the sidewalk, shoulders hunched against a sadistic wind that was doing its best to relieve him of the loaf of bread he carried in a plastic bag.

Rain dripped off his nose, earlobes, and any other route, however creative, it could find towards the ground. His blond hair, usually curly, was flattened to his head. Arnold was drenched, body and soul.

He’d been wandering since leaving work thirty minutes prior, avoiding going home. This had been one of those days that was so awful he couldn’t risk bringing even a crumb of it back with him and contaminating the whole place. It was a day that had to be walked off until he was cleansed enough to go back to his holy of holies: that tiny apartment above so many other tiny apartments, all stacked on top of a sushi restaurant.

So Arnold made his way through the neighborhood botanical garden. He considered how a decent view of the city made park designers feel like they could cut an inordinate amount of corners in every other area, and wondered if the rain harassing the bay might be a sign of relational issues in the water cycle, and then he arrived at the little fish pond at one end.

The twenty-three goldfish that lived there recognized his ankles and swam to where he stood with a chorus of “hellos.”

“Well,” Arnold sighed, “I thought it couldn’t happen, but today was actually worse than last Friday.”

The fish replied, “Did you bring us some bread?”

Arnold dragged a wet hand through his wet hair and began his lamentation.

“I was running late this morning, so I didn’t get to exercise or shower or even eat. And you know how I am when I’m hungry.”

“Yes, hungry…” the fish murmured, staring pointedly at the bag in Arnold’s hand. But they knew it was no use trying to rush him when he was like this. They settled in among the lily pad roots to hear the story.

“Then I get to work and guess who the other person on shift is?”

“Who wants to bet it’s Sharon?” muttered one elderly fish to her friend.

“Sharon!” Arnold went on. “Not Martina, like the schedule said. So it’s me and Unexpected Sharon, which is even worse than Regular Sharon, and she is in full-on Super Waitress mode. Anyone can take an order, lady, it doesn’t take a genius!

He took a steadying breath before continuing.

“I was going to tell Martina that I watched that movie she recommended, and we were supposed to have a nice, slow, rainy morning talking about it over coffee while we waited on one or two people. But no. It was Sharon, and it was such a crazy breakfast rush that I couldn’t even get a cup of coffee until eleven. So, headache, obviously.

“And then, I come back from the bathroom to find her taking orders from my tables! I told her to leave my customers alone, and she said if I wanted my tips I had to actually wait on my section. I was so pissed that I actually argued back. Then Manny, who was on the grill today – because why wouldn’t the owner of a restaurant decide to play fry cook on a random Tuesday? – said he wouldn’t tolerate fighting in his diner, and sent me home. Three hours early! And that monster Sharon got to stay. And on top of it all, I forgot my umbrella, so I’m soaked – which is much less pleasant for me than it is for you.”

He gestured at his audience, and in so doing remembered his bread. He took it out of its bag and peppered the surface of the pond with bite-sized pieces. The fish erupted into a frenzy, cheering through full mouths.

Arnold went on to elaborate on other dismal details from his train-wreck of a day, but goldfish can’t really eat and listen at the same time, and they chose in favor of their bellies, as goldfish so often do. Eventually Arnold sloshed off down the street.

One fish said to her older brother, “I wish he would cheer up sometimes.”

“Don’t,” her brother replied. “When he’s grumpy he brings ciabatta.”

Olivia Rerick was born in Brooklyn, NY and moved to Italy with her family at the age of eleven. The process of acclimating to a foreign culture, learning another language, and traveling often as a young child has given her an interest in and eye for detail, and why people behave the way they do. This focus is evident in her work, which aims to romanticize the interior life of the everyday person by putting it in the spotlight for a moment. Olivia primarily writes short stories and poetry, but branches out whenever the mood strikes her. Today she is a professionally trained mosaic artist living in Brooklyn again with her husband, cat, and pet snail.