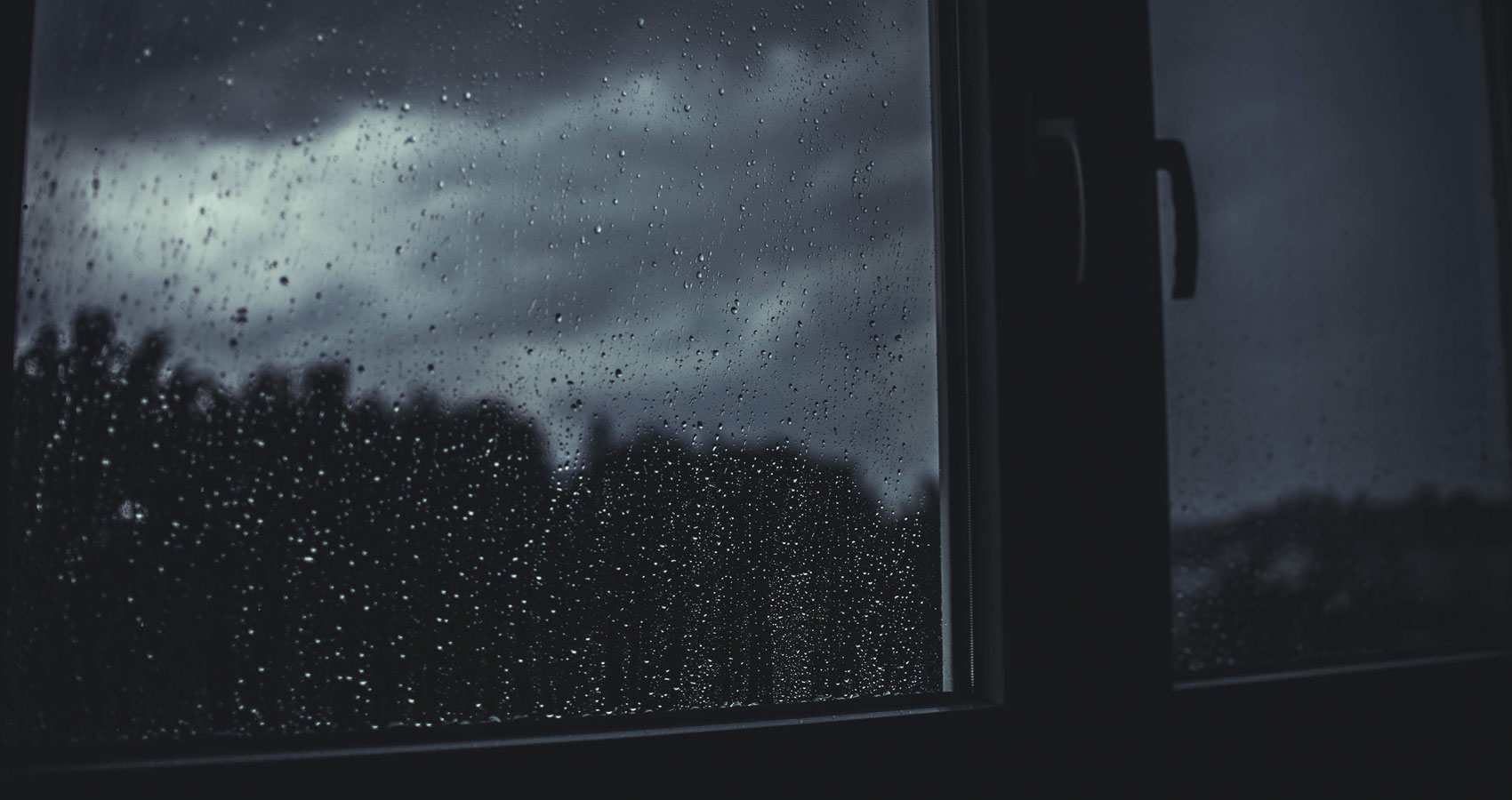 the rain slammed down
striking the roof like thousands of stones,
as if the vivid dream i just had
was being played out in real time
including the strong scent of the storm
ice blue light flooded into the lounge room
so i gripped your hand a little tighter
while we walked down the hallway
convinced if i let go i would begin floating
we found the back door flung open
banging away like pots and pans
i felt the winds force all over again

“Oh God it’s exactly like my dream.
Wait until i get inside the bathroom
as i feel like i’m going to take flight.”
i knew how insane i sounded.
so much so sometimes i worry
my kind of crazy is too much
for your kind of normal

instead of leaving here you are
standing in the middle of our hallway
during the darkest time of night,
with the thunder bowling above,
holding me so so tight against you.
“It’s okay i won’t let you fly away.”
you said gently, seriously
like we’re having the most natural,
normal conversation in the world,
and i believed you.

while growing up
sunlit flying dreams
were my ultimate escape
regularly sending me soaring
above green oceans, over blue mountains
with waterfalls spilling soft serve vanilla ice cream
once two peacocks flew along side me
speaking conversational Chinese fluently
which somehow i understood
leaving what i knew behind
i dreaded waking up

tonight’s dream was different
after catapulting into the night sky,
how to fly came right back to me
the cold sent shivers of exhilaration
electrifying my entire body,
the rain streaming down my face felt wonderful
with lightening streaking a silver path ahead
the sense of absolute freedom was so thrilling
i became completely entranced
only once the city was left far behind
instinctively i stopped midair,
trying to keep myself balanced,
i turned around awkwardly
filled with an intense urgency
to return home as quickly as possible
i flew so fast the wet night blurred
as unlike when i was a child
all i could think about
what mattered to me most
above anything else
was flying back to you