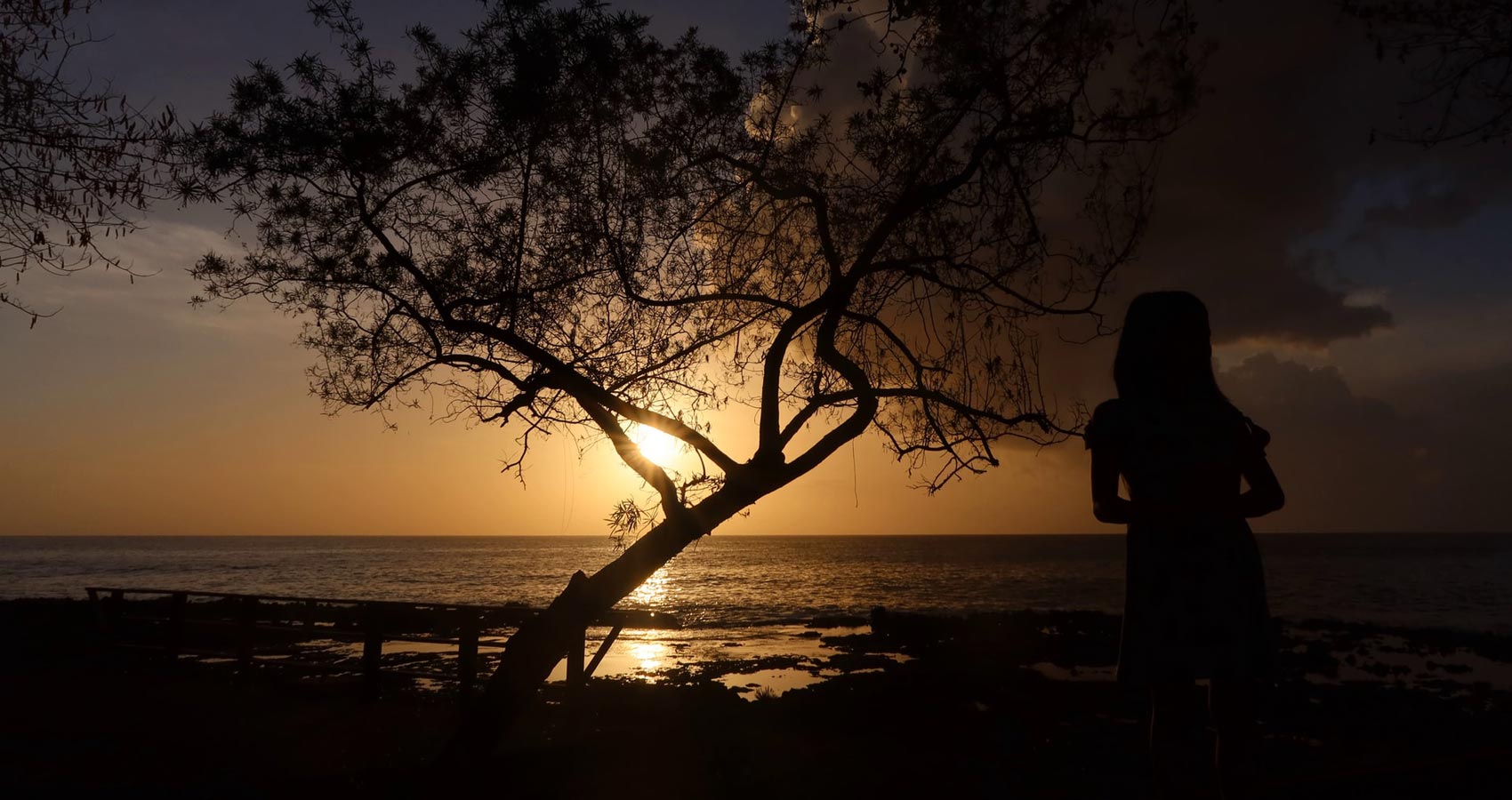 Terceira, one of nine Azorean islands, 1880

Fifteen-year-old Isabel and her widowed mother, Jacinta, worked under a dim candle long into the night, stitching pre-cut bundles of cloth for a measly wage.
When Isabel wasn’t piecing fabric together, she crocheted beautiful gloves, a thank you, to wealthy people for their hand-me-downs. She marveled at how her mother could take a tired old dress and make it into a beautiful new fashion.
Sometimes, with crochet thread gliding, in, out, and across her fingers, she imagined a young woman wearing the gloves. Was her skin olive-toned, like hers? Did it show through the loops of stitches? Was she as young as her?
Antonio watched Isabel’s mother leave the small stone home, then he dashed across the dirt road and knocked on the patched wooden door.
Isabel answered, peered out to see if her mother was in sight, then quickly ushered Antonio into the house.

“What are you doing here?” she whispered.

“I’m leaving Terceira.” He rubbed the back of his neck.

Eyes widening, she shook her head, “You can’t, not after what happened.”

She grabbed his arm, “Take me with you. We can get married.”

“I’m twenty-one. I have to go.” He brushed her hand away.

Tears barely held back Isabel struggled not to cry. She walked toward the kitchen table, pulled out a chair, and sat. Avoiding Antonio’s eyes, she stared, unfocused, past the large metal bowl on the counter.

“When are you leaving?”

“I will never forgive you.”

“Yesterday, you said you loved me. So, I gave into your passion.”

Six weeks later, Isabel sat on the side of her bed. Her stomach churning, she placed a hand over her mouth. Running to a chamber pot in the corner of the room, she vomited. Then, throat dry, mouth sour, and not wanting to wake her mother, she staggered into the kitchen for a glass of water. She wept.
The first ray of light flowed through the window. The night would soon turn into day. A rooster crowed in the distance.
On Sunday morning, Father Silva, dressed in a black cassock, stood near Saint Miguel’s Church entrance. He nodded to greet the parishioners as they passed.

Isabel gazed down at her feet. Guilt crept into her as the tiny lump, the size of a raspberry, formed in her belly.

After mass, Isabel remained in the coolness of the church. Candles flickered. The scent of roses and beeswax mingled in the air. The quietness suited her. She strolled from the rear pews toward the front and knelt at the foot of the life-size statue of the Blessed Virgin Mary. “Bring Antonio home. Please.”

“Is everything okay, Isabel?” A voice came from behind.

She turned. Tears flooded her eyes. “Oh, Father, I need to go to confession.”

Three o’clock in the afternoon, the rain had stopped. Isabelle trekked down a muddy path toward the church rectory with an oversized shawl draped over her shoulders. She reached for the knocker and rapped on the door. While waiting for an answer, Isabel listened to children playing on a spot of grass. Then, as she lifted the knocker to rap again, the door cracked open.

“Isabelle, what are you doing here?” Father Silva asked.

Isabel scraped the soles of her shoes on the mat and stepped into the entry hall.
Father Silva escorted her into his office, cleared his throat, and motioned to a chair. “Have a seat.”

She sat while he pulled another chair next to hers.

“Remember what I told you in confession?”

“Yes. Have you told your mother?”

Isabel shook her head. Scooting toward the edge of her seat, she interlocked her fingers and begged. “Could you tell her for me?”

“Confession is sealed. Isabel, you’ll have to tell her yourself.”

“Have you heard about the home for unwed mothers?”

“Where they put babies for sale on a wheel?”

“The foundling wheel doesn’t exist anymore.” Then, shaking his head, “Displaying newborns like merchandise.” He made the sign of the cross. “But the house is still operating. Midwives are running it. They help place babies for adoption.” Then he opened his prayer book, hidden between the pages, took out a holy card of Jesus, and handed it to Isabel.

She flipped it over —psalm 23. The Lord is my shepherd—

“You have to think of the infant and the disgrace it would bring to your family.”

She glanced at the card. I wonder what Jesus would say about that.

“Isabel, you’re in no position to be a mother.”

She paused and got up. “Sorry, I won’t bother you again.” Isabel marched toward the door.

“Do what’s best for the child.” Father Silva called out.

She turned. “I am. A baby belongs with its mother.”

Outside, the sun had burned darkness out of the clouds. Isabelle looked up and tightened her shawl.

Later that night, rain pelted hard against the window as Isabel and her mother sat stitching cloth in the candlelight.

Heart pounding. Hands trembling. Isabel said, “Mama, I’ve got something to tell you.”

Jacinta pushed the threaded needle into the cloth and pulled it through. “Yes.”

Isabel continued sewing while searching for the right words. “I am… I’m so ashamed.”

Isabel swallowed hard. “How did you know?”

“I’m your mother. Is Antonio the father?”

“You’re going keep the baby.” Jacinta tied a knot, bit off the end of the thread, and put down the fabric. She looked at her daughter. “I never liked Antonio. He has shifty eyes.” She rose, and, placing her hands on her waist, she stretched.

“That’s enough for tonight. I’ll make us a warm cup of cocoa.”