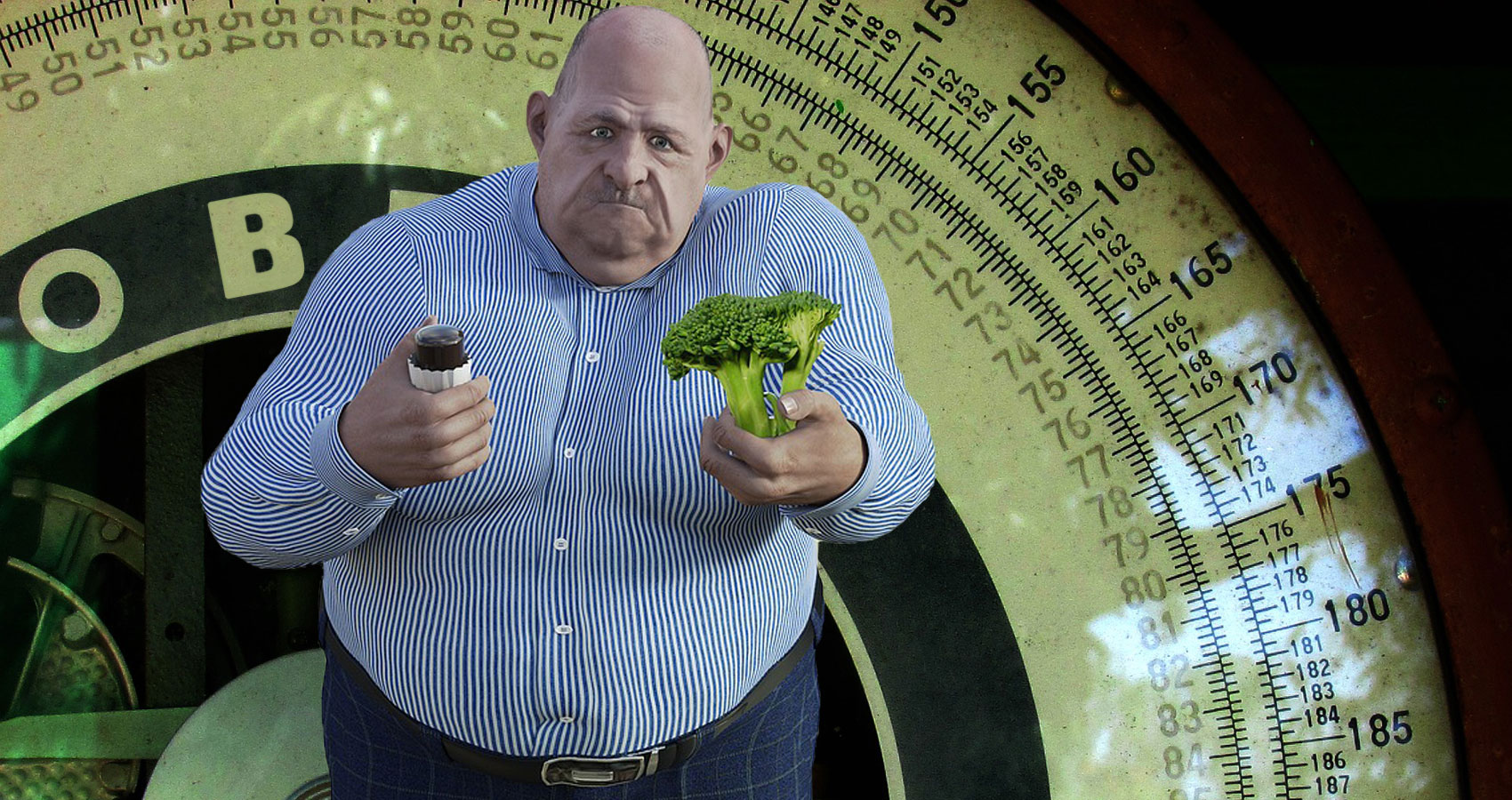 Now, I am not a huge man

I’m not large by any means

In fact it is surprising

My pants don’t have elastics

I still use normal towels

But, my BMI stats tell me

I’m a word that has three vowels.

It started just this morning

When I got upon the scale

After getting back my numbers

Our scale is something special

Uplifting messages it did send

Today when I stood on it

It said, is it you and your fat friend?

I thought this can’t be right

I saw the numbers there

But, I’m damned if I know where

I thought that the old batteries

Just needed to be changed

But, the numbers were the same again

That damn scale is deranged

Most times I eat real healthy

No fried foods and lots of greens

But I keep on getting fatter

And I don’t know what this means

I entered all my numbers

My height, and weight increase

And when my BMI was figured

Now, I do not ride a scooter

I wear an xl shirt

But seeing that word on the chart

I watch shows on my TV

of people in bad shape

They weigh in at 600 pounds

And to them I am a grape.

My knees may hurt, my back is sore

But that’s not from my weight

They hurt from my arthritis

Not from my rotund state

Obese, to me is something

That I swore I’d never be

It’s a tag that is real hurtful

And it is one I have to see

Each time I get upon the scale

And then go to the chart

It comes up as obese each time

It really breaks my heart

Now, exercise and I are friends

We met once in the past

But we always seem have a fight

And our friendship does not last

I’ve tried diets that do wonders

They make the pounds fall off

But after twenty pounds of loss or so

My body starts to scoff

It says “you know you’re fooling no one”

“So, come on down off the treadmill”

“And let’s go get some cake”

So exercise is not for me

There must be other ways

To lose the weight that I’ve put on

One I can do in days!

I’m looking for a short cut

To break me from my obese rut

So, I chose Liposuction

Where they stick a tube inside my gut

They said “you are a candidate”

I knew I had to get the weight off

If I wanted to get laid

They took me in a little room

And had me lie down on the bed

Then they put a tag on my big toe

They said it was to tell them what to do

They drew some lines upon my gut

and down on to my thighs

I said don’t touch nothing down there

They told me that the lines were just

To show them where to suck

Again, I thought below my waist

And I thought “just my luck”

They said a hose would suck the fat

That my body had in store

I thought, that’s only so

I can fill it up with more

They said that it would hurt some

And I’d be sore and bruised

Then they showed me a few pictures

I said, no thanks, I’m outa here

I didn’t put it on that quick

And I won’t lose it overnight

And I’ll go and walk a bit

I’ll use the stairs a little more

And this time I won’t quit

But, as I thought of liposuction

And that really neat machine

Would be so bloody keen!

And folks, here is the scoop

I’ dropped two pound this afternoon

I just had a good poop!

If your scale says you’re obese

For I’m in this fight beside you

And our weights will both decrease!