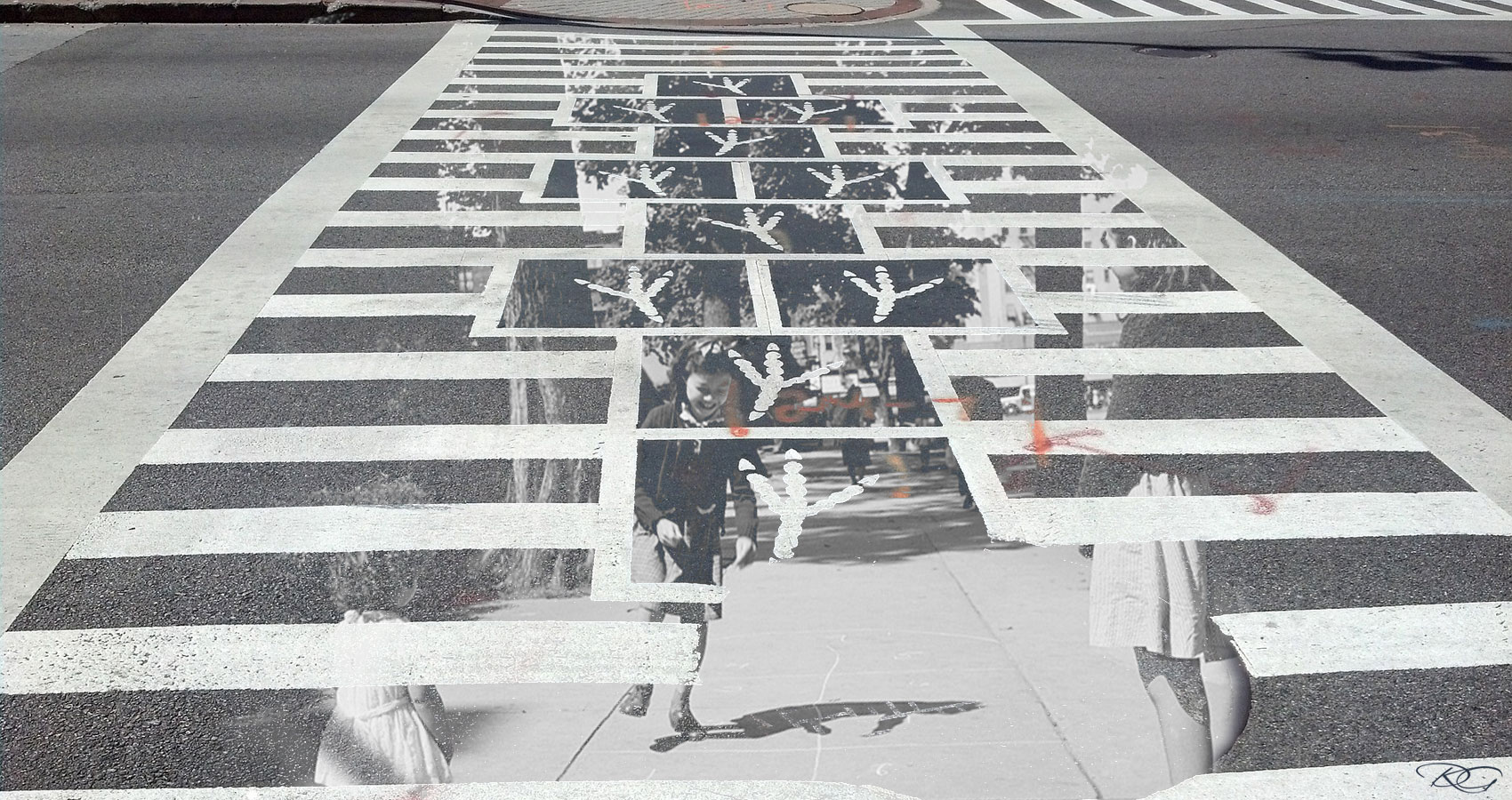 Pavement And Noise And Life

Pavement And Noise And Life

The streets were never lush, let’s get that out of the way. But there was pavement and noise and life.
There were blurred pink chalk lines on hop-scotched sidewalks, and the frantic candy-wrapper crackle of curbside chatter. There were twilight games of kick-the-beer-can, there were men in khaki shorts who sagged in their lawn chairs and talked about baseball and beer and ten percent down for that Bonneville over in Brockville.
Most mornings, you could see and smell the Wonder Bread truck on its way to McLaughlin’s Confectionery, dragging a hot whiff of fresh rolls and grubby exhaust behind it. There were stacks of newspapers tied down with coarse brown rope on the corner of Colborne and Chatham, the Sunday funnies already magically stripped out. There were women who tended their flower beds — marigolds and Gerber daisies, mostly — who, in the afternoon, flocked around Mrs. O’Dell’s front stoop and drank Pepsi Cola out of tulip glasses.
This was the hub of civilization. Here, yes, and if you turned your head, you might miss something big, something urgent. Like:
Scotchy’s Ice Cream truck rolling by every Wednesday around two o’clock (but usually closer to three, and sometimes one-thirty; there was a confounding meanness to it, and it was thrilling!). The truck chimed an ephemeral song, and it was called Summer. Kids scrounged for couch nickels and jar pennies before it drove away, soon, too soon, hurry!
There was the familiarity of time and light, and those well-trod paths between screen door and street, and kids burst from the doors wearing the same homogeneous tennis shoes, the same bleach-scorched t-shirts, the same blistered jeans. Everything was home. It was an insulated space, a place of being and belonging.
Ah, but the years accumulate and it fades, fades like the heart, fades like that first inept kiss, fades like the plank seat of a backyard swing. It never leaves, but it’s not the same. You come back twenty, twenty-five years later and it’s an old photograph that doesn’t line up with your self-portrait. It’s strangled weeds and dirty vinyl siding and busted porches. The noises are louder, the faces have changed into strangers. The buildings have become smaller, or disappeared, or reassigned as parking lots or Dollar Stores. Everything has shifted, and all the angles are wrong.
It’s lonely, but maybe that’s okay. The only place where it needs to live on is in your head. So try to keep that in mind when you come back: the streets were never lush. But there was pavement and noise and life, and it all still belongs to you.