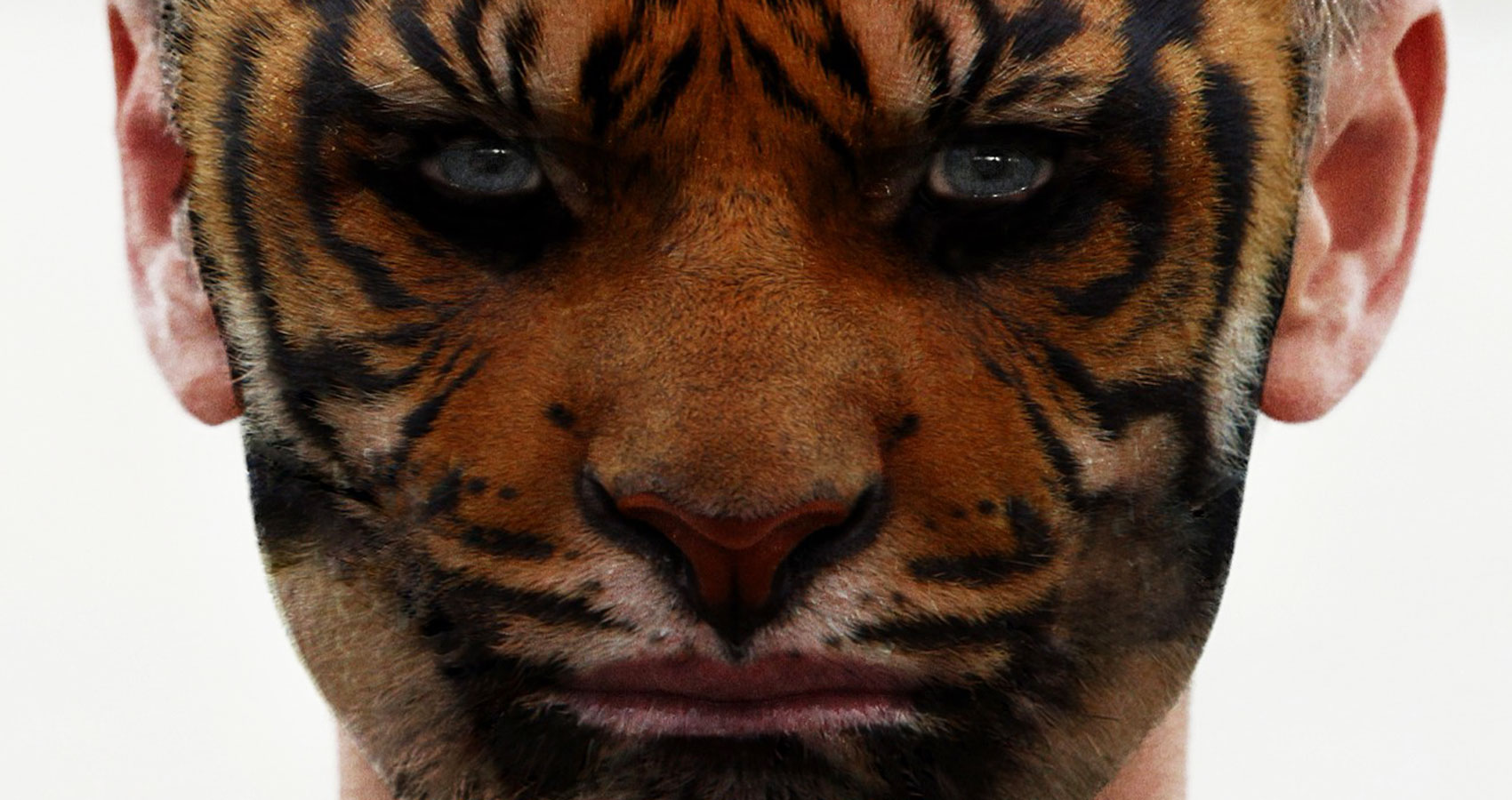 Squealing children freed from the prison of 4th grade swarmed out of class to the rat-a-tat of the final school bell for the year. Tomorrow would bring adventures beneath the hills of Mount Juhka with countless caves to explore. It was the transition from adolescence into the maturity of teenagers seeking their rightful place in the world. With the plans already formed and maps consulted, four children prepared for the greatest moment of their lives.
Summer vacation.
Tavax bolted across the playground escaping the bullies who tormented him all year. He and his youthful crew planned to meet off the Tiger Creek trailhead and begin their search for unfounded treasures and demonic monsters lurking around the cliffs. Edhe would meet with Rumani and Qutaks and join Tavax at the predetermined location.
Nighttime crawled leaving Tavax desperate for tomorrow’s fun. Dinner was a simple meal of potato stew and toasted bread with a smearing of butter. Not quite a feast but it filled his belly. He never grew into a fully developed boy due to the lack of nutrition making him the target of Therekacs’ unrelenting torment. He hoped the summer months would bring on a spurt of growth and he’d turn the tables on him.
Collapsing in bed, he tossed and turned fearing he would not sleep. The moons lit up the poster of Maharaja on the wall, Goddess of the Rakshasa from his favorite cartoon. She protected her clans with loving grace, always there in their time of need.
“Maharaja, please help me sleep tonight.” He said softly. “If only you’d be real, maybe you’d protect me.”
A soft purr echoed in his room lulling him into a meditative state. His eyelids drooped as he smiled. With his wish granted, he slipped into a peaceful night of rest with the comforts of Maharaja watching him.

Tavax awoke in a huge satin-sheeted bed with pillows surrounding him. His chest ached from the ragged coughing from the night before. He cleared his throat and gradually pulled himself out of bed. Staggering slowly he worked his way to the bathroom. Flicking on the light, he gazed into the mirror horrified at what stared back at him.
A pair of silvery slanted pupils surrounded by blood saturated irises reflected the Eye he had rescued before he passed out. He slapped himself across the face a couple of times hoping the mirage would vanish, but they remained.
“It is good to see you awake, my Child.” Pirmusmi said from the bedroom.
Tavax spun to find the Rakshasa he once admired watching him with a malicious grin on her face.
“What—what happened to my eyes?” Tavax said.
Pirmusmi strolled into the bathroom, “You’ve proven yourself to be Rakshasa at heart. You are reborn and will carry on OUR legacy of dominance. You see, our kind paid a price for our magical prowess, and you will help balance the scales.”
His arms rippled with muscles and silver tipped scarlet fur sprouted from his body. He was becoming Rakshasa, and it pleased him. Turning to the mirror, his facial features altered to that of a feline with whiskers jetting out from his cheeks. Sharp fangs protruded from his mouth and his tongue lashed out like a whip. He raised his hand to stroke the fur on his face and steely daggers shot out from his fingers. Razor-like claws tore into his cheek spilling blood down his face. He licked the tips of his fingers clean only to discover the taste of blood nourished him.
The transformation altered his perceptions of his life. He had been the weakling; an easy prey to the predators in school. His family had been destitute since his birth. His despair of life turned in his favor. The wrongs committed against him had to be avenged. The Rakshasa awakened within him a means to exact his horrors on those who tore him down.
Tavax turned to face Pirmusmi, “Why me?”
“Many have called upon us with little intention of honoring the spirit of my people.” She knelt beside him. “You touched upon my heart. You awakened the ghost of our ancestors when you prayed to Maharaja to help you sleep. Do you not appreciate the blessing you have received?”
Tavax pondered the blessing of strength derived through the death of his friends. Seeing them vaporized within the pool of Maharaja disgusted him last night. Now, he relished the surge of superiority his worship of Maharaja bestowed him.
“I do, Pirmusmi. I love my new body. But can I go home?”
Pirmusmi’s body shimmered in a ball of light. When it dimmed, she stood before him a voluptuous woman with long flowing indigo hair. “As Rakshasa, you can transform yourself into human form. In time, you shall understand.”
“COOL!”
Any doubts Tavax had about becoming Rakshasa vanished upon seeing Pirmusmi change with a simple thought.
“Come, the birthing you went through exhausts the body and you must eat.” Pirmusmi walked to the door without turning back.
Tavax followed, dreaming of becoming human and blending in with the others. At first, he thought of the delight he would find in becoming Rakshasa in front of Therekacs and tearing his clothes from his body with his claws. His greatest bully would never mess with him again, especially if he severed a couple of his fingers on the hand which beat him daily.
Pirmusmi led him to the dining room where Edhe stood at a table devouring a hefty meal. Ibasama watched beside him, stroking the fur on the top of his head purring loudly.
“Edhe is one too?” Tavax exclaimed.
“Yes. He awoke about an hour ago and was eager to feed.” Pirmusmi escorted him to the opposite side of the room where a feast awaited him under a silken table cloth.
“THANK YOU, PIRMUSMI!”
Tavax heard his stomach growl as the hunger pangs gnawed at his insides. The intensity doubled him over and he had to sate it. He sniffed the air and could smell the sweet succulence of barbeque. Meat at home was scarce and his appetite was monstrous.
Pirmusmi grabbed the edge of the table cloth and peeled it back slowly to reveal the barbequed corpse of one of the boys who couldn’t swim sprawled out on the table. The skin had been flayed back revealing the flesh on his chest.
Tavax’s moment of shock was dulled by the savory sauce which coated the boy and browned his flesh
“EAT UP! It’s the best meal I’ve ever had.” Edhe shouted out.
Edhe glanced across the room at Tavax, his turquoise fur slathered in sauce and chunks of flesh tangled from his fangs. He smiled malevolently and returned to the meal before him.
“Is this for me?” Tavax asked.
Pirmusmi growled softly as she smiled.
Flashbacks of the humans killing the Rakshasa spurred on the vengeance he had felt for the creatures before. He understood they only wished to survive, and he would assist them. The corner of Tavax’s mouth curled as he approached the table. A soft purr emanated from his heaving chest as he opened wide and began to feast.

Horror has plagued me since my childhood, which is why I have chosen the name NOBODY to publish under. It signifies a child who existed yet was invisible to those around him. I have mined nightmares of my past, events that have traumtized me and turned them into something I CONTROL. I invite you to join me as I emerge from the shadows of my past and reveal the darkness which hides in my soul.

Latest posts by Jim Davis (Nobody) (see all)