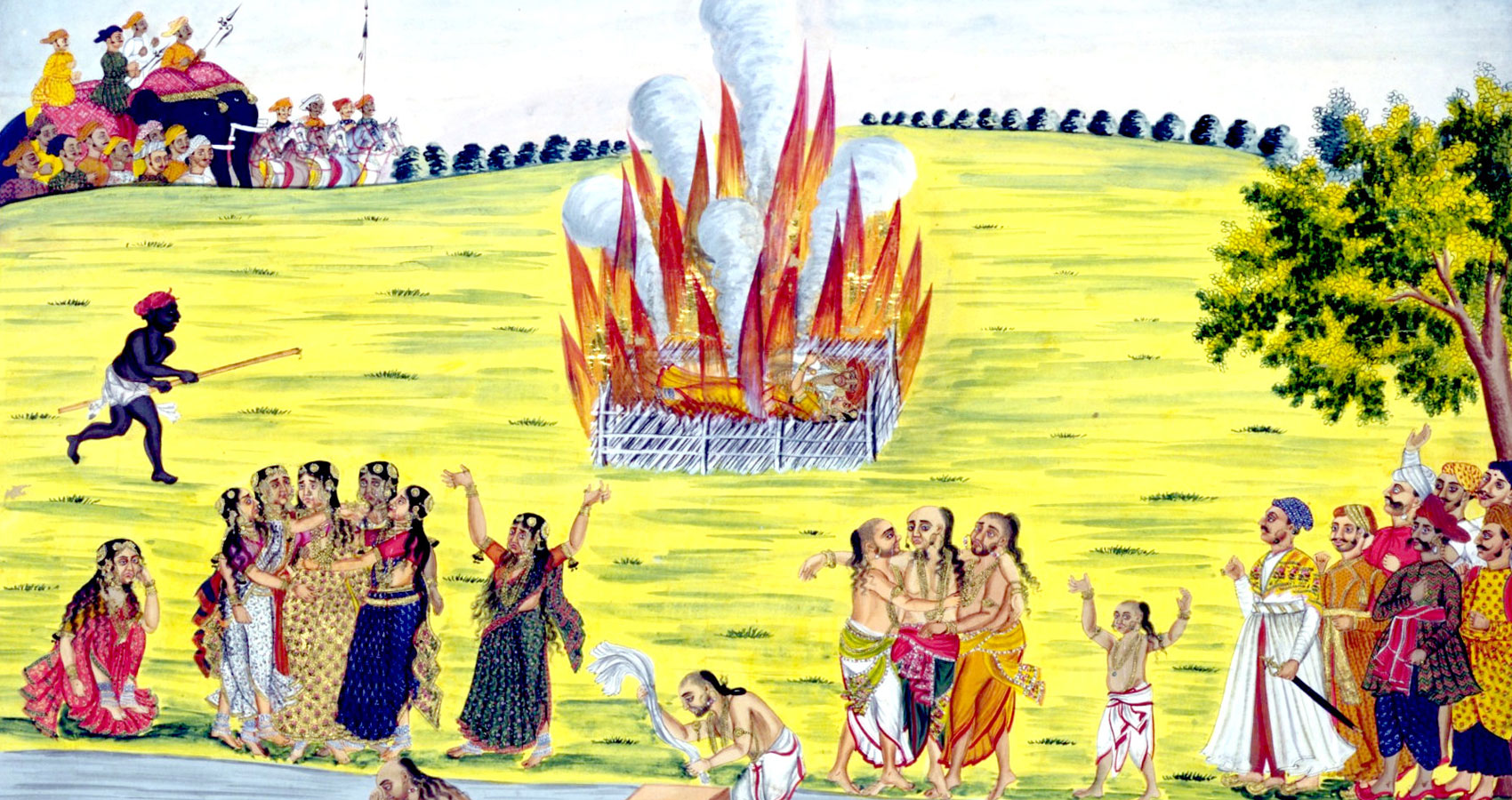 Tonight her impassive eyes were staring at his lifeless body,
Somewhere in that soft breeze, there was a silent rhapsody.
The pangs of bygone days erupted from her tormented heart,
And she suspired; Indeed it took ages to envision her rebirth.

Every bruise reminded her, the stabs of horrendous wedlock,
How could she bury indelible memories of imbrued stillborn?
Reminiscences of her little angel were flashing before eyes,
And those smithereens of last hope that she inhumed tonight.

She undraped her saree soaked in blood and threw over him,
Her ordeal was over; She sighed looking at his final glimpse.
With a faint smile on the face, she drenched herself in water,
The blot smeared on her soul wiped in the ambrosial shower.

Liberated from those fetters of perpetual humiliation and pain,
She draped the old crimson saree; Her mother’s last present.
And she paused, latched the door and set that house on fire,
The Sati happily sacrificed her shackled past on funeral pyre.

Indifferent to the charges labeled against her by stoic society,
Snuggling her unborn child’s images, she began her odyssey.
Moving away from the echoes of the past to the emancipation,
She had embarked on the journey to an unnamed destination.

Manoj Krishnan is a software engineer by profession, currently working in the US-based MNC in Gurgaon. He is the founder of the Asian Literary Society, a community of thousands of readers, writers, and poets from all over the world. Manoj Krishnan is the author of Historical fiction, "Kanishka," and four anthologies of poems, The Fragrance of Nature and Love, Enchanting Korea, Nagmani Darshan, Main Shiv Ban Jaaunga. He has compiled and edited seven international anthologies of poems. Manoj Krishnan’s poems and short stories have been selected and published in national and international anthologies. He has won international novel writing championship Nanowrimo 2017, 2018 and The Indian Awaz™ 'Author of the Year' 2017-18 Award. He runs a blog, "The Crimson book." Apart from writing, he is a voracious reader and reviewer. He is also interested in long-distance running, philately, painting, and paper cut art.