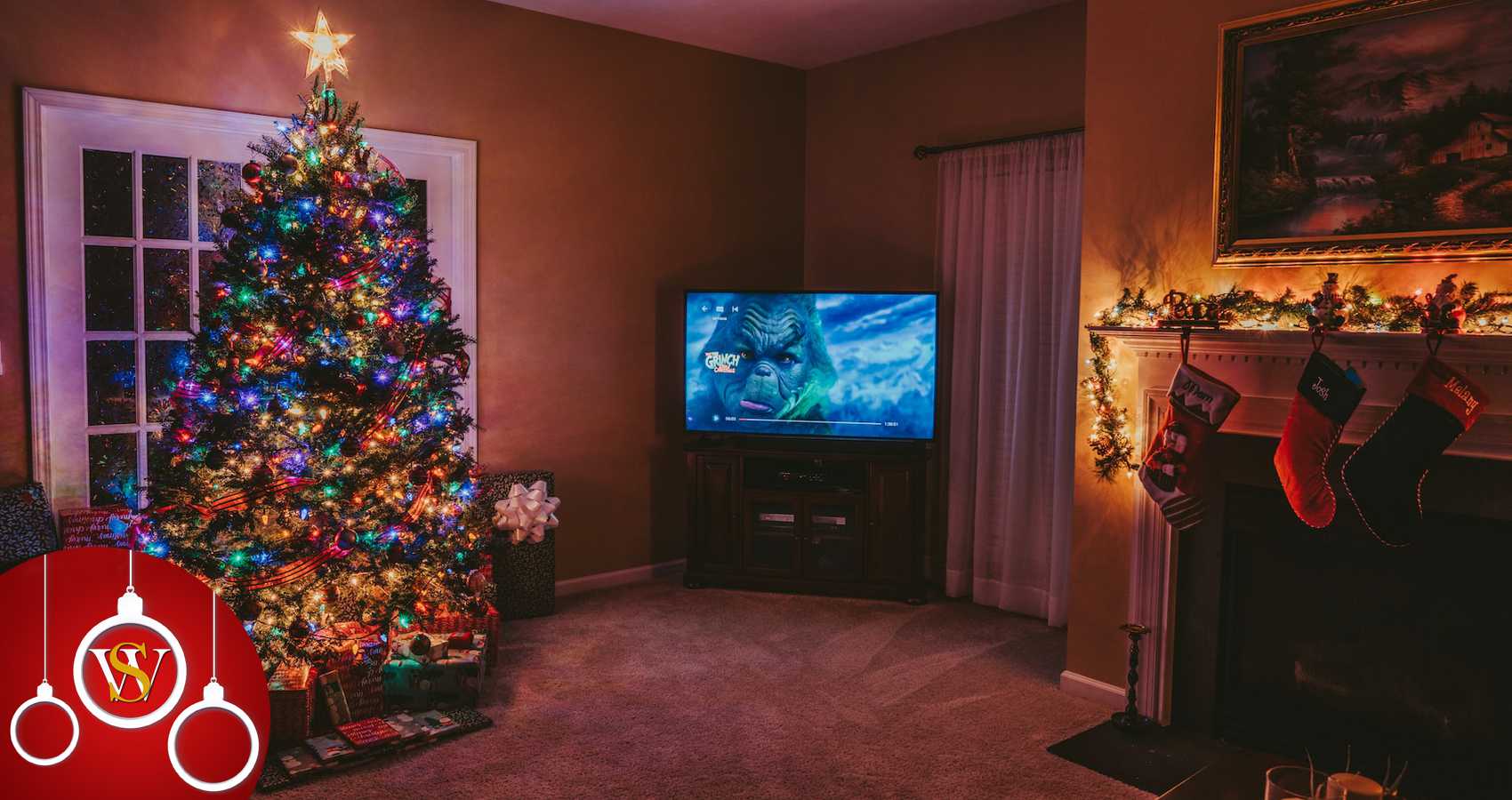 The Five Types of Christmas Movies You Will Watch

The Five Types of Christmas Movies You Will Watch

written by: A. A. Forringer

I enjoy Christmas, the giving of gifts, the music, bringing pine trees into the house, the good will towards men and all that junk. But as a storyteller the part I love most are the Christmas stories O. Henry’s the Gift of the Magi, the tales of the original Saint Nicolas in Turkey, and the ultimate road trip a pregnant virgin and carpenter to pay taxes in the Little Town of Bethlehem.

Now we have Christmas movies, many, many Christmas movies. There are specials on TV, they stream into our homes and over our phones, large retail stores have whole displays dedicated to Christmas movies.
But how many types of these movies are there? I can answer that question, which you were not even concerned about before. Time to grab some popcorn or coco and let me help you navigate the Yule Time film scene with these five categories.

The first category is my favorite of the five. The written story is a novella with only 30,953 words but what an incredible arrangement of words. There are many Hollywood versions of Charles Dickens’ most famous story, I own six and that barely scratches the surface.

The redemption of a rich and old miser who with the help of supernatural characters gains a new appreciation of the world around him. If you are pressed for time these two-hour movies are perfect for you. The Scrooge character has been portrayed by such actors as Michael Caine, George C. Scott, Henry Winkler, Kelsey Grammer, Bill Murray, Tim Curry (voice and stage) and Patrick Stewart to name just a few. It has been done as a musical, as a serious drama, sitcoms, animated, and even by cloth and foam creatures with hands inside them. (Ranked Scrooge performances.)
I don’t think the holiday season is complete without a viewing of one of these adaptations of Charles Dickens’ book on celluloid.

I am sure everyone has seen one in this category, the premise is Santa Claus is real, and magical, with some of the more recent versions the jolly elf is a great utilizer of some high tech.

There are two types of Santa Claus movies, and they sometimes blend together.

The first being Santa has a problem and he receives help from kids, who have their own issues. (I am looking at you Kurt Russell in The Christmas Chronicles.) Santa has lost his reindeer/sleigh/bag of presents and while the kids are helping him out, they solve their own emotional and/or family problems in the process.

The second type is the Santa Claus Origin Story, how Santa started in the toy delivery business, where he got flying reindeer, how Mrs. Claus met him on a beach in Hawaii and who are those short industrious people who work for him. The first one I can remember of this type is Santa Claus Is Coming To Town, the Rankin and Bass Claymation TV special which came out in 1970. The most recent edition that adds wonderfully to the mythology is Klaus an animated film that came out in 2019.

I said earlier sometimes these types blend together, in The Santa Chronicles 2 parts of Santa’s Origin are explained, and in the Tim Allen Santa Claus movies it is shown to be a contractual obligation. P.S. always read the fine print before stealing someone’s clothes.

In these movies Santa Claus and magic exist in the world, but Santa Claus is not the main character. These stories build on the world at the North Pole; The List being checked twice, who is Naughty and who is Nice, and the other details expounded and expanded upon. (Kris Kringle plays around a lot with the space time continuum.) These movies also explain how a snowman comes to life or what about Santa’s family, Fred Claus with Vince Vaughn comes to mind.

Of course, there are problems and difficulties along the way, reindeer are born different and get made fun of until their special talent is exploited by The Man in the Red Suit, or a reindeer gets lost and conflict ensues, sometimes it is a story about elves like in the animated TV special Prep and Landing, or the live-action tale of a very tall Santa’s helper named Buddy.

This category is probably the most abundant and the most prevalent especially on a channel that rhymes with ballpark. S.A.P. stands for Sentimental And Predictable. Don’t take the title to mean these are bad, or not fun to watch. I love S.A.P. (they turn sap into syrup, one of the major food groups according to Buddy the elf) sappy movies can be wonderful, comforting, reassuring, and something you can play in the background to help you over the rough spots in life. The most famous examples of this are The Grinch (in all his incarnations, animated and live action), A Christmas Story (You’ll shoot your eye out kid).

For the most part magic does not exist in these stories, Santa Claus may or may not be real but with no heavy bearing on the story and most importantly you know exactly where the story is going, there will be a happy ending. Someone is going to fall in love, or get home just in time for Christmas, or the parent will somehow get the present they promised their child.

They are Sentimental and Predictable, and we love them, if you don’t believe me turn on TBS Christmas Day and see what is playing, non-stop, over and over again.

This may be the most controversial category here. There is no magic, no Santa Claus, and definitely not always predictable and not really about the Christmas Holiday. The first and second Die Hard movie take place at Christmas time, but the plots are not about gift giving, goodwill towards men or toys in a stocking. The Home Alone movies take place at Christmas time, Kevin is separated because his family leaves home, but this could have been because of any holiday or vacation. The final example: It’s A Wonderful Life with my fellow Western Pennsylvanian Jimmy Stewart, it takes place during the Christmas season, and the bell on the Christmas tree at the end signifies Clarence getting his wings, but the story covers George Bailey’s entire life, not just Christmas.

So drink some eggnog, roast some chestnuts on an open fire, go over the river and thru the woods to grandmother’s house (or her condominium) get comfortable with your family, watch a holiday movie, and let yourself be happy. Be kind to people and don’t worry about what you get, but what you give.

A.A. Forringer currently lives in Orlando near a major theme park where he also works. He has created the Outfitter's Universe a sci-fi series, The Miles Mitchell Mysteries short stories about a Private Eye with Lifetime Pass for Walt Disney World and is a freelance writer of both travel and history subjects.

Latest posts by A. A. Forringer (see all)