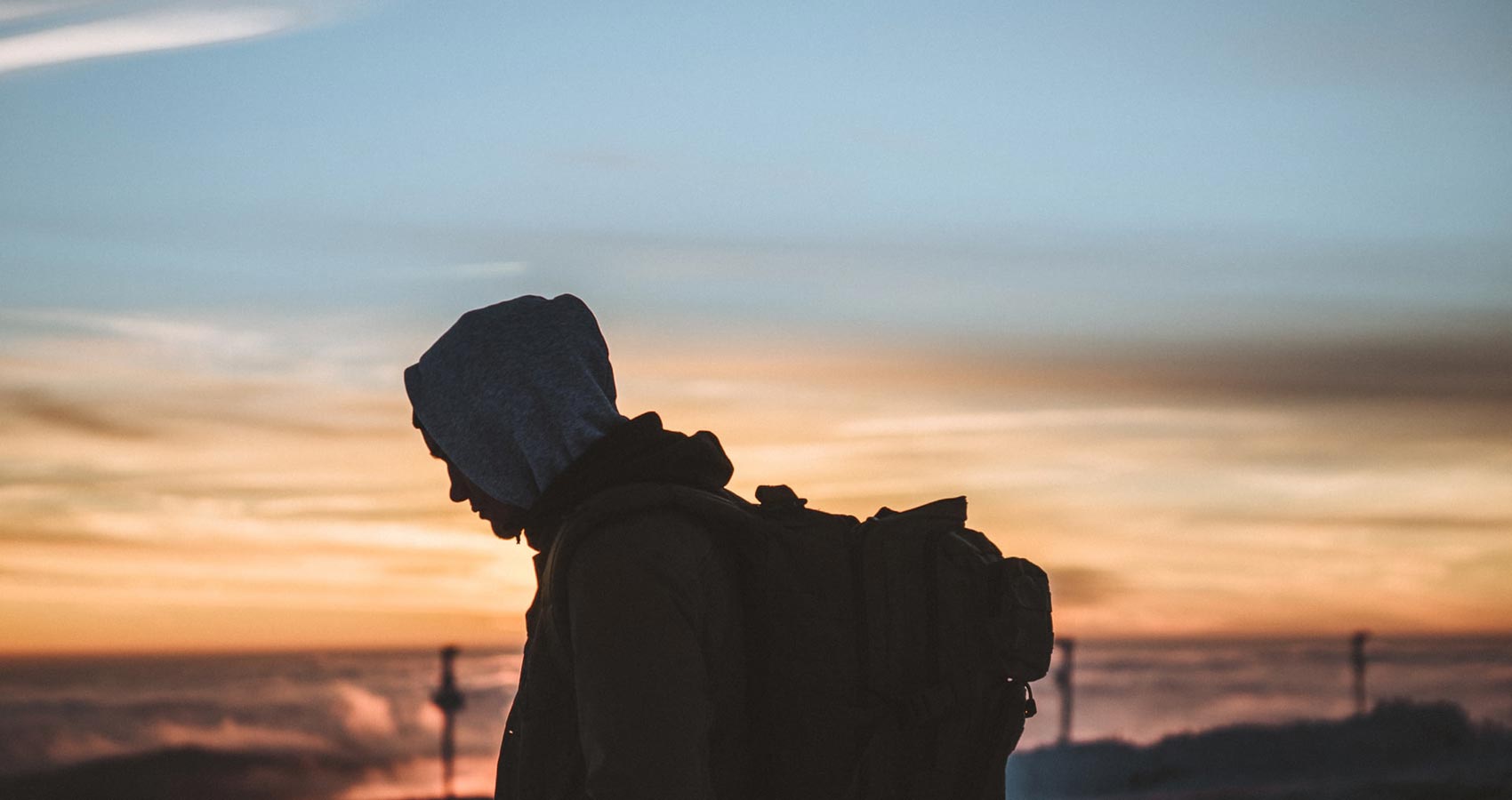 I lost it all, the mortgage, the wife, the home. I have the clothes on my back and what is in my knapsack and my guitar. And I took to the rails and the highways. I have grown to love the road, the freedom; the joy of watching the stars at night. I sleep better now, like a log, when I had things and responsibility I never slept well. We have a code us roaming men. On the gate or fence are etched symbols to give other men an indication of what lies inside. Old Henry taught me the symbols; an old man about eighty I met at a hobo campsite and spent some nights eating and drinking and chatting with. He had been homeless in the eighties when employment was high; he took to the road and never went back.
‘We copied the symbols from the American Hobos, and now we leave symbols outside a house, on a wall, a gate, with chalk or a knife. We tell which way to head, where to stop and where to avoid.’
There’s one for where they – Enjoy a song. And after I have chopped wood and had a meal
‘Will you give us a tune on the guitar.’ and I give ‘um a rendition of Vessel in vain or hang down your head; accompanied by my battered Martin.
There’s other symbols to look out for.
– Here she makes a great pie is a good one. Often savoury beef and onion and sometimes in summer blueberry or raspberry. ‘Have another slice, please’ is music to my ears.
One to avoid if possible is – Man likes to talk politics. And he is usually a framer with right-wing views, and even though he gave you work he still can’t help himself talking about lazy men. ‘The man today is basically a lazy animal. Doesn’t want to work, always looking for a handout, not you…I may add, you’ve worked hard that’s for sure.’
We were near this place near Coventry, the guy had asked us to trim his lawn and ‘cus he wasn’t feeling well, went off to bed. At the end of the day when we went to find him, he was nowhere to be seen.
Then we found him; brown bread in bed. We had heard that this guy was a recluse and had money stashed around and he was always good to us; offering fruitcake and tea as well as cash for odd jobs. But his house didn’t look up to much. Papers piled high in the corridors like the plates in the sink. We looked for the money but felt bad about it.
There was a bowl of change on the TV and we couldn’t even bring ourselves to touch that. As we left we passed a stand of old umbrellas and decided that he wouldn’t mind us borrowing a couple as it was a stormy night; so we left him with his hidden stash and thanked him for the brollies.

There are other parts of the code; unwritten but mostly strictly followed.
When hitching a lift you always ask the guy there before you where he wants you to stand.
When entering a camp a place near the fire is always offered and whatever you have is shared around. If you have a bag of backy you offer it around for everyone to have a roll-up, that way you get offered tea or soup from a tin warmed on the embers.
I’ve been on the road for two years now and I have had a good time all in all. I’ve met some great guys and girls and some kind folks. Don’t get me wrong it isn’t all sweetness in the moonlight. I’ve been beaten up for no reason and sexually assaulted more than once. And sent off from a door with a hurl of abuse and often a boot to follow.
We try not to steal, but sometimes a farmer’s field ain’t gonna miss an apple or two, but not big stuff, not from houses, that’s part of the code; it would affect others chances so we don’t do it. Don’t get me wrong there are guys who will steal your shoes when you’re walking, but they are usually young and addicted to drugs, so I see why they need to do it.
But one time a chance came that was too good to pass up.
Me and this old guy Henry were doing some general labour work around a big house, you know one with a garage full of motors and a few servants and a gardener.
This guy was a miserable sod who didn’t like us much but never passed up the chance of getting cheap labour. He took us to this boathouse down by the river.
‘See those boxes stacked there? Well, most of it is crap so just go through it quickly and throw most of it out unless you think something might be worth a bit or important.’
Most of it was real tat; old papers and bits of old ornaments. We put it all into two piles; worth a look at and garbage. I was reaching for a big box on a top shelf when this little envelope fell out; it had a red seal on it. I opened it.
If you are reading this you are near, one more clue to go then it will be yours.
It was very old and obviously had been hiding away for a long time.
I read on; take the road out of town until you see two dangly trees. Wait for sundown and the shadow of the two trees will cross. Dig here.
I showed it to Henry and we decided to follow the instructions, it wasn’t obviously that important to the grumpy little rich guy.
We finished our chores and got paid; no pie was offered which encouraged us even more to follow the law of the letter.
We stomped off with our packs on our backs, we took the road out of the town and walked for about forty-five minutes then we spotted the two dangly tress, in a field with nothing else around. We sat just a way from them and waited for the sun to come down. We didn’t build a fire but shared fags and some fruit and waited. The sun came down and the shadows crossed. The shadows met about forty feet away from the trees.
We walked there; we each had a trawl, a useful tool for many things and which Hobos always carry for when they need to bury your crap, another Hobo code.
‘This looks like the place, what do you think?’
‘Seems about right, shall we dig?’
‘Why not we ain’t stealing anything, guy didn’t even know the letter was there, and he don’t seem to need much more of anything.’
We dug and about two feet down we hit metal. It turned out to be a tin box, not too big. We opened it.
Inside was another letter and something else.
Well done, you have followed the clues and found something of what this family had stolen to make their fortune, so now you have the chance to get one back over them for me.
It was a beautiful piece and we passed it to each other and inspected it.
‘What do you think? We ain’t no thieves but the person who planned this seemed for whoever to find it to keep what was found.’
‘Let’s take it with us into the next county and see about selling it.’
‘Fifty-fifty?’
‘Fifty-fifty!’