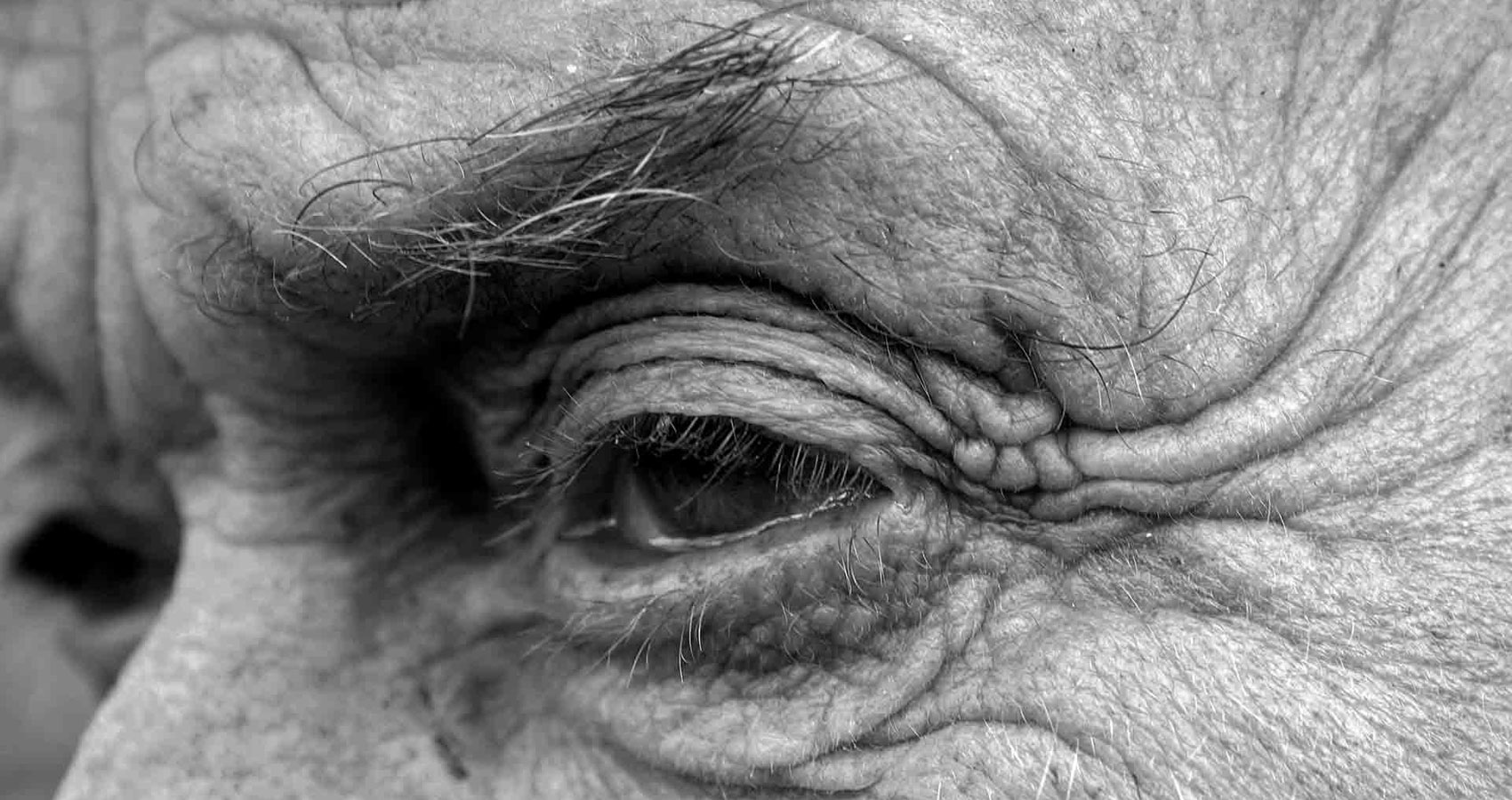 What did the old man say as he walked into
the yard? Can you remember his expression, was his
face red? Was his voice, usually so soft, ripped through
with the hacking sounds of suffering? Did he speak of me or
other women as his memories jiggled about, bouncing balls in opaque
glass, popping up, briefly seen then tumbling back down?

I loved him once.

His wry smile drove the women wild.
His besieged wife,
armed with a corrosive tongue, held them off
mutating, over time, into a harridan. Obscene words
flying from her pretty mouth like poison from a lizard.
When young the old man sought attention
and still does, but in other ways. He no longer flirts. No. But
his blunted eyes seek an audience
for his well-thought out pantomime, knowing well
how to elicit applause. Have you seen him
walking through town in urine-stained pantaloons, his
torso naked, darting challenging looks at passers-by?
Once, that marvellous man was admired!
He made love with scrupulous finesse, sending
nervous fire through two hundred compliant, avaricious female bodies. An
athletic man, he performed everywhere in any fashion.

My daughter, a psychologist with a PHD, talks slightingly
of my old lover, suggesting several institutions for an effective cure
for old age, a battered brain, and perished lust. I
obligingly nod, pretending to agree with her pejorative vehemence
cloaked in objective evaluation. She hates him for making me happy.
For drilling pleasure into my every limb, aperture and pore.
Yes, I still see him sometimes in town. I know what he has become-a thin
wrecked wag, always drunk. I say nothing.
By the afternoon he is abusive and
unzips his flies to the laughter of the harsh
teenagers eating burgers in the mall.

He was like them once, deriding other old men
wishing they would go away and die: holding
the grateful hand of a girl,
as he previously held mine. Confident
in the false draw of his untarnished temporary beauty. Like
them, that toothless, pain-riddled old man
did not know how to die.

In the dusty streets, parboiled in an insistent
sun, I leave him to his minor despair-I refuse to evoke old hard
memories that will yet again eviscerate his soul. I refuse to
restore that flirtatious grin, that far-seeing look that turned my will to dust, that
caused me to lie down in the grass by the river’s edge
my greedy contentment clutching at my heart.
From the corner of the street I watch my first love
act out each day a further stage in his death, bottle in hand, phlegm
running down his chin, his shrunken penis flapping like a bird.