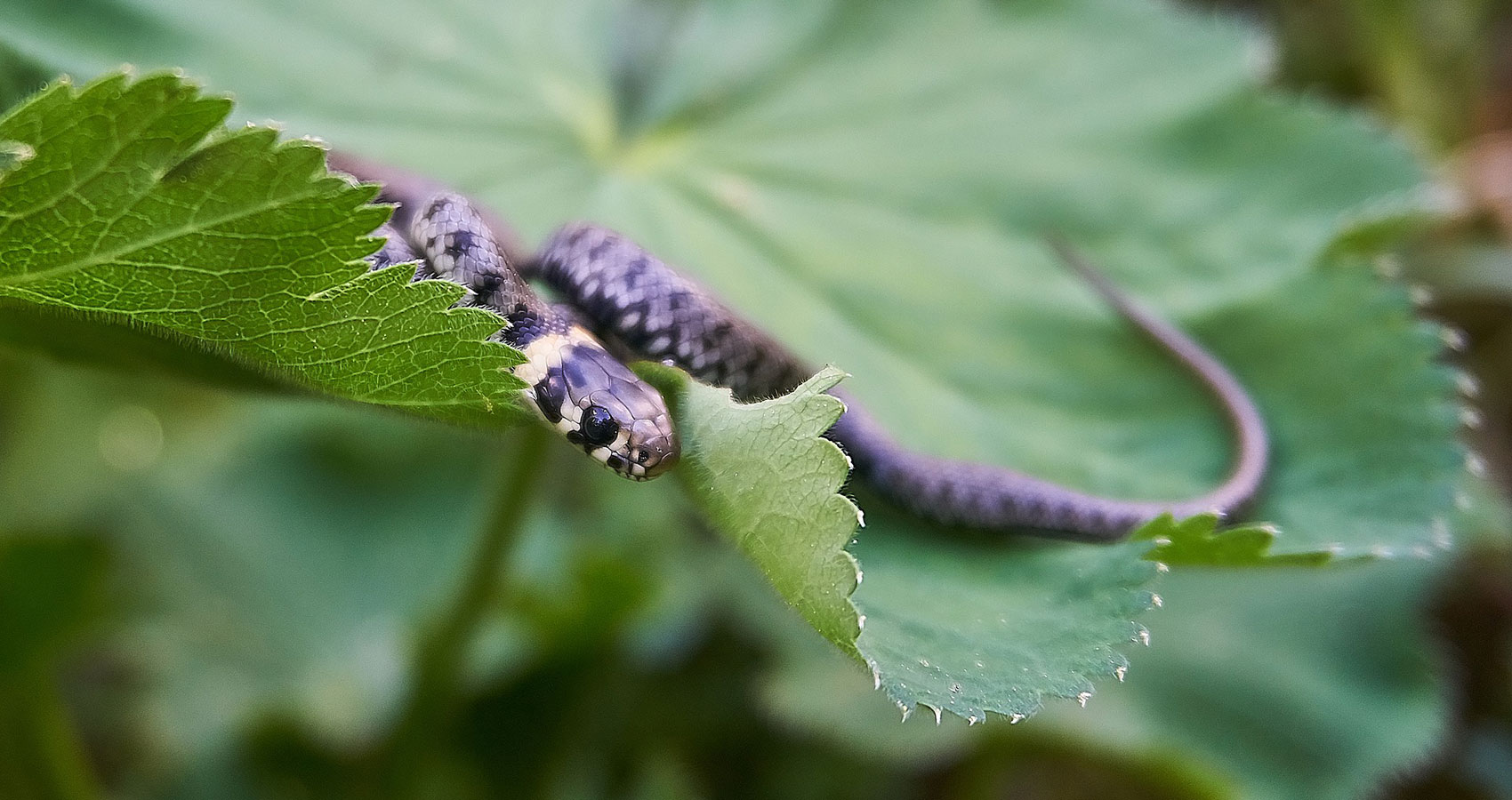 Why I Killed A Snake on Purpose Without Meaning To

Why I Killed A Snake on Purpose Without Meaning To

Tree pruners in hand, I headed for a small branch
tightly wrapped in woody vine.
I whacked,
and the vine began to move.

At the sight of the triangular-shaped head, the split
of the long thin tongue,
I hollered.

My husband came with clippers as the long body
of a rattle snake writhed around, and I said,
“Hold this.”

Handing him the long-handled shears with snake
still attached, I took the dull clippers and aimed
for the head.

We couldn’t let it go, and so, I whacked – again
and again until the head went limp and the wagging
tongue stopped.

The head fell to the ground, and my husband tossed
the still wiggling body over our fence, an accomplice
now to murder.

Mary Harwell Sayler began reading the Bible and writing poems in childhood and never stopped! Eventually, she placed over 2,500 poems, prayers, articles, children’s stories, and devotionals as well as three dozen books in all genres, including books of poems and how-to texts on poetry and writing. She often leads Bible discussion groups and continues to research and write Bible-based manuscripts, most recently: The Book of Bible Prayers, Kneeling on the Promises of God, and A Gathering of Poems. Besides being founder of the Christian Poets & Writers group on Facebook and active on social media in general, Mary provides a variety of resources for other Christian poets, writers, and pastors on her blogs and websites.