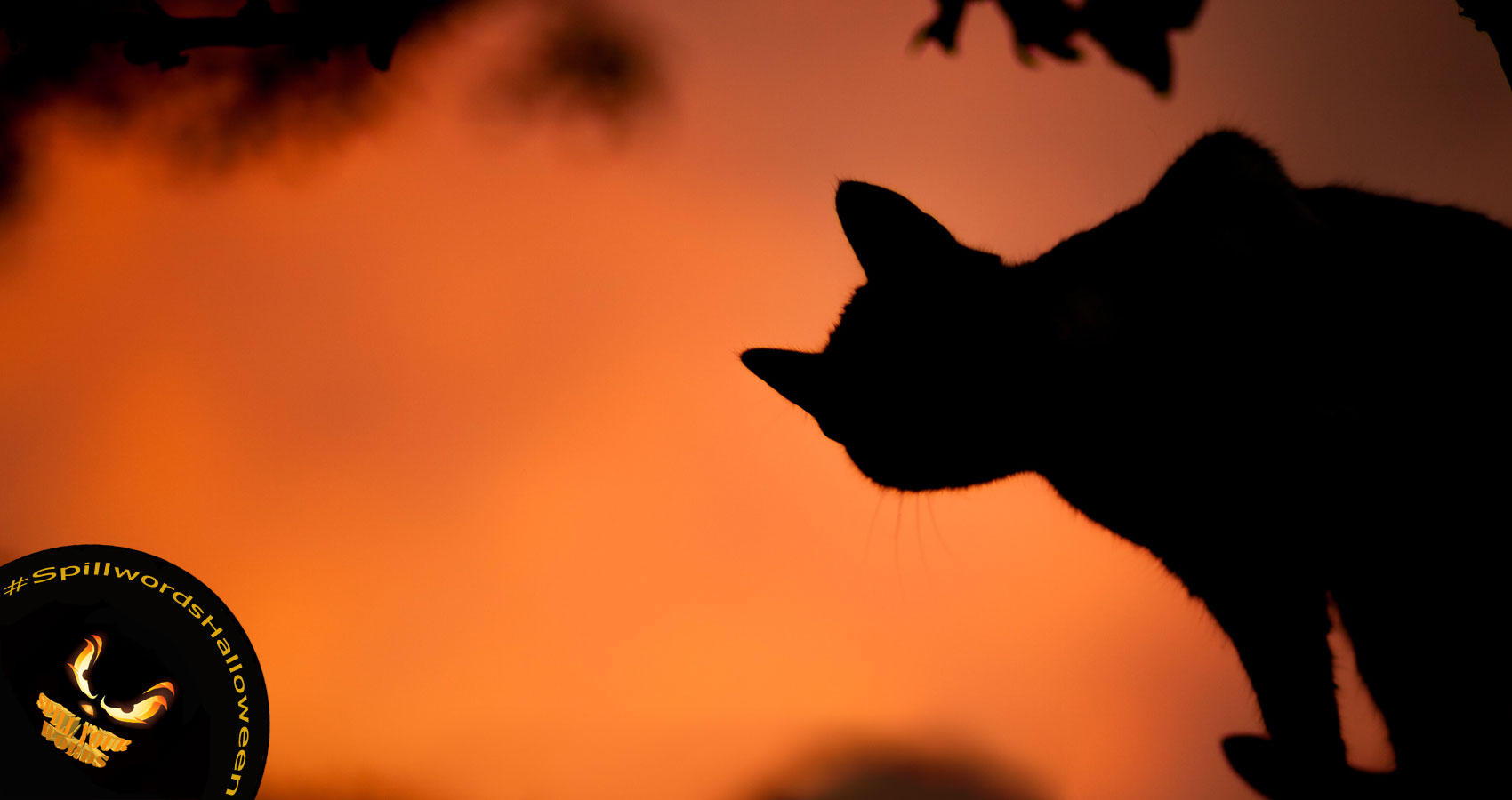 Orange is the new black
The black of all life charred
In the searing hot sweep
Of a monstrous wildfire,
A Crystalline Entity,
Ravaging, devouring
All objects and lifeforms
Happening to be within
Its wind driven doomed path:
DEATH

Sphinx like…….
Ensconced on well watered lawn
White bibbed, a portal
Only on Samhain
Between two worlds
That those gone west may speak
Their piece and wrest revenge,
A bib the white streaming water
Come to douse destructive wildfire,
Feet white from wading
In the waters of Avalon,
The ripples eternally changing,
The whiteness of Gandolf
Having defeated the Balrog,
The mists of Avalon
Arising when called
Obscuring when needed,
The white of pure good which evil
Can surround but not kill
Hope still lives
Hope at the end of the tunnel
Of burning trees:
Nimbi bringing rain.

Bukowski “what matters most is how you walk through the fire….”

So we beseech those we believe in:
Gandolf to sustain the bridge,
Avalon to let us pass back and forth,
Concrete and steel by our science cannot burn,
Yahweh, Allah, Shiva, Gaia,
Forgive us our transgressions,
Let this last day be the end
Of our transgressions and
The beginning of a new tomorrow.

Born and raised in Massachusetts, Linda Marie Hilton moved to NYC in her early 20's and resided there over a decade. She studied oboe, dreaming of becoming an orchestral musician, starved, studied accounting and became an accountant, starved. She moved out west, starved and became a poet. She is the author of "Words of a Feather Hawked Together."