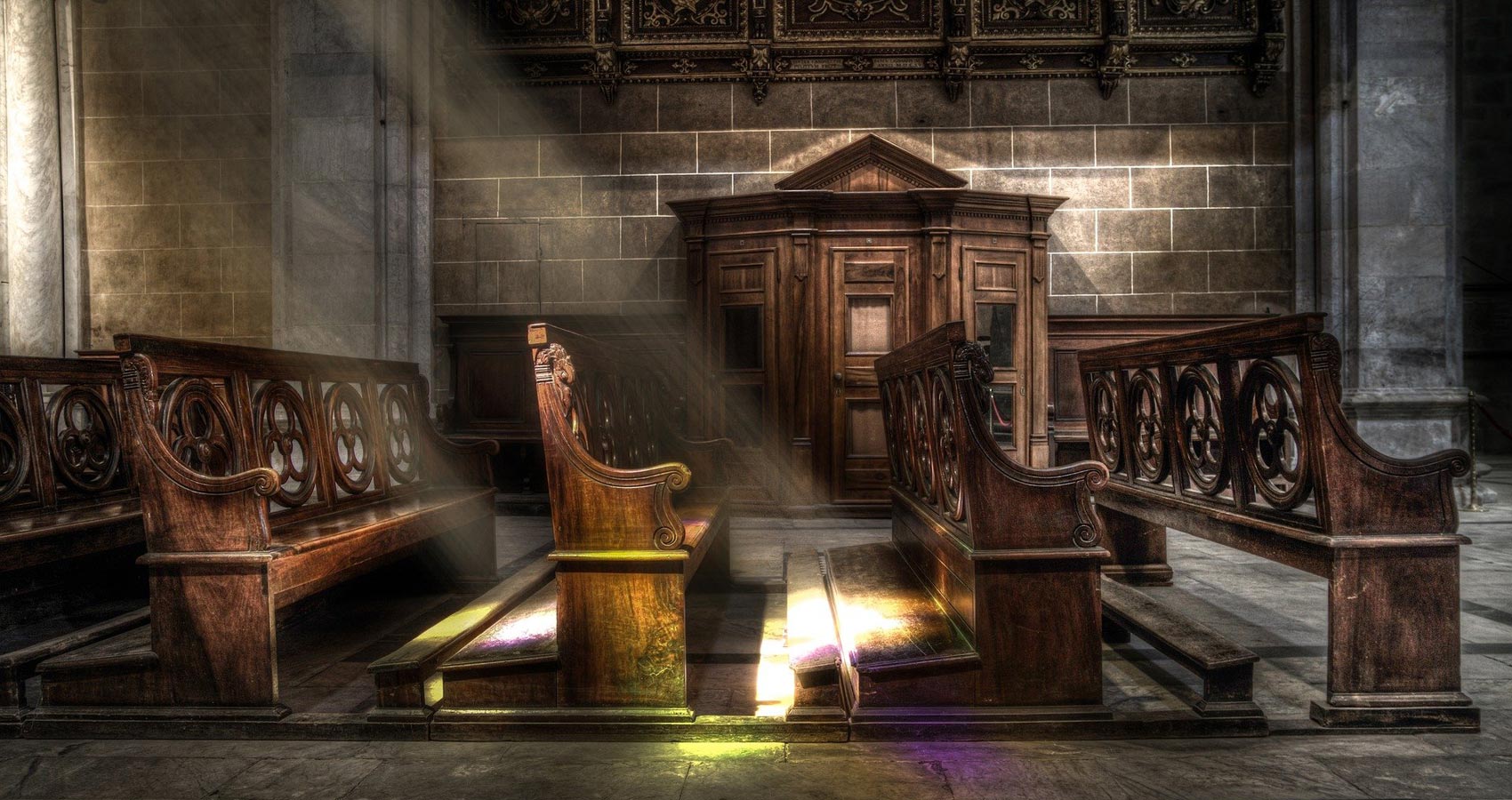 Father Corelli knew the woman. She liked to sit in the front pew as if God would favour her amongst the throng of sinners. Her spindly arms and legs were hidden beneath layers of clothing. A light fur covered her face and body to help keep her warm. Cheeks concave were dusted with orange blush to mimic a suntan. She wore a giant black bow in her crimped hair, and several black, plastic bracelets on her wrist, to honour the singer whose name was considered a sacrilege to the devoutly religious.

“There must be a sin in there somewhere. Isn’t that right, Father?”

“What makes you remorseful?”

Saliva swished around her mouth as she chewed her gum. Annette knew that there were exactly 25 calories in each piece of Hubba Bubba. She allowed herself three a day, tea steeped black with two tea bags, a banana for breakfast, an orange for lunch, and an apple for dinner. Her long sleeves were meant to warm her, as much as they were meant to cover the mysterious bruises on her wrists. She grew sleepy in the confessional.

Father Corelli tried to think if he’d ever seen a man sitting with her at Sunday mass. “Your husband?”

“He’s not my husband. Says he won’t marry me… while…while I’m like this. I’m living in sin. Strike two against me,” she said, her jaw tightening. “So, anyway, just before coming here, I took that plate of roast beef and tossed it in the trash. Didn’t even take one bite. That’s when Don went mental.”

Judge not, lest ye be judged…

“Did he become violent with you?”

Annette laughed weakly, “That son of a bitch would lose a tickling match. No, he didn’t hit me. Let’s just say he used unchaste words against me. Said he lived in a brothel. Said he lives in a brothel, I mean. Said that he knows what I do when he’s not around…whatever that means, since I don’t do anything except watch my Soaps all day. Oh, and the Twenty Minute Workout. I never miss a day, Father,” she said, proudly.

Syllables dissolved before the priest could say something that went against his contract with God. He was God’s ears, nothing else. Bowing his head, he recited the words ad nauseum, “Are you sorry for these sins as you recount them now, in the name of…”

“Of course not. I’m sorry,” he said, embarrassed. “You may continue.”

“Don was drinking that expensive white wine that I hate. Not because it’s wine, but because it’s expensive, you know? And he buys it anyway. With our money. When he started calling me a whore, I could feel it all the way to my toes. It hurt, you know?” she repeated, nervously.

The Autumn sun had set, leaving the Church cold, and vacant of any spiritual presence. In the booth next to him, Annette dozed off.

“What?” she asked, confused. “Oh. Yeah, that’s right. I do resent him. When he turned his back, I grapt…I grabbed his wine glass and smashed it against the dining room table like I was some sort of mobster or something. The top broke off, leaving just the stem. I…”

“I…I jabbed it in his eye. That’s…that’s…strike three,” she whispered, clutching at her heart.

The wind howled. Beneath it, God had delivered His breathy verdict.