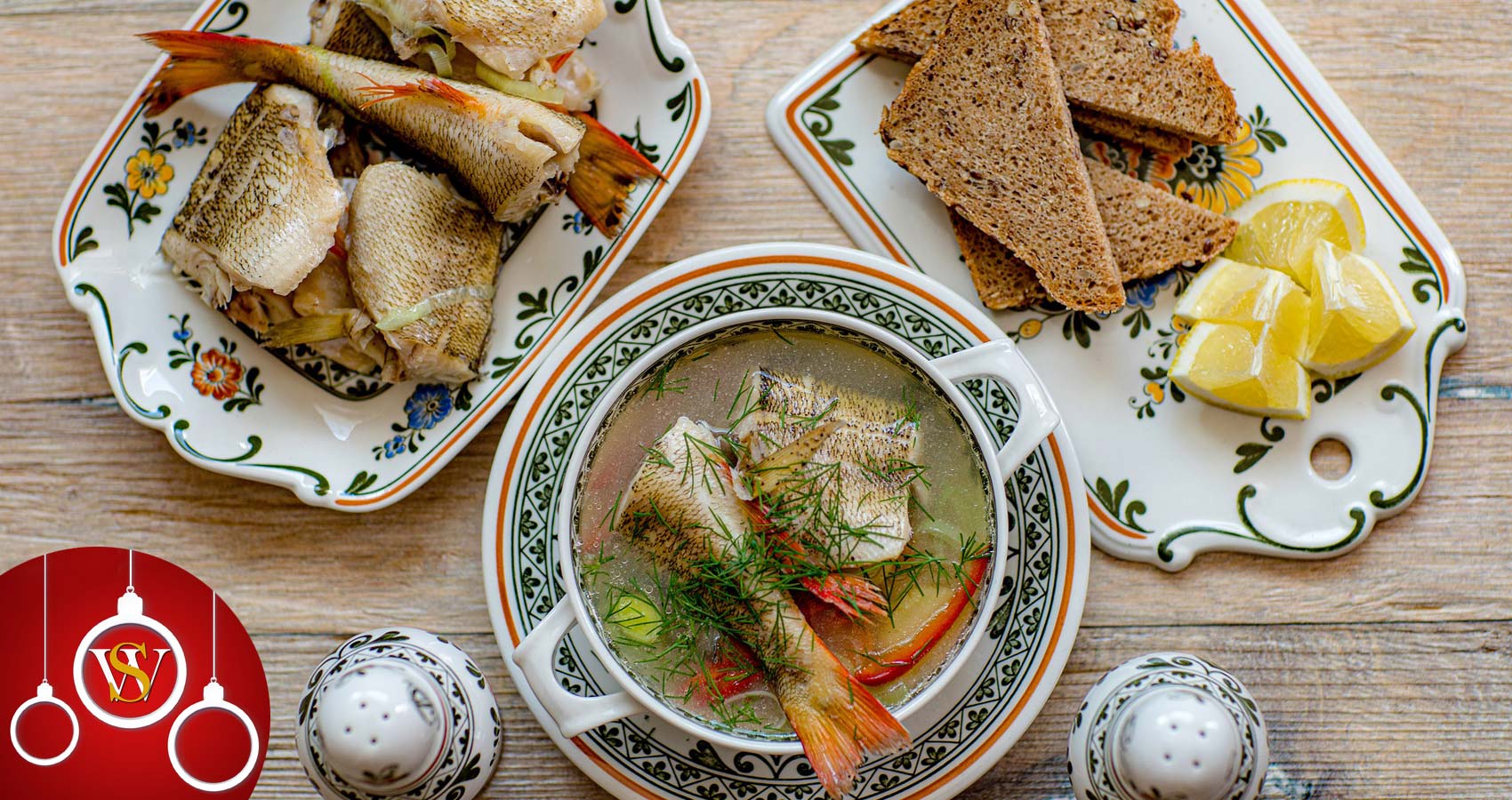 The Feast of The Seven Fishes

The Feast of The Seven Fishes

“I still don’t understand who all this food is for, baby.”

“I told you a million times. It’s for us. It’s tradition! Can you put the Bee Gees on, honey?”

She wasn’t much into Christmas carols. “Again?”

I fulfilled her request. I knew better than to try to change her mind.

“Yes, again.” She joined me at the record player and smacked me playfully with a wooden spoon, kissing me. “Hurry up. I need help in the kitchen.”

Briana was radiant wearing a long black silk slip and fuzzy emerald slippers. Her soft, natural curls were pulled into a messy ponytail. We had decorated with a small artificial tree and some ornaments she collected since her childhood – rejects her mother was going to throw away. She told me, “You don’t throw away ornaments. Each one is a keepsake.” We bought a couple of our own at the Christmas Store downtown to start our own collection.

Now, she was preparing the Feast of the Seven Fishes. The Vigil or La Vigilia, as they called it in Italy, commemorated the birth of baby Jesus at midnight. She’s had the same meal on Christmas Eve her entire life. I wasn’t sure where I would pack it all in, but it smelled delicious.

I hugged her from behind as she stirred a sauce. “I hope I can eat all this.”

“You better!” she scolded, “and you better get used to it, too, if you plan to be with me.”

I couldn’t imagine not being with her. Nuzzling the back of her neck, I asked, “What can I do?”

“Take an orange and the fennel out of the crisper and slice them. I set the platter over there on the counter. Arrange them nicely, please. Don’t forget to peel the orange.”

“Yes, ma’am! Tell me again what else we’re having.”

Her face lit up at my enthusiasm. “Okay, first, we have soup. My mamma used to make two, sometimes three but I took pity on you and made one. Lentils. Then, a red tuna sauce for spaghetti. That’s the first fish.”

I was a lucky man, and I couldn’t wait to surprise B with her gift.

“Then, mussels. That’s a sauce of its own. Fish number two. Then a cold salad of crab and baby shrimp with red and green peppers to make it Christmas-y.”

“Now you got it! Yes, fishes three and four. After that, I’m cleaning some whiting, large shrimp and the cod has been in water over there for three days now. That’s how you eliminate the saltiness. I flour all of those and deep fry them.”

She was expertly dancing around the kitchen, not even breaking a sweat, sipping at her wine in between tasks. “Wait a minute. You said ‘shrimp’ twice, so that’s only six varieties.”

She frowned at me. “I couldn’t find calamari, so baby shrimp and large shrimp will have to count for two.”

“It’ll be our secret,” I said, winking and sipping from my own glass. “But what’s the orange and fennel for?”

“It’s a palette cleanser!” She came over to where I was working and said, “Good job, honey.” Then she pulled out salt, pepper, and olive oil and started to dress the platter.

“What are you doing, baby? Oil and salt and pepper on oranges?”

“Yup. It’s the Italian way and you’ll love it.”

I loved her. I loved her so much. If this is what my life had in store for me, I thanked the baby Jesus right then and there.

We were still at the kitchen table, unable to move. It took us a couple of hours to eat, and we still had enough leftovers to feed an army. “It was so good, baby. Seriously delicious.”

“I’m so glad you liked it, Peter. You didn’t think the lentils were too mushy?”

“No. They were perfect.”

She got up and kissed the top of my head.

“No, I’m wrapping all this stuff up, get dressed.”

“What do you mean, get dressed?”

“No, Peter, I’m not kidding. We’re taking these leftovers to the homeless shelter. It’s not far and we won’t be gone long. I refuse to throw them out or wait until they spoil when there are hungry people out there on Christmas Eve.”

This was Briana; unselfish, and giving, and always leading me to do the right thing, even if all I wanted to do was collapse on the couch with her. She still wore her slip underneath her long wool winter coat when we left.

At the shelter, an older man in his 50s and wearing a red Santa’s hat, greeted us. “You kids came out here on Christmas Eve in the snow to deliver this?”

“Won’t you stay for some hot chocolate? We’re about to sing carols by the tree.”

I was sure Briana would thank him and we could leave, given her distaste for Christmas music but instead she asked me, “Oh, could we, Peter? It will be fun.”

She was looking at me like a child waiting to hear that they could go to Summer Camp. There was such love in her eyes and there was even more in my heart. I thought about her gift wrapped in red paper, hidden at the back of our tree. I wanted so much to just be alone with her and tell her how much I loved her. I wanted to see her slowly unwrap the paper and then carefully peek inside. It wasn’t an engagement ring, not yet. It was a cameo brooch that she had seen in the window of an antique shop, and she had stared at it in awe every time we walked by. It would have to wait. I belted out Silent Night like Pavarotti, instead.