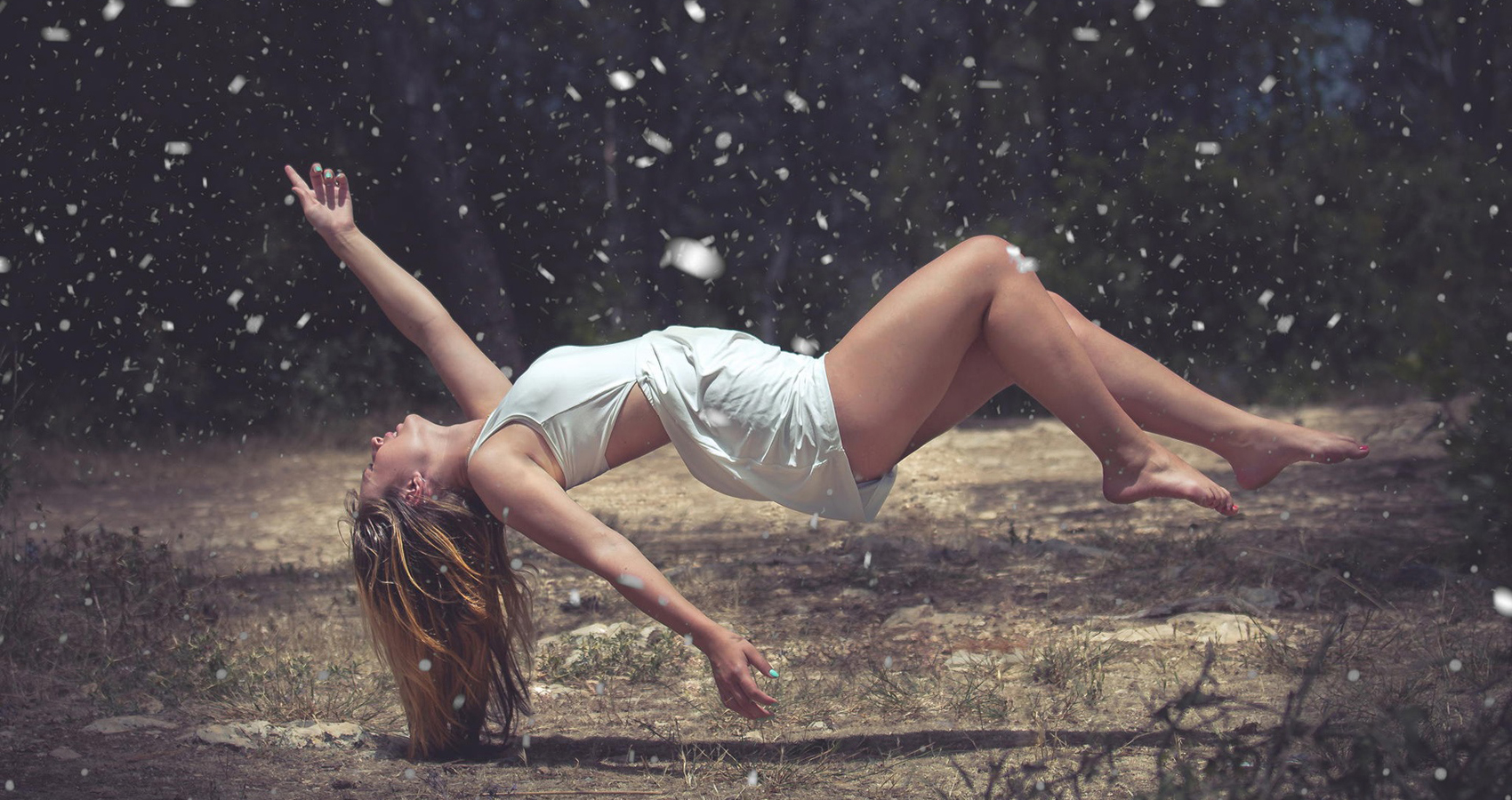 I’d been working on the suit long before the arguments started.  For months, blueprints littered my floor amongst Lego and Polly Pockets.  Mum was always yelling at me to clean my room.  She didn’t understand how serious I was about it all.  There was no way I could get her to understand that my project wasn’t just some fleeting interest.  There was nothing I could do but let her yell ‘til no sound came out.  By the time she realised shouting at me wouldn’t change anything, she had more important decisions to make.  Like, who would get the shiny new BMW?

The blueprints outlined my invention.  I don’t know why I thought two kites strapped to my arms would work well as wings.  I supposed they’d let me soar, like a hang glider, high above the neighbouring towns.  The suit was completed with a sky white swimming cap.  I’d seen swimmers wear skull caps to increase their speed, so I thought it’d work just as well with flying.

When my “Aero-suit” was finally finished, I brought it to my primary school.  It was long after five o’clock and the rest of the children had gone home.  All the way upstairs, my heart fluttered.  Soon, I’d swoop to my classmates’ houses, give their hair a good tug and maybe a face full of spit.
Luckily, there were still some teachers around, finishing up paperwork.  They were the ones to call the ambulance. But I swear for a moment, I flew.

It was just before I touched earth, just milliseconds before my wrist snapped.  The air whooshed over my head and I hovered – just for a moment – suspended.
No one believed me, of course.  Said I imagined it.  Told me I was trying to escape my home life.  And for a long time I believed them.  It wasn’t ‘til a good few years later that I discovered the truth.

I was sixteen at this point.  I never meant to actually jump, it was just meant to be a bit of a laugh.  No one had exactly forgotten my eight year old sky-dive.  I was just egging them on, getting a reaction out of them as I hopped across the rooftop.  But it was icy.  A cold, winter afternoon in late November.  Everyone was looking up at me and shouting.  It got to my head.  I slipped.

Falling stung my eyes and my fingertips went numb.  I hurtled downwards and put my hands out – I don’t know what for.  Did I, in my last moments, think my palms alone could save me?  But you see, it worked.  I reached as far as my fingertips would stretch, curved upwards in an arc, and shot up like a bullet.  I circled high above the streets like some jettisoned cosmonaut.  It was hard work – flying is tougher than it sounds.  The whole time I was up there, my cheeks felt red hot.  But I could fly.
I took that opportunity and I went with it.  This was my get out of jail card.  As I learnt to control my ability, I decided I’d circle to Mum’s to stuff a bag full of gear.  I’d pack cash – lots of it.  Warm clothes.  A flask and a torch.  That’s all I’d need.  And then I would leave.  I could go wherever I wanted.  Brazil.  Cuba.  Even Arabia.  With my skills, I could get money by doing circus trips.  Pretend to tightrope; do stunts on a trampoline.

But I fell.  Hard and fast with no hint of hover.  I don’t know what sparked it – maybe too much excitement?  I spiraled downwards, the sky splintering.  Once again, I was in hospital.  Body bandaged and bruised, head aching, wires weaved into skin.  Lab coats sent me mildly concerned glances as they checked words off clipboards.
I don’t understand the science of flight, but there has to be a way to conquer this.  It doesn’t matter what anyone else says.  I’ll fly again.

Izzy Lamb is a Creative Writing student from Hertfordshire.

She has previously been published by The Pygmy Giant.