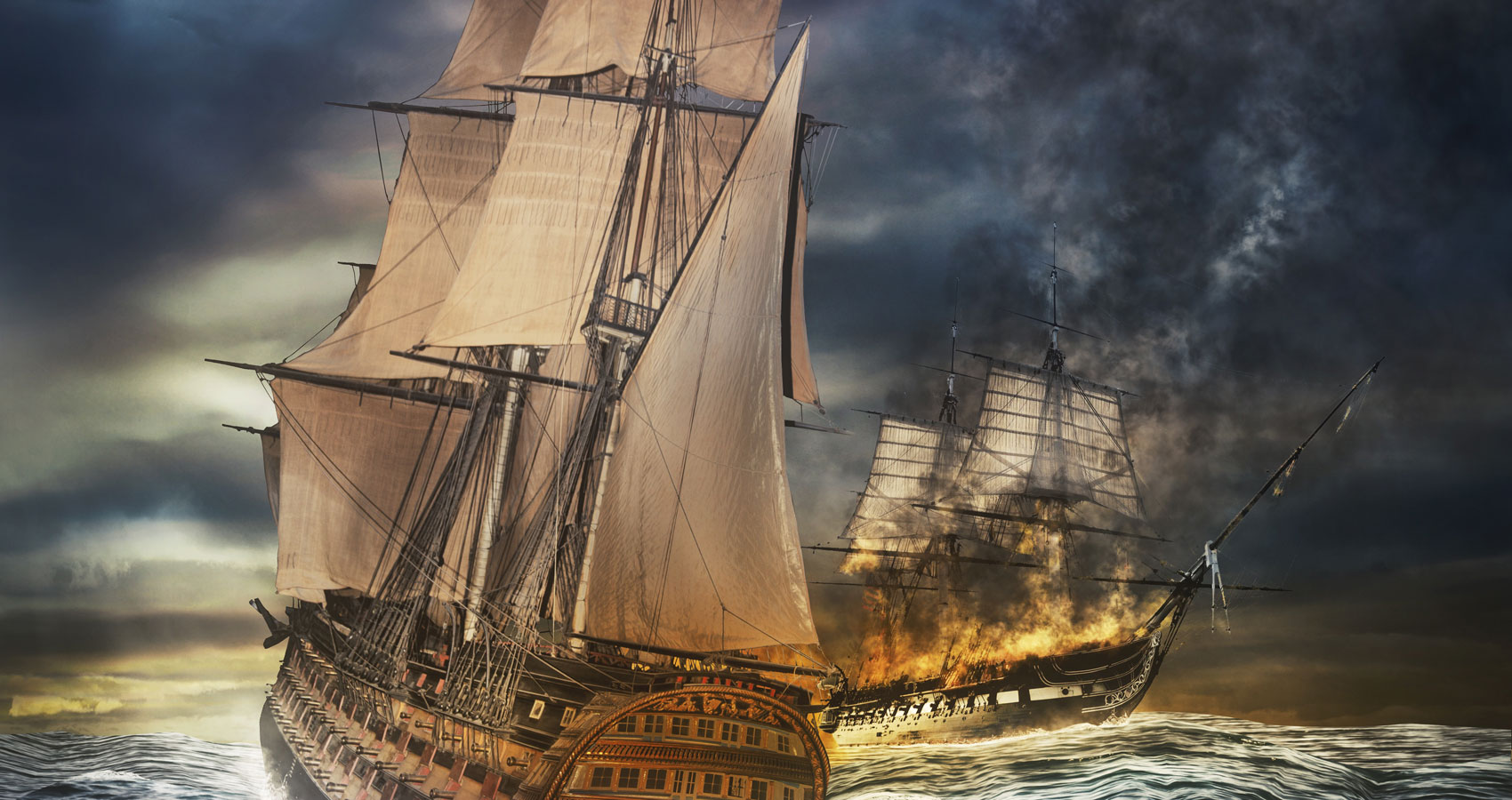 Battle of The Baltic

Battle of The Baltic

a poem by Thomas Campbell

Of Nelson and the North
Sing the glorious day’s renown,
When to battle fierce came forth
All the might of Denmark’s crown,
And her arms along the deep proudly shone;
By each gun the lighted brand
In a bold determined hand,
And the Prince of all the land
Led them on.

Like leviathans afloat
Lay their bulwarks on the brine;
While the sign of battle flew
On the lofty British line:
It was ten of April morn by the chime:
As they drifted on their path
There was silence deep as death;
And the boldest held his breath
For a time.

But the might of England flush’d
To anticipate the scene;
And her van the fleeter rush’d
O’er the deadly space between.
‘Hearts of oak!’ our captains cried, when each gun
From its adamantine lips
Spread a death-shade round the ships,
Like the hurricane eclipse
Of the sun.

Again! again! again!
And the havoc did not slack,
Till a feeble cheer the Dane
To our cheering sent us back;—
Their shots along the deep slowly boom:—
Then ceased—and all is wail,
As their strike the shatter’d sail;
Or in conflagration pale
Light the gloom.

Out spoke the victor then
As he hail’d them o’er the wave,
‘Ye are brothers! ye are men!
And we conquer but to save:—
So peace instead of death let us bring:
But yield, proud foe, thy fleet
With the crews, at England’s feet,
And make submission meet
To our King.’

Then Denmark blest our chief
That he gave her wounds repose;
And the sounds of joy and grief
From her people wildly rose,
As death withdrew his shades from the day:
While the sun look’d smiling bright
O’er a wide and woful sight,
Where the fires of funeral light
Died away.

Now joy, old England, raise!
For the tidings of thy might,
By the festal cities’ blaze,
Whilst the wine-cup shines in light;
And yet amidst that joy and uproar,
Let us think of them that sleep
Full many a fathom deep
By thy wild and stormy steep,
Elsinore!

Brave hearts! to Britain’s pride
Once so faithful and so true,
On the deck of fame they died
With the gallant good Riou:
Soft sigh the winds of Heaven o’er their grave!
While the billow mournful rolls
And the mermaid’s song condoles
Singing glory to the souls
Of the brave!