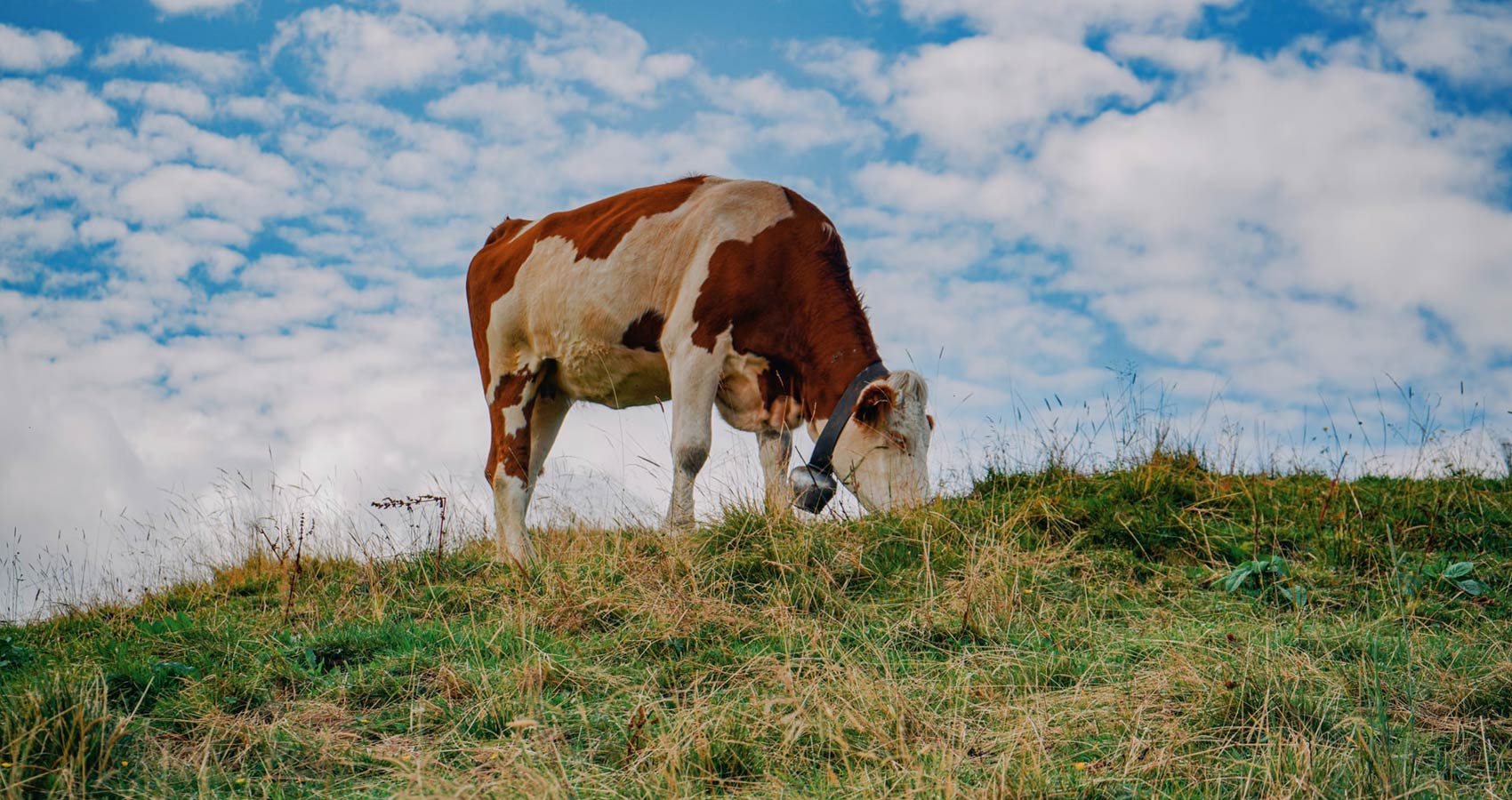 Johnny slammed the screen door of the back porch behind him, “Need to call Doc Jacobs,”

“What’s wrong?” Margaret wiped her hands on a dishtowel and stepped away from the sink. “Anything I can do?”

“Not unless you know how to pull a calf.” He took off his milking cap. Ran his hand through his dark thinning hair and slapped the hat back on.

He plopped on a chair next to a wooden telephone stand. “Betsy’s in distress.” Johnny picked up the phone and dialed.

The news was disturbing. Margaret had heard the mooing a little earlier, though not loud, it still made her shudder right down to her floppy blue slippers. “I’ll get you a cup of coffee.” She shuffled to the stove.

Holding a finger to his lips, he signaled for her to be quiet.

After a couple of rings, a man answered, “Hello, Doc Jacobs.”

Johnny had never been able to get his head around how someone could hear what he said miles away. So, he shouted, “Doc, this is Johnny Machado, one of my heifers is having trouble giving birth.”

“How long has she been in labor?”

“Need to finish a few things, hmmm… let’s see… can be there in about forty-five minutes.”

“Thanks, Doc.” Johnny hung up.

Margaret lifted a percolator off the stove and poured coffee into a mug, “Here, I think you can use this.” She handed the drink to her husband. “By the way, when you’re on the phone, you don’t have to scream.”

He glanced over the rim of the mug at Margaret and laughed. “Did I scream?” He swallowed some coffee. “This is good. I wish I could finish it, but I need to get back to Betsy.” He rose from his chair and placed the cup on a tiled countertop. Rubbing the stubble on his chin, he said, “Umm… need a shave.”

Outside, in a birthing pen, Betsy’s mooing grew louder.

Doc Jacobs drove his Chevy pick-up onto a pothole-filled path. He parked next to the milking barn, grabbed his veterinary bag off the seat, and climbed out of the truck.

“Hey, Johnny,” The doctor opened the gate to the pen. Ralph shadowed him through.

“Don’t worry, girl, I’m going to help you.” Doc Jacobs took a long rubber glove from his case, and pulling it on, stretched it over his elbow. Dipping into his bag again, he took out a tube of lubricant and smothered the glove with gel, before raising Betsy’s tail.

The veterinarian entered his right arm into her birth canal. He used his fingers to examine the position of the calf. “Yep, it’s breech. I’m going to have to pull it.”

He took a sixty-inch chain out of his case.

Arching her back, Betsy kicked at her belly. Her mooing became louder, the sound more agonized.

Exhausted, Betsy laid on the ground. Ralph dropped, too. Resting his head on top of his paws, sensing something was wrong, he whimpered.

Doc Jacobs, sitting on his haunches behind Betsy, entered her birth canal again. Sweat rolling off his forehead, he grabbed to the unborn calf’s tail and clamped iron clasps on its back legs. He began to draw the little creature out.

The umbilical cord broke. Amber-colored amniotic fluids spilled over. If Doc Jacobs was going to save the calf, he had to extract it fast.

“This is one for the books.” Doc Jacobs stripped off the goo covered glove.

Betsy struggled onto her hooves and called to her newborn. When it didn’t respond, she nudged her dead calf.

“This calf is deformed,” Johnny pulled a red paisley handkerchief out of the back pocket of his jeans and blew. “Jesus, one head with two faces.” He wiped the tip of his nose. “—the smaller one has its tongue lolling out.” Stuffing the hankie back in his pocket, he said, “Wait, ’til Margaret, sees this.”

When he dropped the creature back on the ground, Ralph got up and sprinted over. He poked at the lifeless animal with his nose. Edging away, the dog growled.

“Need to get my camera,” Doc said.

Walking back to his truck, he passed Margaret. She was heading toward the pen. They paused to exchange words.

“Is Betsy okay? Margaret asked. “I have apple slices to give her.” She held up a bag.

“Yes. Betsy will be fine. The calf…um… didn’t make it. Rubbing the back of his neck, “In all the years I’ve been delivering calves, I’ve never seen anything like it.”

“What do you mean? You’ve never seen anything like it.” As she parrots his words, the corners of Margaret’s mouth turned down.

“Take a look, but be prepared, it’s not pretty.”

As soon as Margaret was within sniffing distance of the pen, Ralph sprang to his feet. Practically knocking her off balance, as if trying to tell her something, he jumped up and down, his claws scratching her legs.

Johnny stomped his foot. “Ralph.” Pointing toward the house, “Go!”

Ralph lay on the ground. With eyes wide open, he growled at Johnny.

Margaret gasped when she saw the calf.

Minutes later, Doc Jacobs came back with a camera. He snapped a few pictures from various angles and said to Johnny. “I’d like to take the calf’s head. It’d make a fine teaching specimen, that’s if you don’t mind?’

Margaret chimed in, “I can’t stand it. This is making me sick.” She turned away and ran over to Betsy.

Betsy’s big eyes filled with moisture. Margaret stroked her and gave her one apple slice after another.

Johnny appeared. He stood next to his wife. And took a piece of the fruit out of the bag and fed it to Betsy.

“Nature has a way of throwing punches,” he said. “Maybe a study of the poor little calf will help teach us something.”

The next day, country music blared from the radio on a high shelf in the barn. Johnny used a pressure hose to wash the backsides of cows. Their heads were locked into stanchions as they waited for milking. Betsy munching dairy feed from a trough was there, too.

Dairy cats slurped milk from a pie tin in the foyer of the barn. Margaret swept the kitchen floor in the house. And Ralph snored while he slept under the table. It was one o’clock in the afternoon.

Weeks later, the calf’s picture, along with an article by Doctor Jacobs, was published in the American Veterinary Journal.

When My Ship Comes In