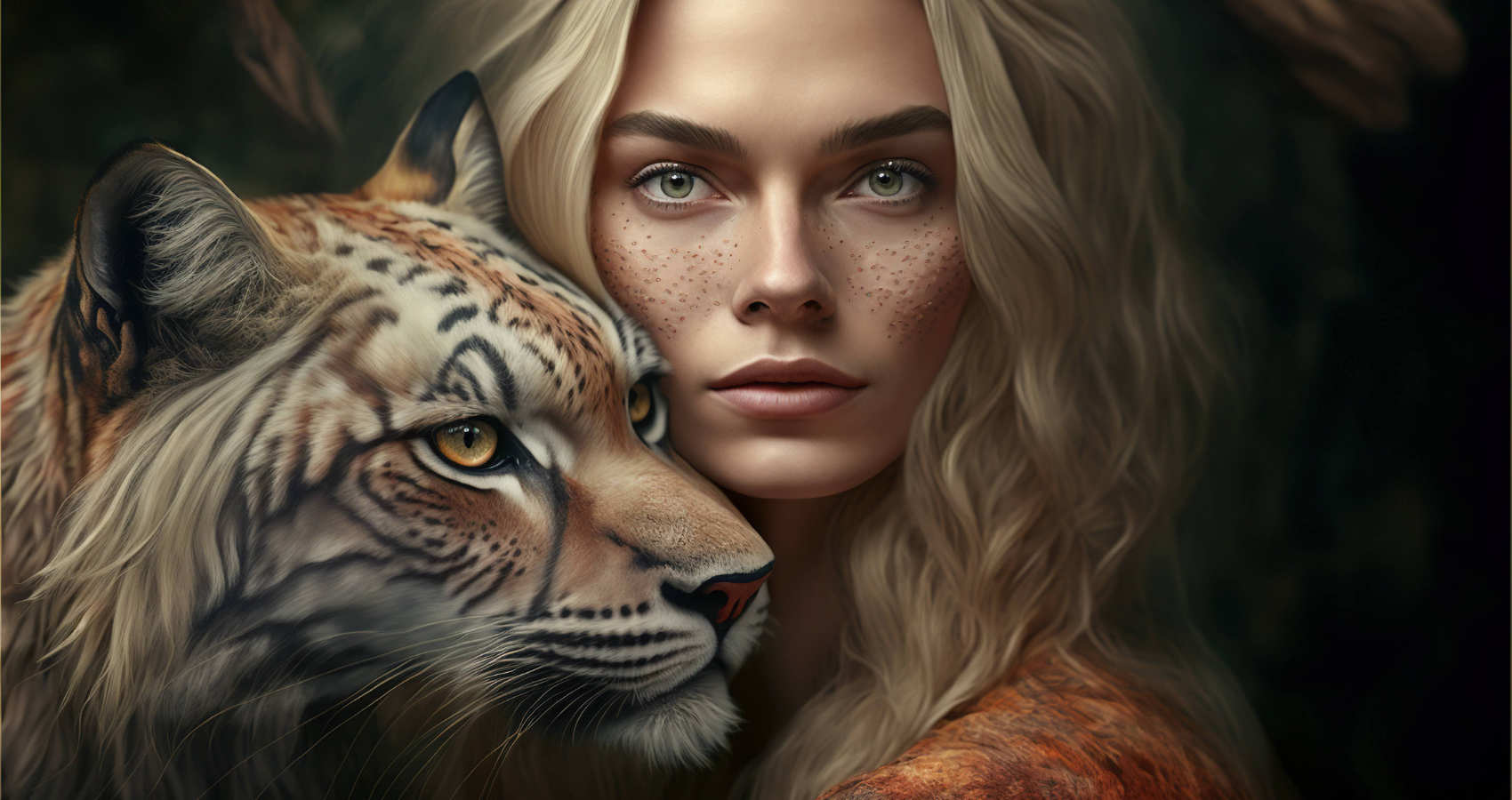 Last week at the fairground, Ryker the cuddly tiger tore a child’s arm off. I could not blame him for it. He’d been stuck in that cage for twelve years and the girl had gone one step too far by poking him in the ribs. The tinny, chipper music had turned into guttural screams; the red and white walls had splattered with blood. Then, with a theatrical draw of his pistol, Mr. Williams had shot Ryker point-blank in the head.
Rivka – Ryker’s life mate and only friend – was left behind.
A day later, I was sitting on the ground next to the bars of her cage, one hand grazing the metal. The flag on top of Rivka’s tent was catching in the wind, jittering incessantly, and Mr. Williams was spinning the barrel of his gun.
“She must be on display every day this week to make up our losses, Dorothy.”
“Sir, she can’t. She needs time out of the cage to –”
“To what? Lick her paws? She’s an animal, Dorothy. It takes very little to please her.” He stank of cheap beer and smoke. When he looked at me, I wanted to gag. “Pleasure is a lovely thing – it’s easy to give and it reaps so much reward. Why not pay me a visit tonight, pet? I hear you’re running low on funds.”
In that moment, I imagined ripping his head off. I could hear the crunch of his bones and the taste of blood on my lips. I imagined running away afterwards; into the night and into obscurity.
But it was a fever dream. Instead, I nodded obediently. He was right – I had nothing.
When he staggered back towards his caravan, I turned to find Rivka standing behind me, inches from the bars of the cage. Her copper eyes were pinned on Mr. Williams’ shrinking figure.
I sighed. “Me too, Rivka. Me too.”
As the evening drew into night, metal shrieked against metal as rides were put away. Hanging lights flickered out, plunging the field into darkness, and the last of the cotton candy was stashed.
A bottle smashed in Williams’ caravan. The singing started.
He’d be bad, tonight.
Rivka’s fur brushed my fingertips. When I turned, she pressed her forehead into my hand and looked at me. Really looked at me. Then her eyes fell on the lock of her cage.
I blinked.
Perhaps I had a death wish. Perhaps Rivka knew what would inevitably become of her, and she wanted to be brave in death rather than cowering like her mate. Perhaps we both knew there was only a matter of time, for both of us.
There are two types of death – the physical kind, and then the emotional kind. The point when life is so stagnant that it’s poisonous. I had already succumbed to one type of death, and I figured that if Rivka wanted to give me the other, I would rather receive it from her – a friend – than anyone else.
Whatever it was, I unlocked her cage and swung the door open.
Fear gripped me as she stalked out of her cage. We had never seen each other without the bars between us, but she only looked at me, paused, and then stalked towards Mr. Williams’ caravan. Her saffron fur swallowed the night, her breath tumbled into the air.
When she crept up the steps – her body a streak of fire in the night – they creaked. Just once.
Mr. Williams sang from inside. “Dorothy, pet, I thought –”
When the door swung open, the light landed on Rivka, and she stood there like a statue. Then the sides of her mouth curled up.
The night was punctured by a scream.
A roar of victory. The sound of a man choking on his blood. The frantic hurrying of people racing to find a gun.
Rivka was glorious – all rage and fire and noise. She did not bow; did not stop fighting. She roared into the night until the grass shuddered with her scream.
A bang, and then it was over.
I buried Rivka. It was my gift to her; the only thing I could give back to her now that she was dead, a once-caged woman to another.

Liv Petris is a hobbyist writer and full-time reader. She enjoys writing short stories and is often found in a café writing fantasy novels. When she isn’t writing, she is either fulfilling her role in cyber security, cuddling her dog, or beta-reading other people’s stories. You can find out more about her on her website - LIV PETRIS.