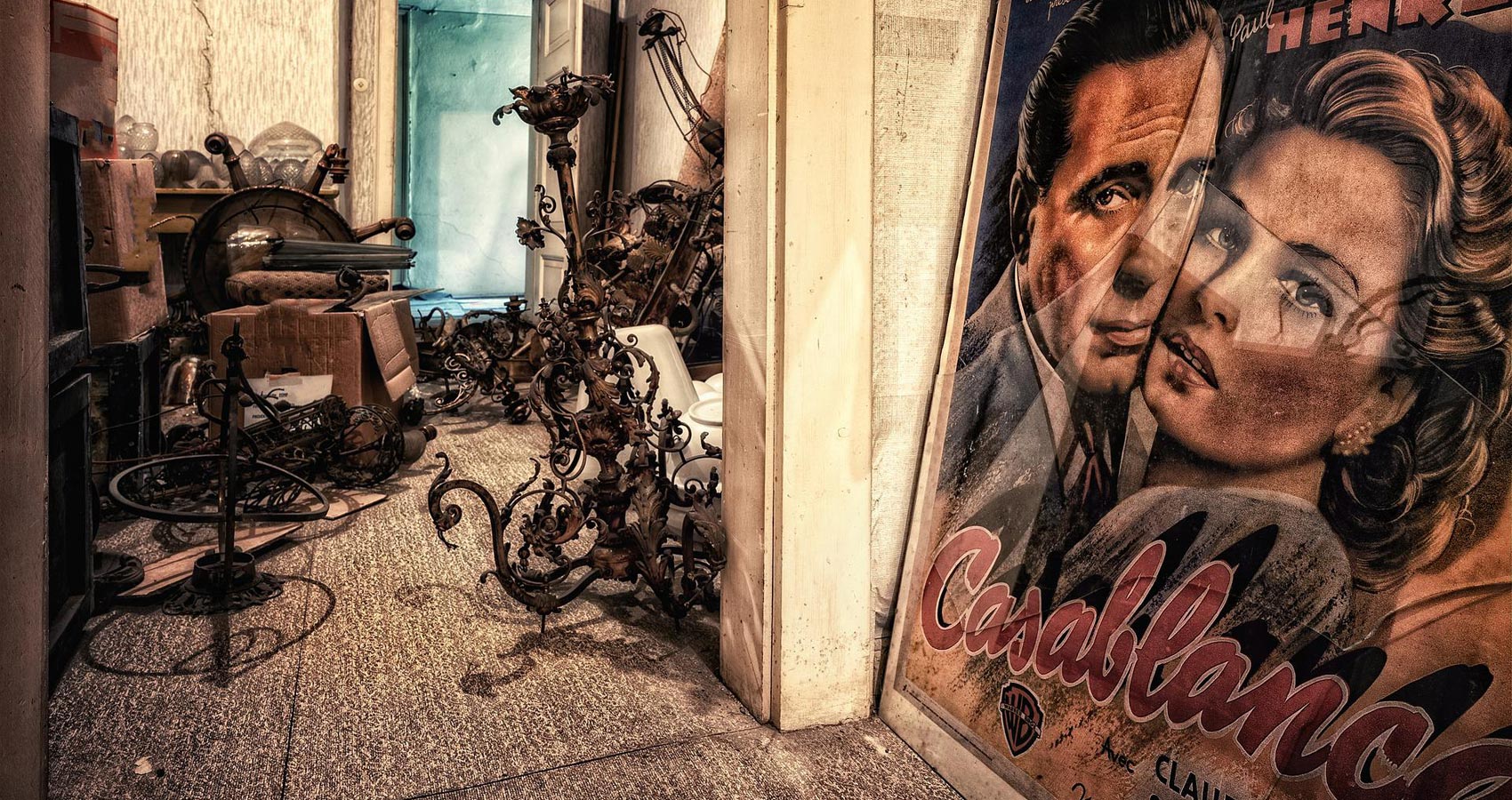 From that moment she walked into the gin-joint,
It was impossible that any could have told,
how rapidly the fates would conspire
and the histories of lovers would unfold.
So rarely has a story had two leading men,
seemingly so different in aspect,
the first an architype all action hero,
while the second shows apparent disconnect.
Victor Laszlo the suave resistance fighter,
has taken arms against the Nazi threat,
while Richard Blaine beneath the shield of Vichy,
decides not to reveal his hand just yet.
Hero one having cast off prison shackles,
oblivious to what happened there in Paris,
now finds himself beholding to the second
who holds the key to unlocking his stasis.
Between them stands a woman so divine,
who knows the secret to unite the two,
whose choices will decide the fates of both,
leaving her conflicted and confused.
Ilsa Lund the Swedish beauty so distraught,
calls upon her lover to show pity,
begs him to forgive her for desertion,
when he’d been forced to flee the eternal city.
All this takes place while seated at the piano,
Sam gives voice to a once forbidden song,
wondering what the outcome of events may be,
he expects to see a reckoning before too long.
Not for the first time Rick is called upon,
to make fateful decisions for them both
and gazing into tearful eyes and softening his heart,
he finally comes around to see the truth.
The final scene played out upon the airstrip,
confirms what all along we thought we knew,
that when at last the denouement arrived,
the nightclub owner was a hero too.
A story with two heroes maybe has one flaw,
that no matter how the action may unfurl,
one hero will be left standing in the rain,
because only one can fly off with the girl!
“Here’s looking at you kid!”

Richard Rose is a British author of a collection of short stories and essays ("Breaching the Barriers" published by Cyberwit 2021) that were constructed around his times working in India. In 2018 his play "Letters to Lucia", co-written with James Vollmar and based around the life of James Joyce's daughter received its first production by the Triskellion Irish Theatre Company and will be performed again in 2022 as part of the celebrations for the centenary of the publication of Ulysses. His poetry collection - "A Sense of Place" was published in 2020. He lives in the beautiful countryside of Northamptonshire in England.