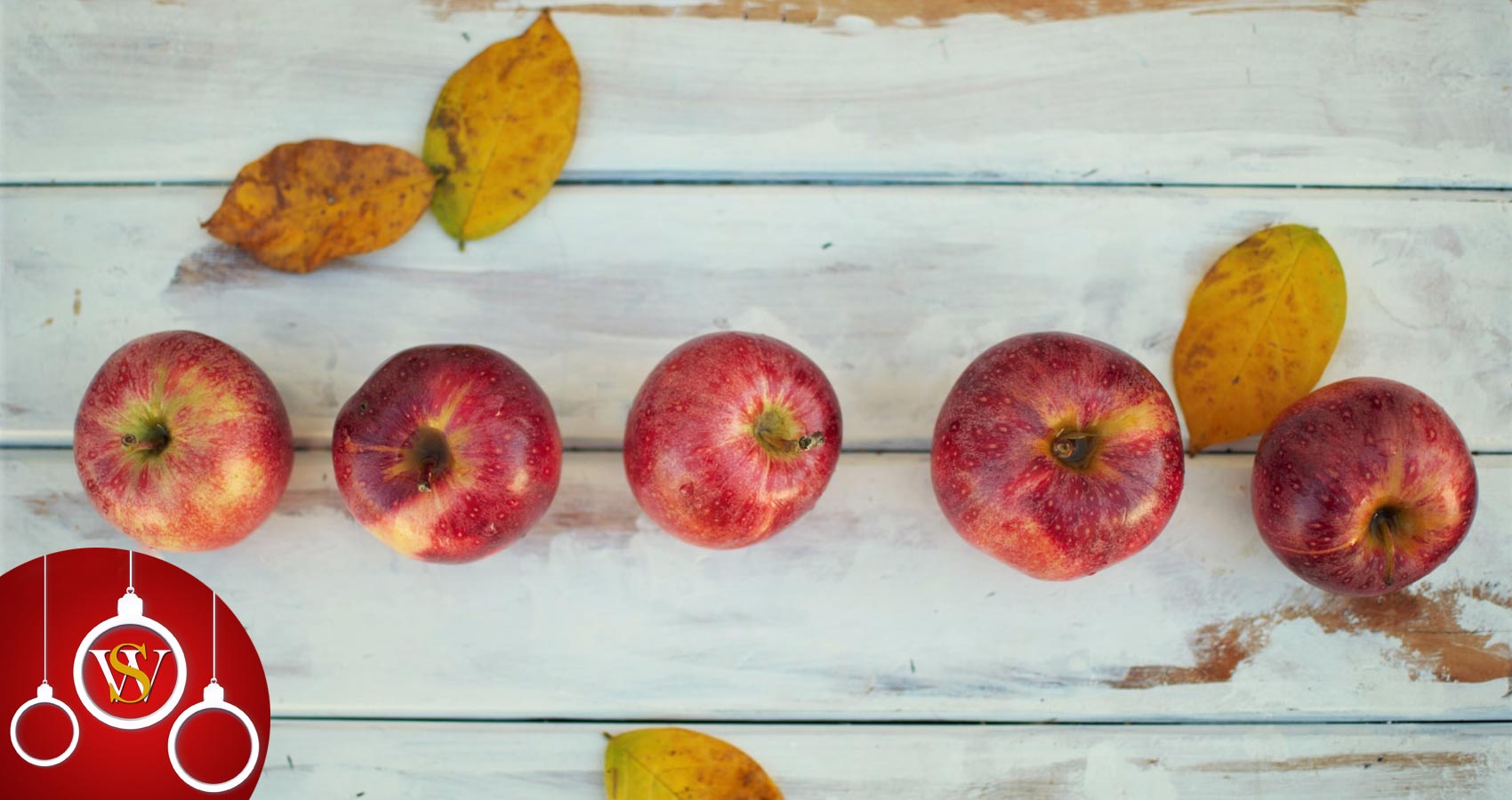 Six year old Margaret sits squirming in her desk in her first grade classroom at the Old Gap School. She fidgets with her lank, blonde hair. She rubs her scuffed shoes against the chair leg of the person sitting in front of her. Each of the students in her class is being called up to the front by Mrs. Brownell to reach a hand into the Christmas stocking and pull out a slip of paper. On each paper is the name of the treat that student will be expected to bring to the class Christmas party this week. One by one, each boy and girl, as they are called up, slides their hand into the long sock, feels for a piece of paper and brings it up and out to be read aloud.

Sally reads out in her clear high voice, “A batch of cookies.” Margaret feels a sense of dread moving in and out of her stomach. Billy smiles and says, “I bring popcorn!” Margaret feels nothing but doom. George gets “Peanut brittle;” Edith calls out, “It says 20 lollipops.” Margaret is feeling more and more queasy. Finally, Mrs. Brownell says, “Margaret, your turn.” Slowly, Margaret stands up and shuffles up to the teacher’s desk. Her hand trembles as she squeezes her eyes shut and reaches into the Christmas stocking and pulls out the last slip of paper. She carefully opens the folded paper, not daring to open her eyes. “It’s alright, Margaret. If you don’t know the words, I’ll help you.” But that’s not the problem at all. Margaret opens her eyes and whispers the words on the sheet of paper, “A bag of red apples.”

It is 1930, the height of the Great Depression, and no more is it being felt than in the Piedmont section of Alabama where jobs are scarce and money scarcer. All Margaret knows is that when she brings home that note that says she needs to bring a bag of red apples to the Christmas party, her Momma will probably cry again. Her Daddy probably won’t be home that early, if he comes home at all. Many nights he stays away or comes home roaring drunk. Then her Momma really cries. Margaret starts the long walk home, dawdling on the way, even though it’s late afternoon on a cold day in December, and her thin coat is not keeping her warm. She pinches the slip of paper from the Christmas stocking between her thumb and finger, holding it tightly. Margaret looks up at the graying sky with cottony cloud wisps floating across the landscape, and wonders who might help her in her dilemma. She would be too embarrassed to simply let go of that paper and let the wind carry it away. Then, she wouldn’t have to show it to her Momma, but there would be no apples to take to school either. She knows there is no money at home to buy apples. To whom can she turn? She could pray to Jesus and ask him to help her get the apples. She could ask Santa Claus to bring them, but he would arrive too late, if he comes to her house at all this year. So she just keeps walking and hoping and praying.

As Margaret walks into her dirt, broom-swept yard, she is surprised to see her Daddy sitting in a straight-backed chair on the porch, with the two front legs of the chair tilted off the porch floor, and him balanced with the chair back leaning against the front of the house. He seems to be sleeping. Margaret approaches cautiously, not wanting to set him off, in case he’s in a bad mood.

As she walks up the front steps, he calls out, “That you, Margy?” She walks over to him and just stands there, still holding the slip of paper in her hand. “What you got there?” Margaret hands him the paper and tells him she’s supposed to bring a bag of red apples to the Christmas party this week. Her father Judson sighs as he reads the note. He smiles at Margaret and taking a pencil from behind his ear, he writes on the paper, “Give my daughter Margaret a bag of red apples on credit.” Handing the note to Margaret, he tells her to go on now and take the note to the general store and get those apples for her class.

Margaret can’t believe it. Her Daddy is going to make this happen. Her Momma won’t cry. She won’t be embarrassed in front of her class. Skipping out of the yard, down the road to the Fayetteville General Store, and holding that note like it was a hundred dollar bill, Margaret proudly runs up the front steps, and opens the door into the store. It always smells so good inside. You can smell the aroma of coffee beans, stacked bolts of fabric, hints of spices like nutmeg and cinnamon, and the pungent odor of tobacco. Inside the radio is broadcasting a baseball game and several old codgers are gathered around the pot-bellied stove, playing checkers. They look up when Margaret walks in the door, beaming her excitement.

Mr. Parker, the proprietor, is standing behind the counter, replacing the lid on a huge glass jar of dill pickles, leaving a trace of dill scent in the air. He looks kindly at her, and she hands him the note from her Daddy. Margaret watches his face closely, as it changes from benevolence to a dark frown. Mr. Parker takes down his thick accounts book and opens it to the first page. The names of his customers are in alphabetical order in that book, and Margaret knows he is looking up how much her Daddy owes him this month. Even a six year old knows what credit is in 1930. “Tell your Daddy there will be no more credit until he pays up.” Margaret nods her head, a tear slipping out of the corner of her eye. As Margaret turns to leave, Mr. Parker slams his accounts book shut, along with her note. Just as Margaret gets to the door and reaches up to pull it open, Mr. Parker says, “Miss, what was it you planned to do with those apples?”

“Well, how are you going to bring apples to your party if you leave them here at the store? Come along, let’s pick out one apple for each boy and girl in your class.” As Mr. Parker carefully picks up each apple, inspecting it for bruises or worms, and selects only the plumpest, most perfect red apples for Margaret’s bag, Margaret looks at Mr. Parker with new eyes. This slender man with a middle-aged paunch, deep blue eyes, and balding head, certainly couldn’t be mistaken for Santa Claus. But he felt like Santa Claus.

As she leaves the store, clutching that precious bag of Christmas apples, Margaret feels both relief and shame. She is embarrassed that there was no credit left for her to buy those apples. Margaret wishes her Daddy had come with her and not left her to face Mr. Parker’s scowl alone when he discovered Mr. Argo had no more credit. Did he know Mr. Parker would have denied him those apples, but hoped he would not be able to disappoint a little girl at Christmas?

She walks on toward home, once again looking up into the dusk sky, and she remembers her prayers to Jesus. “Well,” she thinks, “maybe Jesus told Santa what needed to happen, and maybe Mr. Parker is one of Santa’s helpers.” That makes her feel better. Maybe everything happened in that store just as it was meant to happen. She really doesn’t understand how this Christmas giving works, but she does know one thing. She will not have to go to school empty-handed. Margaret will have a gift to give too. Christmas apples.

This true story is drawn from my mother’s life experiences growing up in rural Alabama during the Great Depression. She told me this same story countless times, especially around Christmas. What happened that day obviously made a deep impression on her, both from her remembered shame, but also from the wonder of the spirit of generosity of ordinary folks at Christmas.

Judith Comer worked as an educator of the gifted and talented, a speech/language pathologist, and a pre-kindergarten teacher before settling in to her last career as an Episcopal priest. She is also a yogi and a Reiki practitioner. Today Judith dabbles in walking meditation and photography along the shores of Mobile Bay in Alabama and on the Cumberland Plateau in Tennessee, as well as writing memoir. Her memoir is written both in prose and poetry.