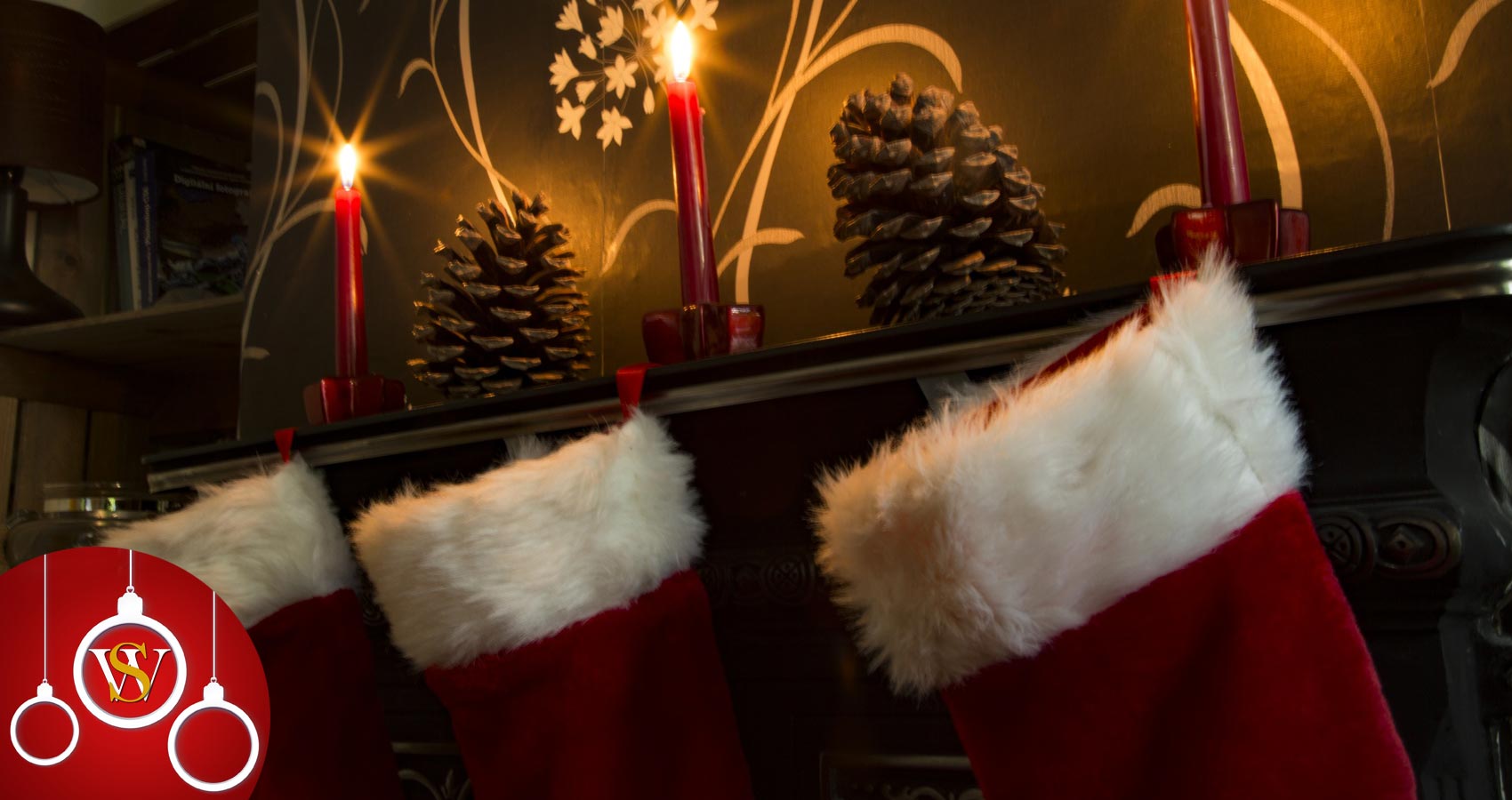 Chaos surrounded Christmas’ approach last year. My husband, Vince, was suffering recurring bouts of sinus infection. Our daughter Vicky was driving to Myrtle Beach from Washington, D.C. but her beau, Jim Willis was not able to take a vacation from his job in London.
Even worse, Vicki’s last call portended a breakup. “Dating for two years, Mom, and he still avoids marriage talk.”

The one bright spot was that my sister-in-law, Graziella, a long-time widow, had agreed to move closer to us in the new year and had agreed to spend Christmas with us while she looked for a place. Since our family held onto the elaborate Italian Seven Fishes for Christmas Eve, her help was most welcome.

A Christmas morning, stockings filled with small surprises are also an annual tradition. I still had things to buy for everyone’s stockings.

A few days before Christmas, Jim called from London to speak with Vince. Vince listened, mumbled, and then handed the phone to me.

Jim’s voice was shaky. “I just asked for Vince’s permission to marry Vicky. He said yes. Can you put something in Vicky’s stocking for me?”

I was thrilled and puzzled. “Sure.”

“Great! I’d like you to put her engagement ring in the toe of the stocking, but the even bigger favor is that I need you to go to Charleston to pick it up. The ring is a family heirloom and my grandmother, the one who lives in Charleston has it. I know it’s a bit of a drive from Myrtle Beach, but can you get it?”

He explained further. “I plan to phone in my proposal on Christmas morning, so I want her to find the ring along with a note I’ll email to you.”

“Of course, I can go! Charleston is only a 2.5-hour drive away. I’ll call your grandma and arrange a good day to swoop down for the ring.”

Jim was thrilled. As I was considering the best time to go, I heard a car in the driveway. “Helloooooo” Graziella called from the back door.

I told her about everything.

“Please let me go to Charleston for you!”

I had to admit, sending Graziella on this errand made my life easier than if I tried to go myself. I had more shopping to do, more soup to make for poor Vince.

We called Jim’s Grandmother. “Tomorrow works for me,” she said.

I let myself breathe again.

“Front end of the car is a mess. I’m going to stay in a motel near dealership that’s fixing it. I called Jim’s Grandma and rescheduled. I’m about an hour out of Charleston.”

I channeled my anxiety into baking additional cookies. The following afternoon, Graziella called again. “Dealer had to order a part. Don’t worry. The manager is taking me to pick up Vicky’s ring today, so I’ll be ready to leave from the motel tomorrow morning. Bonus is that I’m closer to home, so even though I’ll be traveling on Christmas Eve, I’ll be there early enough to help.”

“Visiting a friend near Charleston. She’ll be back tomorrow before we sit down for the Seven Fishes.”

Early the next morning, Graziella texted: “On my way home!”

Vicky wandered into the kitchen for some coffee. “Was that Auntie Graz?”

I nodded. “Yes—she should be here in about an hour.”

While Vicky helped me prepare our calamari sopra linguini, she confided more worries about Jim. “I spoke to him yesterday and he seemed unconcerned about missing Christmas with us.”

I squirmed. Afraid I’d spill secrets I suggested, “Let’s make more cookies.” Graziella came in as we were putting the last tray of gingersnaps into the oven. Graziella slipped me the ring box when Vicki turned her head. I slipped it into my apron pocket until I could duck into my bedroom to put it in the toe of Vicky’s stocking.

I opened the tiny velvet ring box to put in Jim’s note. A sunbeam sparked rainbow reflections from the large center stone of this three-diamond affair. Each gem was an old-fashioned rose cut set in squared prongs in a white gold band. I set it into the toe, then put in her orange, candies, and assorted trinkets.

That evening we ate and laughed our way through caviar, fresh anchovies, smoked oysters, smoked clams, and herring, shrimp, and calamari. Artichokes added a bit of green. After supper, we read Luke 2, opened presents, ate cookies, and drank champagne. After the others went to bed, I set out stockings.

Christmas morning, we dumped out our stockings. We all watched while Vicky opened the velvet box from the stocking’s toe. She gasped and put on Jim’s Grandma’s ring. “He loves me and wants to get married,” Vicky announced.

On cue, her phone chimed. Jim.

Suddenly Graziella’s purse began to sing Bossa Nova. She excused herself and went into the kitchen.

Vince and I retreated to the hall to give Graziella and Vicky privacy. While Vicky was still talking, Graziella closed her phone and walked over to us, smiling. “That was Bill, the dealership manager. He has an appointment here in Myrtle Beach on the 28th and wants to have supper with me.”

This year, I’m setting two new places at the Christmas dinner table. One for Jim and one for Bill. Stockings? Well, this year Vicky’s and Jim’s will contain knitted baby slippers (surprise for Jim!) and Graziella’s will hold a diamond ring from Bill.