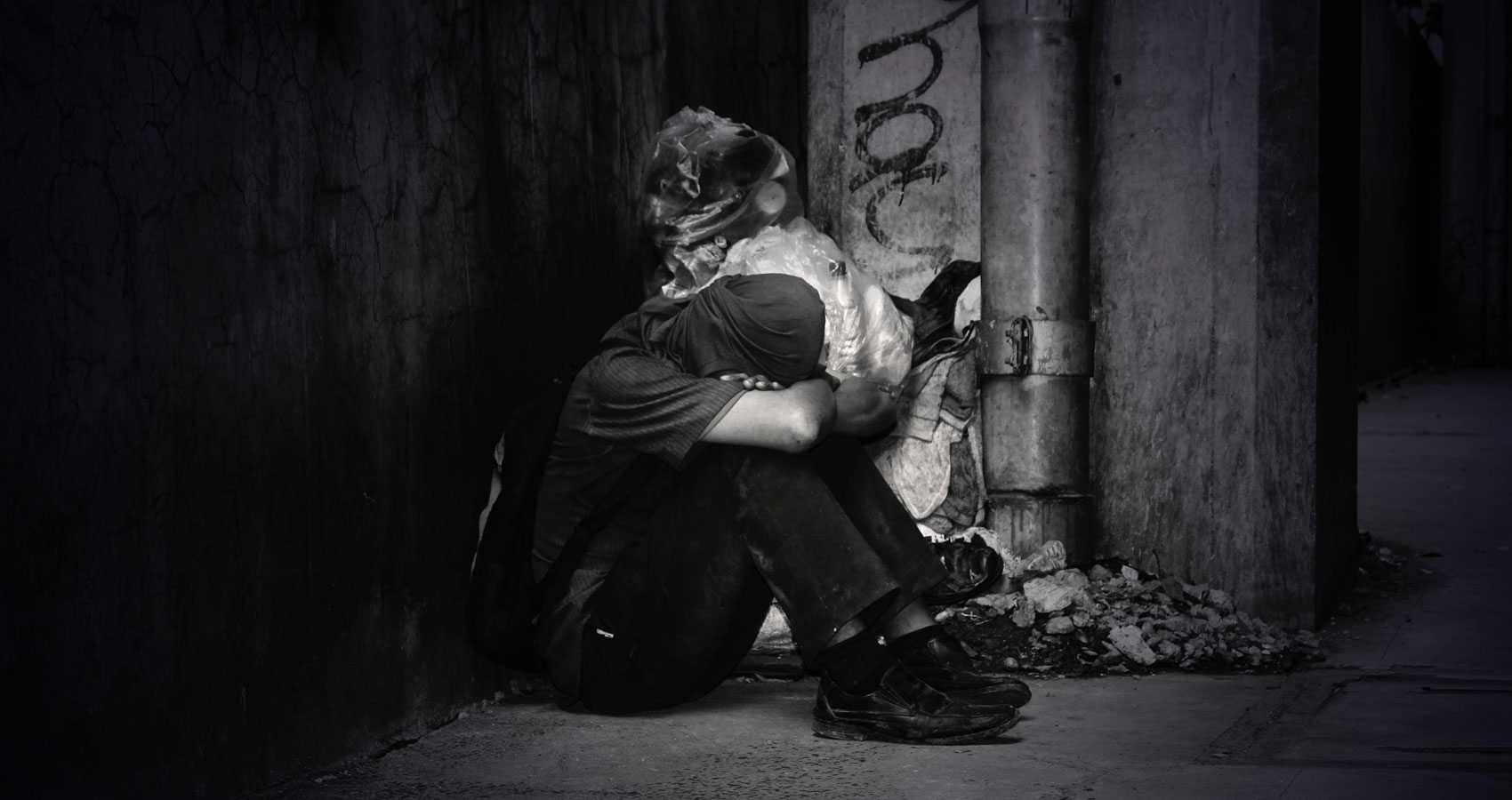 The glitzy eye of the capital dimmed by savage wage cuts, job losses, unlicensed pawn shops, rampant racism, and those overfed piggy bankers. 5 am: Underneath Waterloo Station. It stunk of skunk -sick man’s urine and a hungry bull mastiff. Empty cans of Stella -KFC chicken boxes, and orphaned, pound store socks lay strewn across the mouth of the underpass. Sitting on a crinkled grocery bag: Dutchie a streaky-haired scrawny seventeen-year-old stretched her arms out. Stage school flunkey and forgotten acting ingénue. Now part-time flower arranger and full-time coke addict. Defiant in charity couture. Underneath a beige rain mac, she was trussed up in a lime green spandex leotard -red polyester micro mini, and sheer stockings mottled with runs. A pair of three-inch black pleather kitten heels swaddled in a fleece -lined navy hoodie neatly bundled by her side. Sodium street lights colouring her elfin shaped face. Her heavy-lidded violet eyes flashing violently as a lanky, ponytailed rake about nineteen slumped in front of her. Scruffy, square-shouldered in bleached baggy -denim a porkpie hat, and drab -green Adidas sweatshirt. On his feet scuffed, branded trainers splattered with months of missed opportunities, bad luck, and hard-nosed rejection. Ichabod Funk (Ich). Homeless -music school drop out spliff -social poet and street -scammer. Ichabod trotted around selling stolen shit, useless intel, and mobile phone sims. With his big expectant eyes and childlike view of the world, he was waiting for a miracle or something close. His shattered suburban dream of becoming ‘someone’, shredded in the excrement of social cleansing. Still strictly small -time he had stumbled on a Baudelairean hangout The Horseshoe a few miles away in Portobello Road. His pinched nasal voice overridden by a see-saw lilt.
We gotta go. C’mon.’ Dutchie looking at him sourly.
‘It took me five hours to get this space.’ She spoke in a muted winter-weary tone as if the frost-tipped tongue of December were licking her fingers raw.
‘I have a place for us to go. C’mon.’ Ich gathering up the rain stained lightweight duvet -sample sized toiletries and a half-drunk bottle of mineral water. Everything they owned housed in disposable plastic bags they lugged around town. They left behind their cardboard sheets and Milky Way wrappers. Most of their time was spent stalking shop doorways and empty benches for places to rest. Blocked by an ugly slew of spiked barriers. A sharp reminder of their homeless status. Erected steel fangs positioned over warm air vents to stop them snatching even a few minutes of snooze time. Dutchie attacked by a nest of erratic cocaine -sprayed thoughts. Hate festering in the bowels of her mind as she watched sparkly party -goers slink by Pretty long-haired bitches with your bottled tans talking-titties, singing asses and fake eyelashes -judging me with pouty lip disgust I had a life too once upon a time and who are you to judge if I shove my fist in your satin -glossed mouth? Are you gonna scream and shout? Sometimes I can’t change my tampon for days. Sometimes I wipe the dried blood off with my little finger. And all I can eat is stale cheeseburgers micro flipped for a minute. Will I wake up dead? Just another statistic in an unmarked grave.You look at me like I’m a slimy -back -sliding spider -struggling to climb outta a sinkhole. I got big dreams -just ask the angels. Ask them if I’d be forgiven for stabbing you in the throat. If I could wash my fingers in warm peachy soap.And not the public scum -furred toilets where that pimpled -chin sex perv’ with lice in his beard – masturbates in front of me while I’m trying to take a dump. Guardian reader! With your patronizing smarmy smirk. You make me puke offering me free lattes, in your ethnic -free -trade hempy skirt. I’m just a way for you to bag likes and shares as you take another pic for your growing twitter feed. Here’s one for your Majesty! So beloved of gushy American tourists and the English middle classes. Why am I the outsider? And why are you ENTITLED to shit on me and plant your royal arse on acres of land without worrying about paying the tax man? The poisoned parasitic slurp of the English Monarchy fucks us all. What kind of sicko world is this where hordes of people stand in line to catch a glimpse of your smug little face and grovel at your feet begging to shake your grasping white-gloved hand as if you were Jesus Christ?

This story was inspired by real events and the poetic carnality of a grotesque gut grinding poverty.