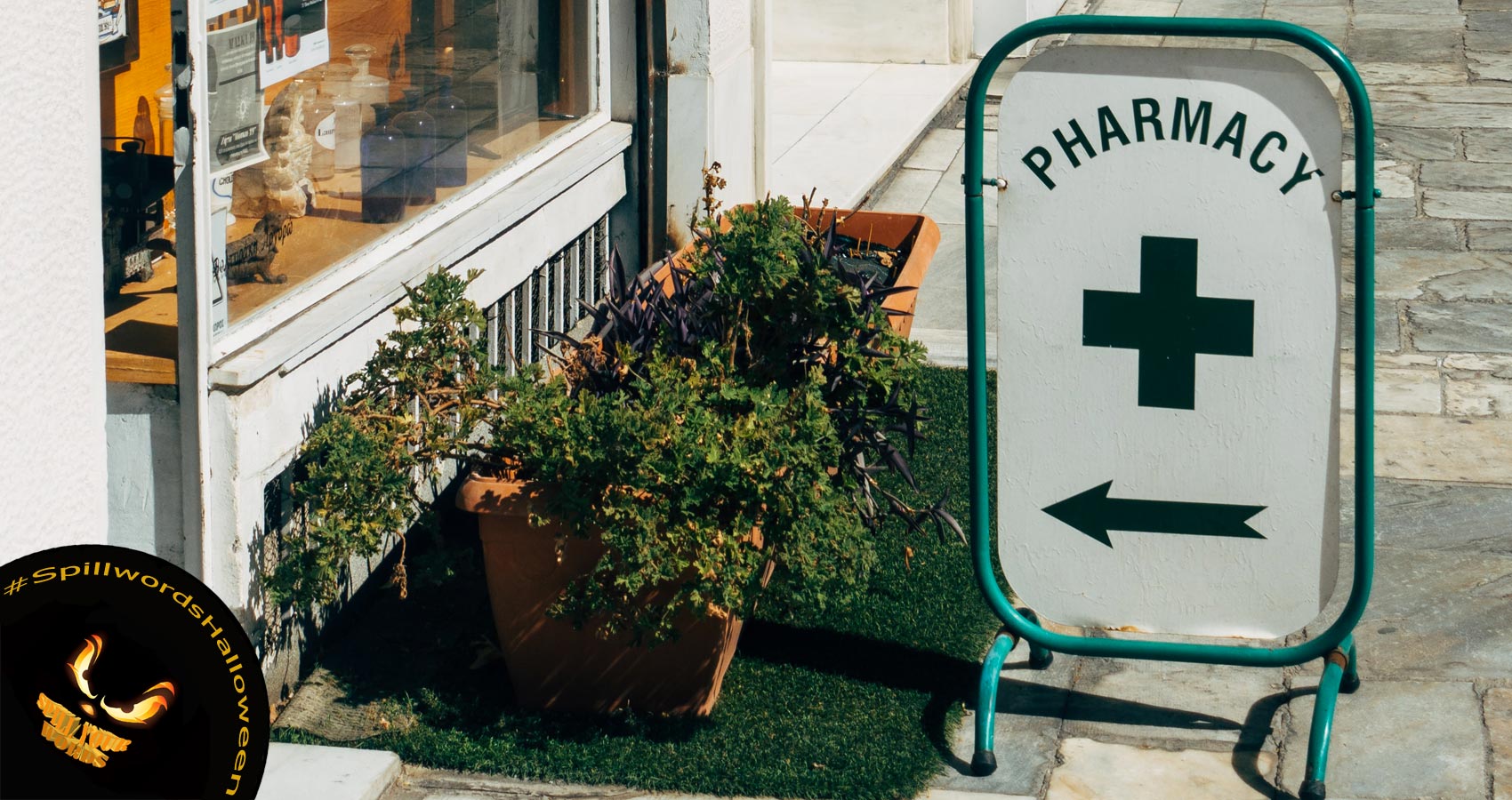 This is the story of Beebis. Or as the younger generation called it, Deebis. Or to the older generation, Dolly Danger.
As soon as we got out of the car in the too bright sun of the strip mall parking lot, we sensed this was going to be an unusual experience.
Why were we so excited and almost giddy?
This is typically an irritating and some would say painful inconvenience.
Three members of the same family feeling compelled to get a flu shot.
But as we waited in line to be jabbed, we were curiously animated and there was almost a fall festival feeling in the fetid air of the pharmacy.
Strangely, as we completed what many would consider a dreary task,
we almost tripped over each other— sprinting to see what the Halloween aisles of candy and cheap toys would offer up.
With all the horror going on in the world right now, why were our steps so light?
As soon as the little ones saw it, they knew it was our ticket out of the hellish gloom of brush fire, plague, and back to school season.
For no rhyme or reason the names Beebis and then Deebis came to the children’s minds as if in a vision.
How cruelly cute! How blood curdling cuddly! It must be ours!
The sweet little devil on howling hobby horse almost rocked itself off the shelf
into the sore inoculated arms of the child/women.
Another Halloween launched on flu shot day.
Now a Trick or Treat Tradition.
Thank the drug store spirits for once again lifting ours, in a complicated and often discouraging world.
But all good things must come to an end.
Fast forward now to November 1st where Beebis no Deebis no Dolly Danger slowly rocks herself to soothing, choking on witch baby tears. From behind the attic door,
amid the crumpled costumes, Easter baskets smeared with chocolate bunny blood and one-eyed Christmas elves she begs to be freed and escape back to the hellish comfort of fluorescent lights.

Phyllis Schwartz is a married mother of two, who, after a highly successful career in the TV news business, finally has the time to indulge in and focus on her “civilian” writing. Even as a kid, she kept a diary and wrote little stories and poems, a creative release that continued well into adulthood. She wrote news by day and poetry by night. And despite battling three different types of cancer over more than three decades, she is still filled with energy, joy, and optimism, and she looks forward to writing much more poetry and children’s books in the future. Her writing often centers on what she observes daily: including her friends, husband, and two children, as well as her garden and her beautiful beach town residence in dreamy Encinitas, all providing continued inspiration for her verse.