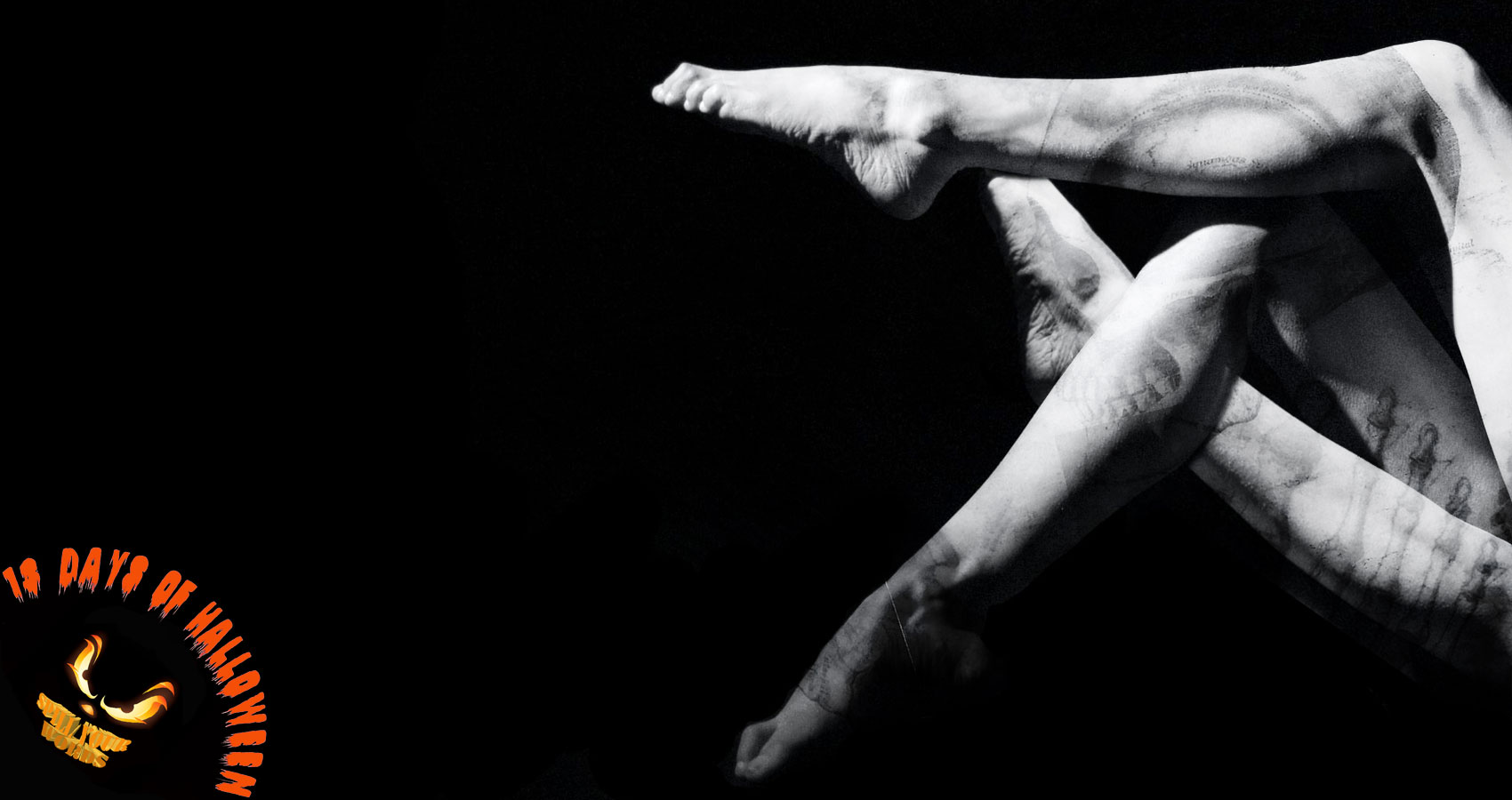 There she was sitting by herself again under the cold fluorescent lights of the library. Her silky black hair covered her left eye when she suddenly looked up at him.
Trey turned away at first, but then slowly looked back at her with all the obsessive feelings that he’s had for her this last month.
Katrin was not looking away, but her eyes seemed watery as if melting like ice under his stare. She smiled at him harmlessly and aimed her face nose down to the textbook. She plucked a few keystrokes on the laptop next to her, peeking ever so casually through her strands of hair.
He thought she looked like a wounded animal, a precious thing in need of his attention. He could give her all she could take. He wanted her. He knew at her age she’s probably had a boyfriend or two before, but not many. He imagined most men would be repulsed by her strange appearance. Yet others like him are quite intrigued.
Trey pushed it farther than just fascination. He wanted to go as far as his fetish would embolden him. The sight of gorgeous female legs gave him such a thrill and made him crazy with desire. It was the first thing about a woman he’d notice. How he acquired such a kink is anyone’s guess. Even as a child he remembered, he would be enamored with the pantyhose worn by his mother’s friends when she would host handbag parties. Always touching their legs and telling them how pretty they were. Back then he would get smiles and a thank-you.
Trey knew that he’d have to rein in his wolfish stare if he wanted to have a chance at Katrin. He made a point of walking to the literature section on the far wall to browse. He rolled peeks her way as his finger indexed over the spines of classics until it landed on an abridged copy of Don Quixote. “Ah, a kindred spirit,” he said to himself.
Ever since the beginning of October, he kept notice of Katrin doing her thing, always hitting the books hard, even on the weekends. Her social circle is small and she mostly keeps to herself. Perfect for him to admire from afar.
Trey hasn’t had the nerve to ask her on a date. He’s terrified she will refuse him… and then his bad side might take over to make him do the evil that landed him in jail a few times before.
She looked up at him again. He wished she had prettier eyes, they were the shade of a blueberry and nervously wide, but she had a cute little upturned nose to help the attraction. Of course, none of her features mattered as much as her amazing legs. All three of them!
What spirit gifted him access to her, he couldn’t fathom, but he’d gladly accept the challenge. One man’s repulsion is another man’s desire.
She had two legs crossed at the ankles and the other one folded atop of her other knees, all protruding from a burgundy knee-length skirt. To watch her reposition them was as sexy as anything in his porn collection. He’d been taking cell phone videos of her as she strolls through the Boonville College quad, kicking up the red and yellow leaves like some art film scene. Her three perfect legs would move harmoniously in rhythm as she tries hard not to be the spectacle that she is. He’s engrossed himself in watching these videos. It’s been an acceptable way to deal with his insatiable desires. That is until now. Katrin smiled at him, and that was as good a sign as any to start up a conversation. She looked up at him surprised when he walked up to her table. He smiled and said “Hi, I’m Trey, how are you,” in a shaky voice.
“I’m Katrin…I’m okay, and you?” Her high-pitched voice revealed a slight English accent.
“I’m just fine, can I ask you a question?” He shuddered with excitement inside.
The pleasant smile left her face. “Yes,” she muttered. Her nervousness was apparent. Trey was a blonde, blue-eyed man with a medium build and he thought quite the sight for her lonely eyes.
“I would love to buy you dinner tonight, would you join me?” He said much smoother. “There’s an Italian restaurant over by the courthouse that has some great Margherita pizza.”
Katrin blinked her glossy eyes and surveyed the room. She said, “I don’t know, maybe. I mean…” she stammered, turning her chair towards him revealing her legs spread evenly. “I’m not all that normal, you know.”
He smiled wide, “I’m not a big fan of normal.” His mouth was almost watering.
She smiled momentarily, and then looked down at her skirt.
“I don’t have two…you know…if that’s what you’re thinking,” she whispered harshly.
“No, no, no!” He shook his head vigorously, “You’re very pretty,” he started.
She blushed, putting a hand to her face “I’m sorry I said that, I seem to be a curiosity in that way to some guys,” she explained.
He looked at her relieved, “That’s not me, I promise you.”
“Then can I ask why? You’re very handsome and could date any normal girl around here,“ her tone softened.
“I told you, I’m not a big fan of normal,” his smile grew. Katrin’s smile came back.
“I’m not above begging,” he said, trying to exude charm. “I promise it’ll be more fun than a loud Halloween party.”
“Okay, I’ll go…what time will you pick me up?”
“How about seven o’clock?”
“Sure, just meet me here. I’ll wait at the bench near the entrance.”
“Great, I’ll see you then,” he said, marveling at her.

She drove his truck down to the river’s edge before jumping out, letting its momentum take it into the water. She grinned as it sank, knowing that without a family, he wouldn’t be missed.