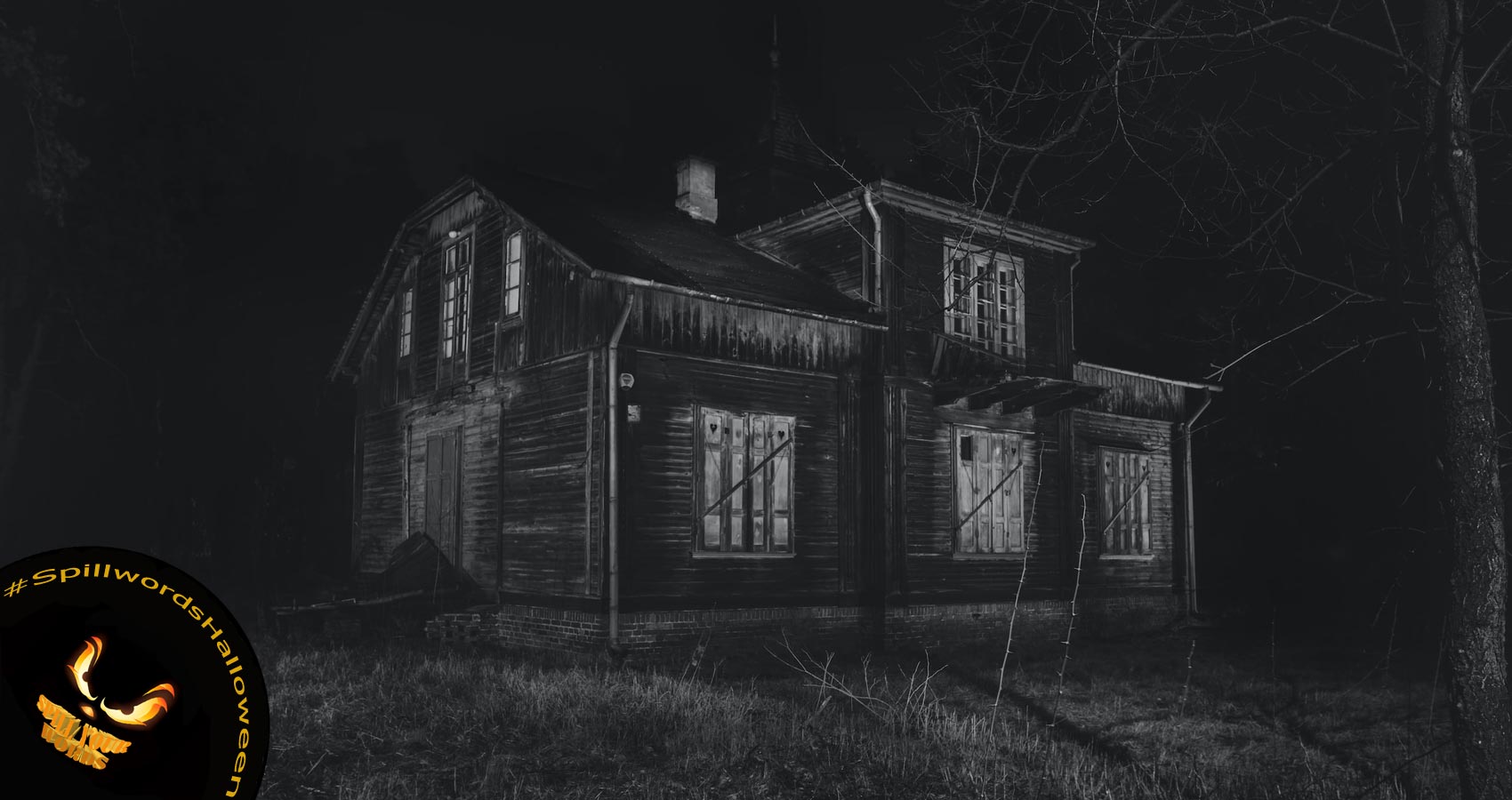 The three boys stared at the creaky, dilapidated house trembling, clutching their trick-or-treat bags to their chests. Billy spoke first, “My brother said that an ex-con lives here. He went insane after spending thirty years in solitary and murders anyone that knocks on his door.”

Diego added, “Yeah, and he keeps his grass overgrown because that’s where he throws the dead bodies.”

Liam said, “You’re both wrong. My dad told me that the man living here is so evil that the devil himself came right out of hell and cut off his legs with a chainsaw. Now he keeps those bloody, rotting legs in his closet and if someone comes to the house he doesn’t like, he murders them with his dead legs. But I also heard he gives out movie theater sized candy bars and I want one.”

Liam retorted, “Don’t be babies. We’ll just grab the candy and run. He can’t chase after us without any legs.” Liam rang the doorbell as his friends stepped back whimpering.

The door creaked open and a man in a wheelchair grabbed Liam by the shirt and pulled him onto his lap. The boys shrieked in terror, too petrified to move as Liam began laughing. He said, “Hey guys, come meet my Uncle Mike.”

The boys tentatively shook hands with Mike, eventually calming down after chatting with him and seeing what a nice guy he was. Mike explained that he lost his legs in a car accident and his grass was overgrown because he needed help cutting it. He gave the boys giant candy bars, as promised, than winked at Liam who went to the closet to retrieve his dead legs.

Peggy Gerber is a poet and short story writer from Northern, New Jersey. She is the 2021 winner of the Open Contract Challenge and author of the poetry chapbook Stumbling in CrazyTown. Her works can be found in many publications including Better than Starbucks, Daily Science Fiction and The World of Myth Magazine.