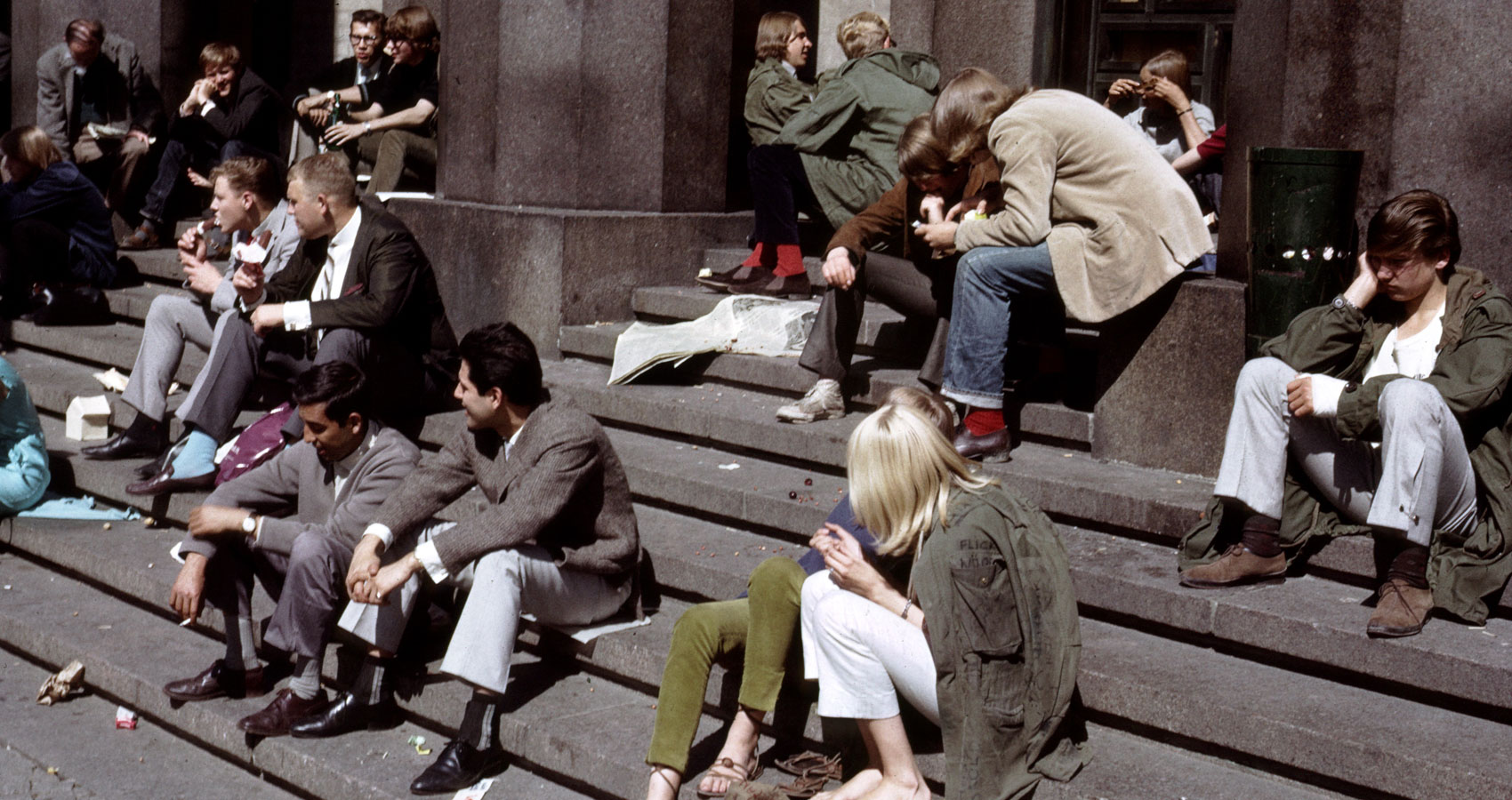 a poem by Allen Ginsberg

What sphinx of cement and aluminum bashed open
their skulls and ate up their brains and imagi-
nation?
Moloch! Solitude! Filth! Ugliness! Ashcans and unob
tainable dollars! Children screaming under the
stairways! Boys sobbing in armies! Old men
weeping in the parks!
Moloch! Moloch! Nightmare of Moloch! Moloch the
loveless! Mental Moloch! Moloch the heavy
judger of men!
Moloch the incomprehensible prison! Moloch the
crossbone soulless jailhouse and Congress of
sorrows! Moloch whose buildings are judgment!
Moloch the vast stone of war! Moloch the stun-
ned governments!
Moloch whose mind is pure machinery! Moloch whose
blood is running money! Moloch whose fingers
are ten armies! Moloch whose breast is a canni-
bal dynamo! Moloch whose ear is a smoking
tomb!
Moloch whose eyes are a thousand blind windows!
Moloch whose skyscrapers stand in the long
streets like endless Jehovahs! Moloch whose fac-
tories dream and croak in the fog! Moloch whose
smokestacks and antennae crown the cities!
Moloch whose love is endless oil and stone! Moloch
whose soul is electricity and banks! Moloch
whose poverty is the specter of genius! Moloch
whose fate is a cloud of sexless hydrogen!
Moloch whose name is the Mind!
Moloch in whom I sit lonely! Moloch in whom I dream
Angels! Crazy in Moloch! Cocksucker in
Moloch! Lacklove and manless in Moloch!
Moloch who entered my soul early! Moloch in whom
I am a consciousness without a body! Moloch
who frightened me out of my natural ecstasy!
Moloch whom I abandon! Wake up in Moloch!
Light streaming out of the sky!
Moloch! Moloch! Robot apartments! invisible suburbs!
skeleton treasuries! blind capitals! demonic
industries! spectral nations! invincible mad
houses! granite cocks! monstrous bombs!
They broke their backs lifting Moloch to Heaven! Pave-
ments, trees, radios, tons! lifting the city to
Heaven which exists and is everywhere about
us!
Visions! omens! hallucinations! miracles! ecstasies!
gone down the American river!
Dreams! adorations! illuminations! religions! the whole
boatload of sensitive bullshit!
Breakthroughs! over the river! flips and crucifixions!
gone down the flood! Highs! Epiphanies! De-
spairs! Ten years’ animal screams and suicides!
Minds! New loves! Mad generation! down on
the rocks of Time!
Real holy laughter in the river! They saw it all! the
wild eyes! the holy yells! They bade farewell!
They jumped off the roof! to solitude! waving!
carrying flowers! Down to the river! into the
street!