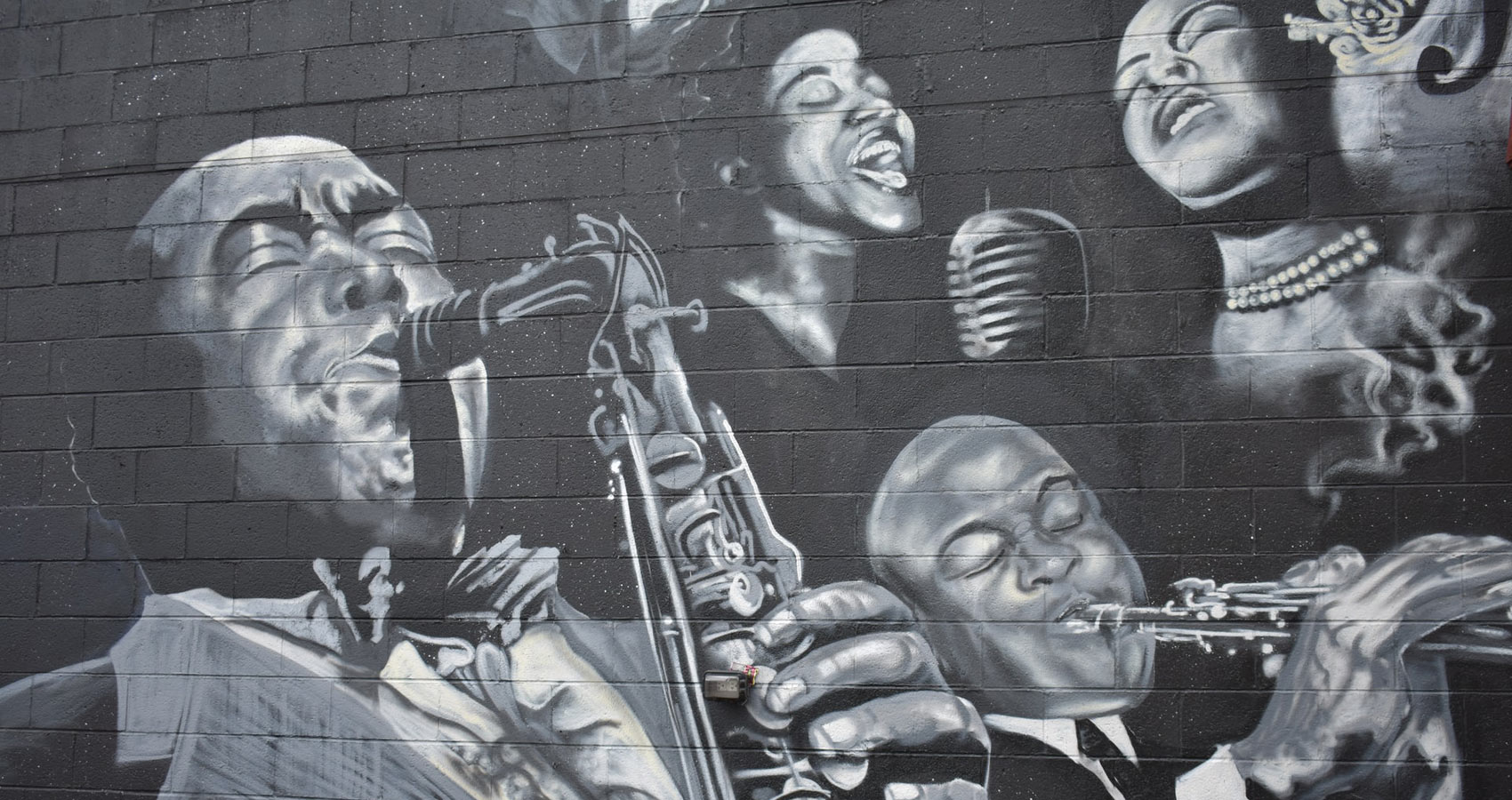 And though they’ll think us rather rude
let’s tell the world we’re in that crazy mood.

“You what?”
“A threesome. You and me and…” And a thought went through my head and I said,
“Not with another guy, no. I can’t do it.”
“But with a girl you can?”
“I don’t know, maybe, it’d certainly be a lot easier. I mean. A girl, yeah, we can try that.” And she started laughing really loud and said,
“Oh, you should have seen your face.”
“But you want to right, don’t you?”
“Yeah, and with a girl not a guy. I know someone.”
“You’re like me. You don’t know anybody.”
“It would have to be here on a weekend. Not at Glebe. I don’t want them knowing my business.”
“When?”
“How about Sunday?”
“Today is Friday. Fuck. Who is this person?”
“Natalie. She’s cool, she works at this bookshop on Glebe Point Road.”
“And you like the same books?”
“Yeah.”
“Have you?”
“Yeah, once.”
“And I…um.” I climbed down the ladder and pushed open the door to the small bathroom and had a shower wondering if I should be upset she cheated on me or happy because we were going to have a threesome. I put the cheating out of my mind, if it had been a guy it would have been different, and told her just before I left for work that it’s OK. I’d do it.

I had a small, black, fake leather sofa and me and Megan and Natalie were sitting on it. I had these big wine glasses and I was drinking lots of glasses of red wine and Megan gave me a joint and I took a big toke and my head spun. I’d been drinking too fast. Megan said,
“Do you like, Natalie.” And I laughed and said,
“Yeah, she’s beautiful,” and I turned to look at her on my left and she said,
“Kiss me on the lips.” And it was so sexy, she had thick black hair and black lipstick and I turned to kiss her and my face brushed her gorgeous hair and I kissed her softly on the lips and she said,
“Ooh, that was nice,” And I said drunkenly, “you’re so beautiful.” And Megan slipped her hand under my t-shirt and rubbed my left nipple and then ran her hand down my stomach and it was delicious and I was in heaven. Natalie pulled her blue singlet over her head and it just went on from there. We all climbed the ladder up to my bed.
The thing I most remember is that we were all laughing all the time. We’d look at each other and just think, this is amazing and we’d laugh. Afterwards, Megan, kneeling at the end of the bed, sketched me and Natalie as we sat back on the bed, pillows behind our heads, smoking cigarettes or joints, the sheet across our waists. Feeling beautiful. I still have the sketch. It kills me. It was a heady day and night. At one point Natalie and I got up and did a 7-11 run for cigarettes and Tally-Ho papers and junk food and I found out we loved the same kind of books and films. She was studying Writing & Editing at college and was whip smart and I wondered if you could be in love with two people at the same time.

Megan disappeared for a week. I couldn’t get her on the phone and when I dropped around the house was locked up so I couldn’t get in to see if she was there. After failing to get in I walked down to the book store Natalie worked in and she greeted me with a big smile and said,
“Hello stranger, I was thinking about you before.”
“What about?”
“Well, you said you liked the Beat Generation writers but when I asked you about John Clellon Holmes you said you hadn’t read his book.”
“Ah, OK, so…”
“So, I have it here. I put it aside for you.” And she handed me a copy of Holmes book, Go.
“Some people say it was the first book about the beats, before even Kerouac.”
“Great, thanks. That’s so nice you thought about me. And hey, have you seen, Megan. I can’t get in touch with her.” And she looked away and said,
“I think she found herself.”
“What?”
“The whole lesbian thing.”
“Ah, so you think…”
“I’m like you, she came to me with the idea. I don’t think you know her nearly well enough.”
“She’s gay?”
“I know a few people and they say she is.” I was about to tell her no, it was bullshit, she and I…and then I didn’t say anything and Natalie said,
“Keep the book. It’s a present.” And I said,
“We’re friends, right. We like each other.”
“Yeah, I mean, we shared something didn’t we.” And we both smiled and then laughed, just like we had in bed the previous Sunday.
“I gotta go,” I said and left the shop and walked all the way home to Darlinghurst on my own.
The next day, a Tuesday, Megan rang me at my pseudo loft (her words) and said,
“You won’t believe this.”
“Oh, and nice to hear from you too. Natalie said you’re a dyke.”
“Don’t use that word, please.”
“Well are you or aren’t you?”
“I don’t know. I’m nineteen. I’m finding out something new about myself nearly every single fucking day.”
“You said I wouldn’t believe it. Believe what?”
“There’s a new Australian film out and Miles Davis is in it. It’s called Dingo and Colin Friels is in it too. We have to go, tonight, please, Richard.”
“Miles Davis. Wow.”
“Yeah. Wow.”
“OK, I’ll come to your place now but after the film you have tell me where you’ve been.”

There was one scene in Dingo where Colin Friels and Miles Davis were on stage together in a Paris nightclub jamming and man, they were burnin’ and it made me feel like nothing else in the world mattered. A small electrified moment in time that sent goose bumps and shivers all over my body. Jazz is like any great music, it can transform your body. Like Elvis shaking his hips or Iggy Pop dancing like a shaman or David Helfgott transformed by his piano playing and when it happens it is magic.
Then came the letdown after the movie, satisfied but wanting more and still angry with Megan and I asked,
“Where were you this past week?”
“With Natalie.”
“I went into her bloody bookstore and she was all nice and friendly and gave me a book and told me you were off…”
“She likes you, Richard. But wake-up Newcastle boy, this is…”
“Oh, this is the big city and I’m being naïve, is that it. I shouldn’t expect my girlfriend to…”
“I’m going to keep seeing her but I want to stay with you. I can’t think of any other way to say this so, I still want the sex with her.”
“But not all of us again.”
“No, it was just an experiment.”
“It worked.”
“For you it did. No, no, that’s wrong. Of course I enjoyed it but I don’t want to…I don’t know. I don’t want to do it again.”
And it stayed unresolved and summer came and we stayed at my place more and more and in the mornings or on days off we’d catch the 380 bus to Bondi Beach and swim. Megan used to sunbake topless in just a red bikini bottom and when she walked down the beach to the sea, to swim topless at the south end, it took my breath away and the sex when we returned from the beach was always powerful. And it wasn’t just that image of her, it had something to do with swimming in the cold ocean and the tension built on the bus ride home and the sex was always a little wilder. And then every couple of weeks Megan would disappear for a few days and I knew she’d be with Natalie.
And then she disappeared for a week and the week became ten days and sick with worry I caught the train to Central and walked up Broadway to Glebe Point Road to see Natalie at the book shop.
“You’re so stupid,” she said. “Don’t you get it? She just does whatever she wants.”
“But was she with you, all these time she took off and…”
“Look, we’re friends, but don’t ask me that again, I told you what I think. If you come here, come to see me not talk about her.” But I couldn’t trust Natalie and I didn’t go back to see her again.
And for a couple of years I kept seeing Megan out of the corner of my eye or in the near distance but when I turned to look she’d disappeared or it was someone else. I gradually learned that you have to be a little brave to make new friends and I did cut a swathe through the pubs, bars and nightclubs of Sydney.
I never saw Megan again.
And jazz; fucking jazz. Like swimming in the ocean and the memory of her, it triggers something inside of me, always and forever.