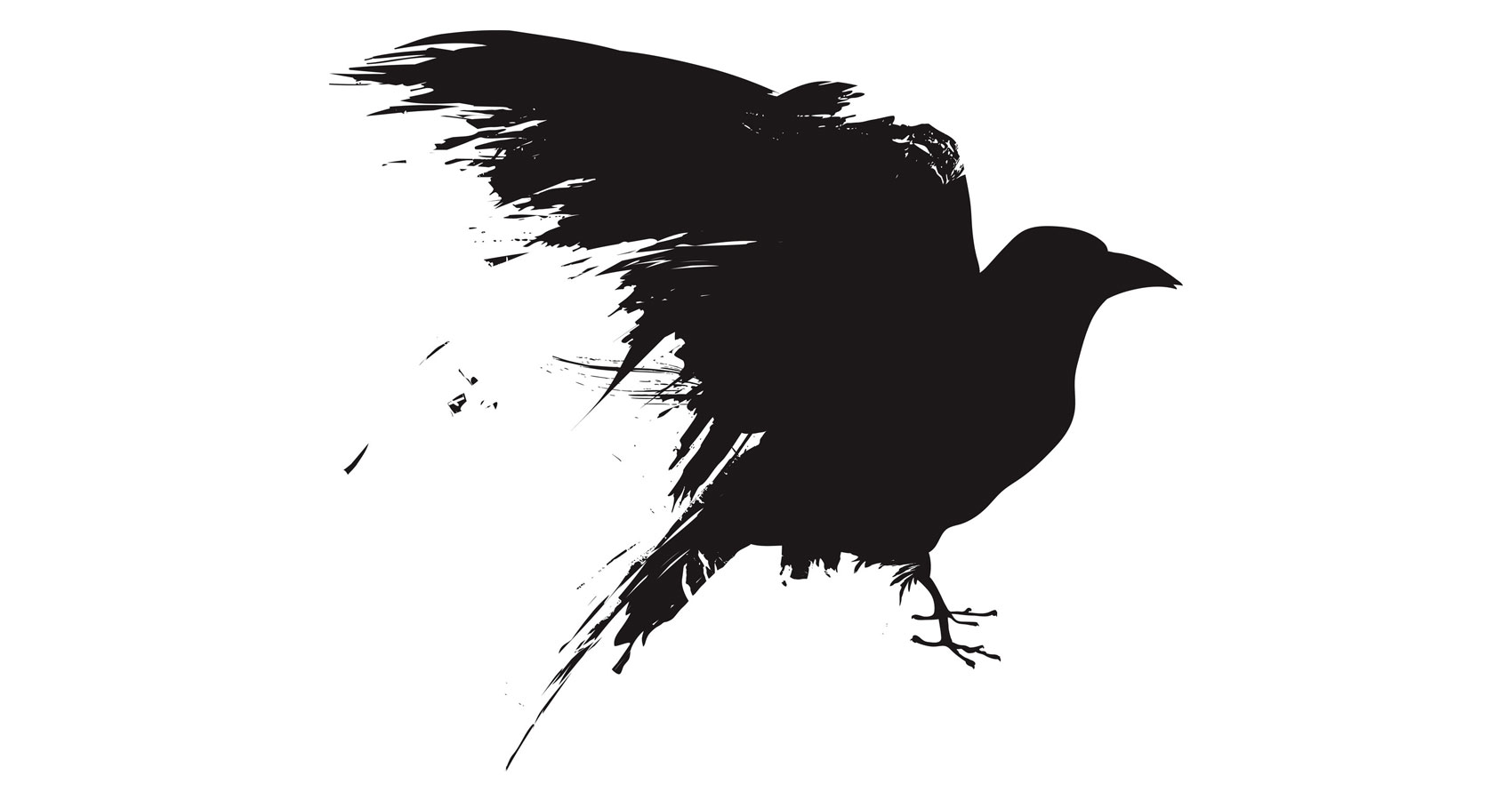 The Comfort House Chronicles: The Crone

The Comfort House Chronicles: The Crone

“I always knew that old bitch across the hall was a little crazy, that Mrs. Walker. Seems even more so when you’re the only two tenants in a 4 story building. She kept herself to herself mostly, the way old people tend to do.  She just wasn’t interested in us as neighbors or she was just too shy to make friends, I never knew but either way there was hardly any contact with her.” Arthur kept on talking and as he spoke the words, remembering. Seeing it all happen again in his mind.

“Even when we passed her on the stairs she’d answer our good mornings and good evenings with a mumbled hello or goodbye. None of us minded much. She was never any trouble to anyone. She had obviously been attractive in her youth. She had a small build reflecting her once slim figure. Her hair was silver like spiders webs, sprouting scantily over her wrinkled, spotted head. I think it was darker color when she was younger you could see the hint of, well something else there. Her face was pinched and narrow, like she had just sucked on a lemon. She had a crooked arched nose and her right eye was completely black. Like a lump of polished coal, smooth and glistening, moving around like a detached bead with a will of its own. You could never tell where she was looking with it. Her wrinkled left arm was red and patchy. From the third finger to her wrist there was no skin tissue, just red patches with a septic outline, like it had been stopped from healing. It was patchwork like that down to her elbow, with seven or eight of these sores. It struck me as odd when I saw the note she put under my door but I thought hell that’s just how old people are sometimes. It was scrawled out in an old kind of script.”

Dear neighbors,
I have gone away for a fortnight. Please look in on my pet bird. I will pay you twenty dollars.
Sincerely, C.A. Walker

“I wondered what the hell C.A. stood for? In the envelope was a twenty dollar bill. A fortnight? Who says THAT anymore?  I suspected she had a bird even though we were not allowed pets in our building. I assumed she kept a parakeet. Lots of old people keep parakeets and we’d often hear her muttering to herself about a beautiful bird. We’d had not heard a dog howling in the night, or seen a cat around her place. Come to think of it now Doctor I can’t remember the last time I saw a cat or a dog in our neighborhood. I asked my daughter if she’d like to go feed the bird she mumbled and complained like all children do. It seemed like a good way to teach a 12 year old some responsibility and let her earn a few bucks. I should have known there was something wrong when we heard the door slam and the sobs from her locked room. Sarah, my wife, put it down to tweenage angst. Sarah went to sort Jessie out, while I put on my coat and slippers. It was getting late and I didn’t want the poor bird to starve because a 12 year old didn’t like the job I gave her. If only I’d noticed the door handle was sticky, like Mrs. Walker’s scratchy note as if spiders were walking through ink, if only I’d noticed the broken feather in the hallway. If only. The door was wide open. It must have been Jessie, I thought. Lucky Mrs. Walker lived in a virtually empty building. I was hit by the smell of cabbage and cigarettes and something else.”

“It was just to the left of the table where a bag of bird seed was sitting. In the hall just in front of an old carved oak wood mirror.”

“The mirror was dusty and grimy but I could see the outline of a door under the sheet covering the cage reflected in it.”

“I’d never heard a parakeet make such a loud noise.”

“But it wasn’t a parakeet Doctor no, not at all. Its long, black beak tapping between the rusty bars.”

“Its ruffled black feathers reflected in its eyes, like gleaming ebon marbles. It cawed as I stepped nearer. It was a old crow. I was getting nervous and felt the urge to leave without feeding it. It was just a bird right? What could possibly go wrong? I unlocked the cage door; it creaked as I pulled the door open. The Crow shied away from me at first, tapping on the far end of the mirror,”

“That’s when it lunged at me with out warning. I screamed as birdseed rattled to the floor. I drew back my hand. Pain searing through my arm. As the wretched creature glared at me from the back of the cage, I could see it had  a layer of my skin in its bloodied beak. It screamed a caw at me that got louder and longer as it went on. I turned, ran blindly out of the apartment. I fled back through the front door, panting, tears streaming from my eyes, blood flowing from the gash on my hand. I fell against my front door, forcing it shut behind me and falling to my knees. Panic overcame me like a wave of ice water as I realized my mistake. I hadn’t locked the cage back up. I reached for the nearest umbrella from the stand to defend myself with and began the journey back to the cursed animal. I approached Mrs. Walker’s apartment cautiously. Through the front room, I drew nearer the cage, then froze. The cage wasn’t empty like I thought it would be. A coal black eye stared back at me. It wasn’t a crow anymore! I dropped the umbrella as I saw the head of Mrs. Walker staring at me from behind the bars with feathers growing out of her face and a tiny little twisted nude version of her body. She was all covered in goo. I turned, fleeing back to the front door, to escape, to find some sanctuary. Drops of sweat slid down my neck and soaked my shirt as I ran, tearing to my own home, to safety, to Sarah and Jessie. What would this thing do to them now that I had discovered its secret? I bolted up the stairs, my vision clouding as my eyes wept and my energy left, powered only by adrenaline. I opened Jessie’s bedroom door. Lying in a scarlet pool of viscera and blood was my family. Everything I had ever cared for. A look of stark terror on their patchwork faces, black hollow abysses where their eyes once were. A breeze chilled the room from the open window as I lay, sobbing over all I had ever needed, all I had ever loved.”

“The Crow was outside the window, Doctor, the demonic monster, wings outstretched. I rose, almost drained of the will to do anything, my vision fading, flinging myself against the wall, grabbing the handle of the window, pulling it closed with the final remains of my strength. The lock clicked. I could hear nothing, just my heartbeat like a drum beating away years within seconds of time. Then… ”

“In a crescendo, filling my ears until I thought they would explode.”

“I turned, holding myself up on the window frame, my legs wobbling beneath me, barely managing to hold my crumpled body. The Crow stared back at me. It jumped of the window ledge and took to the air. It circled once, and cawing in its horrid flight, soared towards me in a final, deadly attack. My legs buckled, I fell on the carpet, covered by a shower of broken glass and I blacked out. That’s how it happened doctor. My entire family, my entire life, gone in one night.”

“Maybe its stress, but I can’t get it out of my head.”

“It won’t leave me alone Doctor.”

“Doctor, can you give me anything to stop that tapping?”

“Something to help me sleep?”

“Doctor, is that you tapping? Are you making that noise? Come on, that’s not funny. Doctor? DOCTOR!?”….