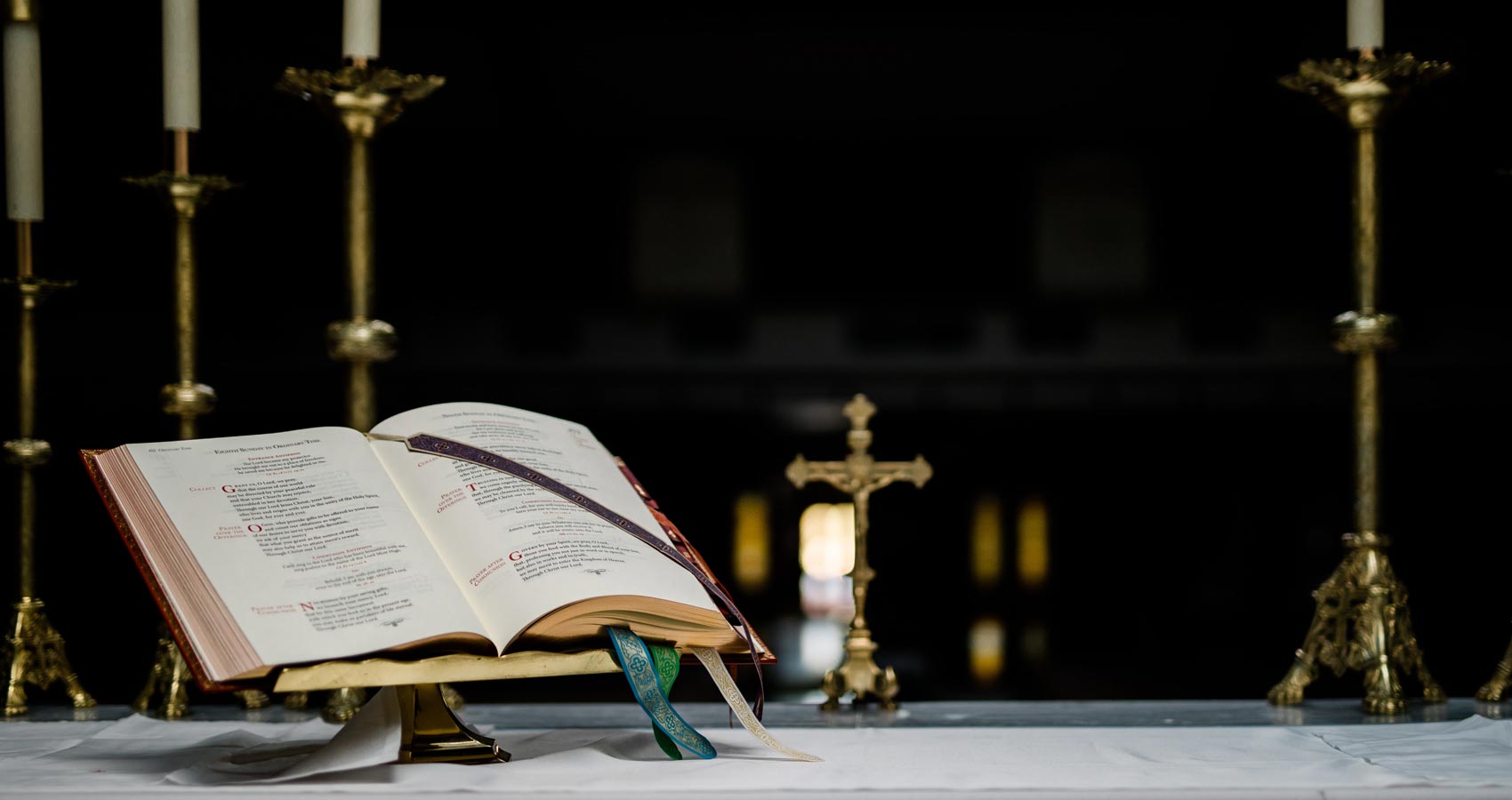 The service tapers towards its weary finale. Just the blessing and he’s done. Feast days drain him, with the additional rituals to perform, the bigger crowd to administer. He does not possess that energy of more innocent times. Neither the body nor the spirit are willing these days. Hands spread to rest on the altar, head bowed, he summons up his final injunction.

His robes remind him of that imperial Easter egg of Fabergé fame. A proclamation of purity in flowing linen, the alb serves as first layer. The stiff gild of the chasuble folds over front and back, supposedly an invocation to charity despite resplendent decoration. The silken stole around his neck marks him as recipient of holy orders, signalling the purity of soul required to officiate. This is no easy burden to bear.

He raises his head, looking out over his flock to call up austere gravity. Some rustle, gathering accoutrements as they ready for departure. Others remain stock-still, silent and determined in their devotion. Farming people, publicans and shopkeepers, young and old. A microcosm of the wider world, except for the suffocating intimacy of this place that binds them. He opens his arms in generous benediction, and offers his final blessing.

‘Let us pray.
In bygone times, we marked ourselves out from those we thought to denigrate as pagan. We still found it wise to colonise their traditions and festivals in securing adherence to our faith. Their goddess Eostre became our Easter. Her totemic hare, symbol for the moon that ordains the timing of this feast day, became our Easter bunny. We are never distant from the worship of those gods we have previously deemed false.
In recent times, we took on to commodify the symbols of that era. The simple egg was suppressed as augury of fertility. It was rendered a source of profit, a subject for insistent commerce in all shades of chocolate and glittering foil. A new god, girded in coin and material possessions, has been elevated for us to serve.’
We would better revisit our pagan inheritance on this day. We can name it Easter, but should celebrate its original calling in an embrace of the physical world around us. Worship whatever god or goddess you will, but let our new commandment for these times of peril, be: blessed are those who would nurture and protect our garden of Eden, let those among us who would destroy it, be cursed from the earth.’
Go in peace to love and serve the lord.’

He whips through the blessing, turns slowly to bow before the tabernacle, and proceeds gracefully off his stage. The stunned silence, in place of the normal relieved rush for the exits, satisfies. He had not decided on, nor prepared, this course. The time had just come and a response was demanded.

Exigent contact will be made with the bishop and consequences would follow. The bishop’s palace only holds contradictions though, no longer a source of fear or authority. A world being slowly choked, with its life sources destroyed, needs some honest paganism. Anxiety that had shrouded him in hopeless apathy, suddenly chooses to enervate and energise.