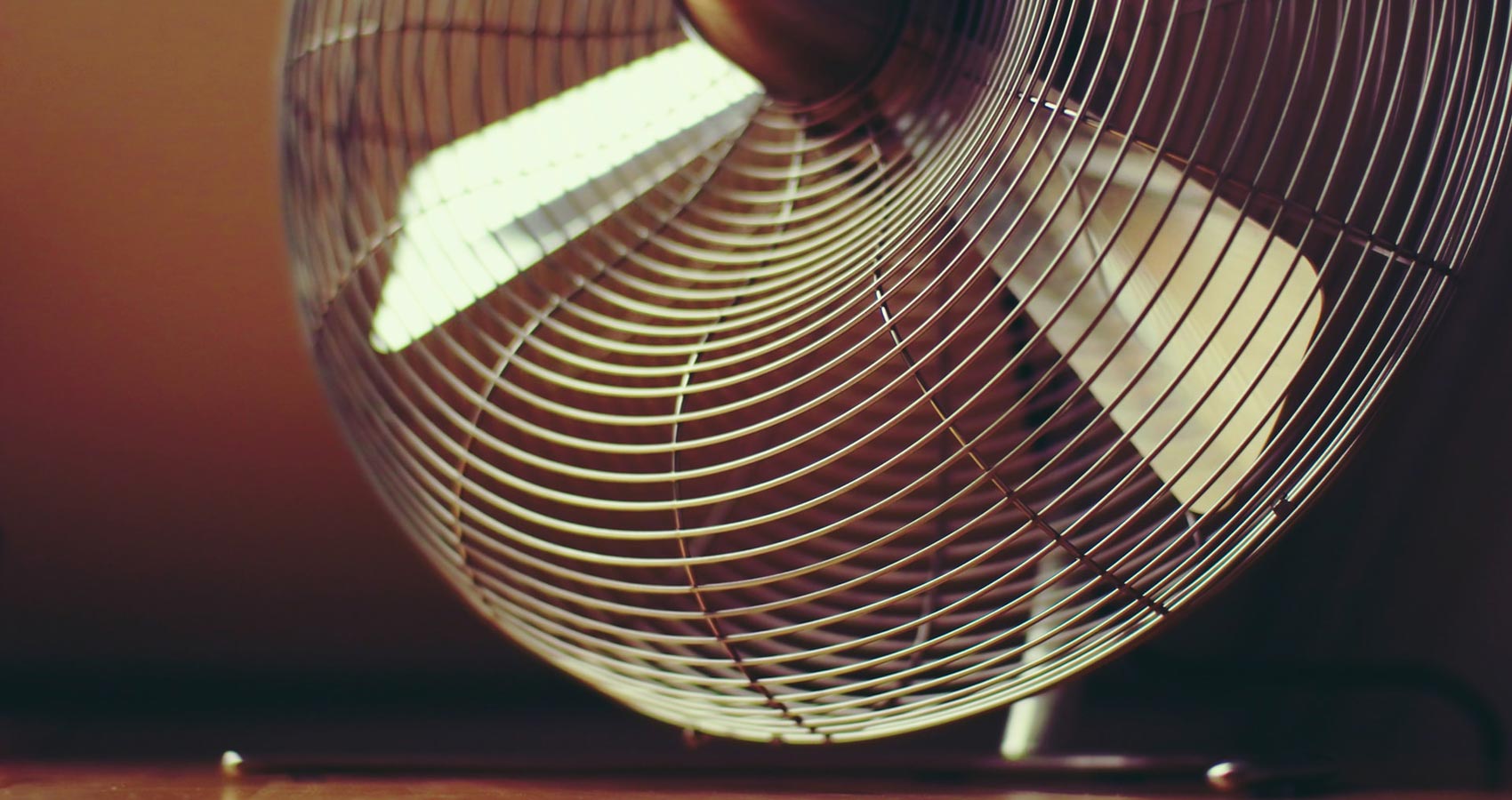 It’s the scent of her that lingers, long after he’s changed the sheets and remade the bed. Thrown the window wide open, and turned on an electric fan. Until he realises it’s him that’s carrying her scent, she’s still there on his body, impregnated in every pore.

He would have liked her to stay longer this time, even just another hour. But her brief visits are timed to coincide with after-school meetings and when the school bell rings to mark the end of the day, he knows that it won’t be long before his doorbell rings too. Sometimes during their lovemaking, he catches her looking out the window towards the school buildings just beyond his back fence. As if he’s a guilty pleasure when she should be marking reports.

In an hour, the other staff members will walk to their cars and drive away, calling out their last farewells. She’ll dress and leave then too, the starting engines her cue for a fleeting good-bye. He doesn’t know why he puts up with it really. They could be so much more, if she would only allow it.

He throws on an old pair of shorts and walks downstairs, barefoot on the thick carpet. Grabs a beer, a pair of sunglasses, and the morning paper he hasn’t got around to reading. She’s left her cigarettes behind—that’s one of her rituals too, a sneaky smoke behind the back fence, sitting at his outdoor table, bare legs crossed, too warm for stockings. He taps a cigarette out of the packet and sniffs at it, but the tobacco smells like stationery and he’s had enough of schoolrooms for today. With a sigh, he sits back in his chair and pops the metal lid off his beer before lifting the bottle to his lips.

He could stop it, he supposes. It’s not as if he has to open the door when she rings. He could pretend to be out, shopping, seeing friends, even a woman. He’s thought about parking his car up the road so she won’t see it in the carport. Today, when the doorbell chimed, he was tempted to let it ring. He’d stood, listening to it peal away, his feet flat on the cold vinyl tiles. But he was already moving towards the door when she rang again. He’d caught her by surprise, opening the door more quickly than either of them had anticipated, her finger still flat on the buzzer.

It’s not that she doesn’t make him feel good. When they’re together and she’s soaring above him lost in a world of her own making, he can almost feel her love for him. When he touches her shoulders, it’s as if her smooth skin is making way for his fingers, so he can burrow deep down inside, and touch her to the bone. And when she lies beside him, her hair an arc across his pillow, he can imagine how it would be to wake beside her, to listen to her soft breath in the pallid morning light. It’s her absence that hurts, that makes him not want to open the door to her. He can get used to her being here; it’s her leaving that he dreads.

Out on the patio, the late afternoon sun is playing havoc with his head; it’s beating against his hair, catching his eyes in its glare, despite his glasses. If he lived by the sea, he’d go swimming now, let the saltwater lick at his wounds. But his townhouse has only a sterile lawn that kisses the school’s back fence. He goes inside, throws the newspaper on the coffee table, and stretches out on the sofa. There’s a game of cricket on television and the thwack of ball against bat is soothing in its banality, the faded cheers of the late afternoon crowd.

When he wakes, the sun is down and there’s a haze of insects in the air. He’s forgotten to close the screen door and a moth is hurtling itself at the green glow of the television screen. He stands and switches off the TV, remains standing in the darkened room. There’s a hum of summer from the street outside, a couple of teenagers calling to each other as they pedal their bikes down the street.

She switches on lights as she walks through the door, drops keys on the table, and deposits her paper bag of shopping on the bench. Pulls the earrings from her lobes and leaves them in a pottery dish in the hall. It’s a beautiful night, warm, and there’s a half-moon dancing in the streetlight as she pulls back the French doors to the terrace. She goes back inside for a cigarette, and empties her handbag looking for the packet before she remembers where she’s probably left it. She’s got an emergency carton in a kitchen drawer which she raids before walking out into the garden. She sits and dangles her feet in the pool as she lights up, her legs a ghostly blue in the underwater lamps, cut off at right angles at the point where the surface touches her shins.

It’s too good, this solitude, this soft embrace from the water, its lapping tongue making gentle waves as she dips a hand into the pool. She’s never lonely, not here; she doesn’t find herself wishing for company, not even now with the imprint of his sheets still fresh in her mind. She stretches back along the warm concrete, searching the stars for satellites, feeling the grit of small stones in her hair. It’s not hard to slip out of her clothing and to slide into the glowing waters of the pool. Her body is a haze of light as she swims, her arms stroking through the water, her legs moving in gentle momentum.

Later, she’ll walk dripping through the house, switching off all the lights she’s just turned on. She’ll fall, wet, onto soft cotton sheets and sleep naked in the drowsy heat, a ceiling fan turning listlessly above her. She won’t hear her phone in her handbag downstairs, first one message and then another. She won’t have to deal with his need, his nightly contact, wishing her into his life. She won’t have to acknowledge him until the next afternoon, her finger pressed against his doorbell, his waiting presence behind the door.

He’d first heard her sing at a karaoke evening organised by the school, a fundraiser. There’d been a flyer slipped into his letterbox sometime during the week. He hadn’t been doing anything special that night, and had pulled on a clean shirt before walking around the block to the main entrance of the school. It had been odd to see the roofline of his house from another angle.

The auditorium was a buzz of parents and excited kids, careering groups of younger brothers and sisters as the adults reached for glasses of sauvignon, and dipped carrot sticks in bowls of store-bought hummus. He’d found a chair near the back and had taken an early seat, not wanting to mingle or to answer questions about his presence. The room had been decorated in handmade signs, the product of some afternoon art class, he presumed. There must have been a trip to Japan planned; someone had carefully laid a hand-folded origami crane on every chair and a white flag with a sun’s red orb was hung behind the stage.

The night had passed by in the mediocrity of teenage talent. The audience had become restless, an occasional yawn stifled by a suit-clad parent, straight from the office. She’d been the last to take to the stage; he hadn’t caught her name, only that she taught art at the school. He hadn’t even been paying much attention, had been planning his escape home when she started to sing. And then her clear soprano had twisted him in his seat until he was caught captive by the aching need in her voice.

Later, outside, he’d taken his time leaving the auditorium, waiting until the rest of the audience had drifted away. He’d sat on a school bench, needing the cool of the night air to clear his head. He hadn’t even realised anyone else was there until he smelled her cigarette.

“Smoking on school grounds. I could be expelled for this,” she’d said.

She’s thought about leaving him too, knows what she can offer will never be enough. She’s aware that he’s fallen in love with her, mistaking the clash of their bodies for a meeting of minds, the thudding of a post-coital heart for the beat of the real thing. But she’s not ready for a conversation about the future, is not sure she’ll ever be. And when she looks at him, really looks into him, she’s not even sure she likes what she sees. She’s never seen him work, never seen him with a hobby, he seems to barely leave his house. They’d fallen quickly into something that night of the school karaoke party, without the gentle flutter of small talk. At times he feels like a shell to her.

The class is getting restless, the bell about to ring and she tells her pupils to put away their sketchbooks and charcoal sticks. There’s a staff meeting scheduled for the afternoon and she has an excuse prepared already, another doctor’s appointment that can’t be changed. But as the bell rings and the hallways fill with students, she finds herself sinking back into her chair, hit by a lethargy that renders her movements sodden.

She reaches for her handbag, finds a compact mirror, and her lipstick and refreshes the spray of perfume on her wrists. As she glances out of the window, she catches a faint movement in the house bordering the school fence. The drawing of a blind in an upstairs window, a shard of sunlight rendering it opaque.

“Are you coming?” a colleague asks, putting a head around the door and she nods, tearing her eyes from the window.