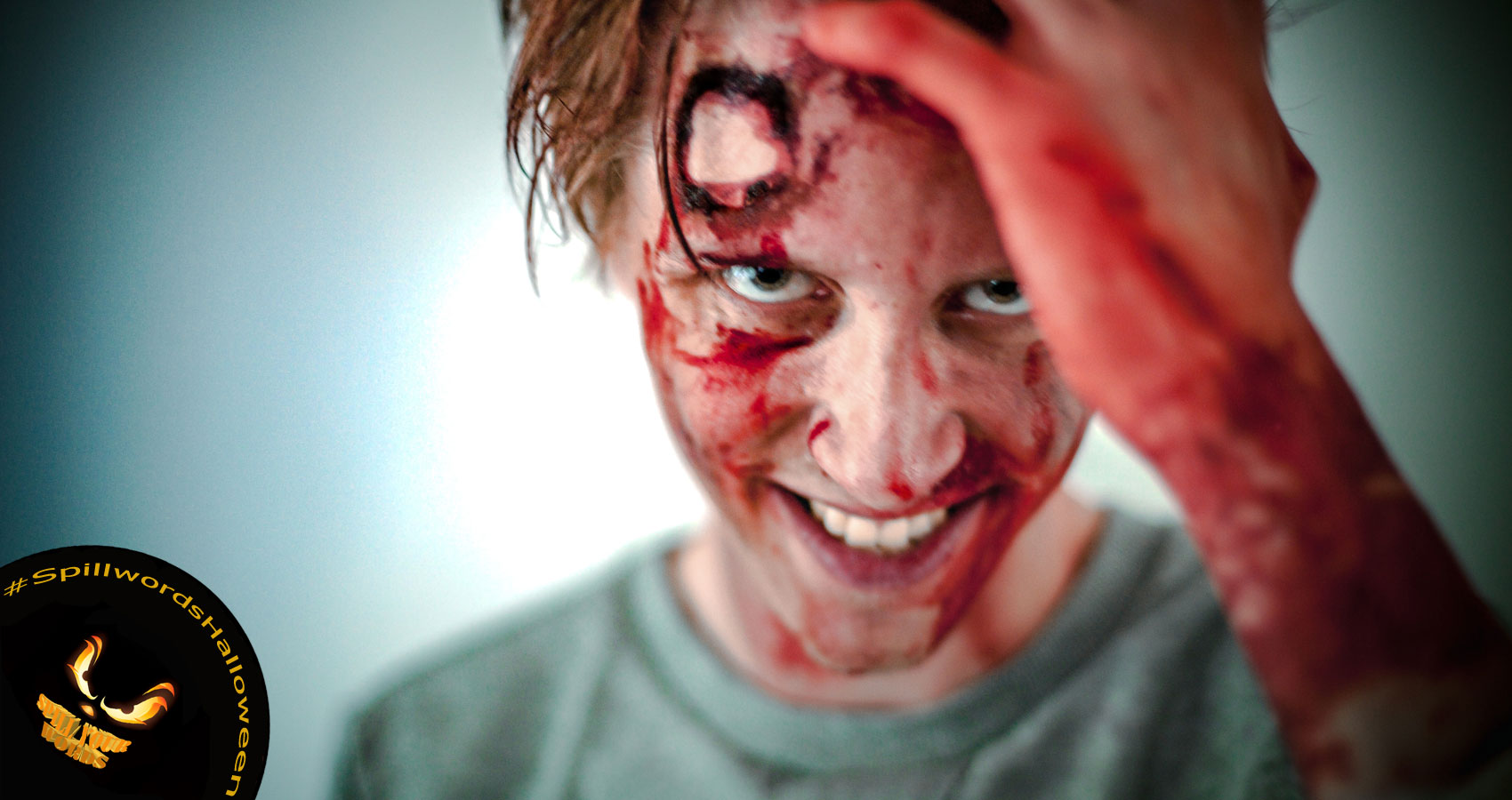 The blood looked real and really icky
I knew the kid, his name was Mickey
The dried blood it looked really sticky
He never said a word

Zombie like, he stood there staring
It was a fantastic costume he was wearing
I’m sure that most kids he was scaring
He held his bag up high

I reached behind to give him candy
The treats were close, I had them handy
I gave him chocolate, a bar called “Dandy”
He smiled and walked away

I watched him leave and said “good haunting”
I hope he gets all that he’s wanting
He looked at me, like I was taunting
He didn’t understand

Each year he goes out trick or treating
One year poor Mickey took a beating
While he was standing, and his candy eating
He’s never been the same