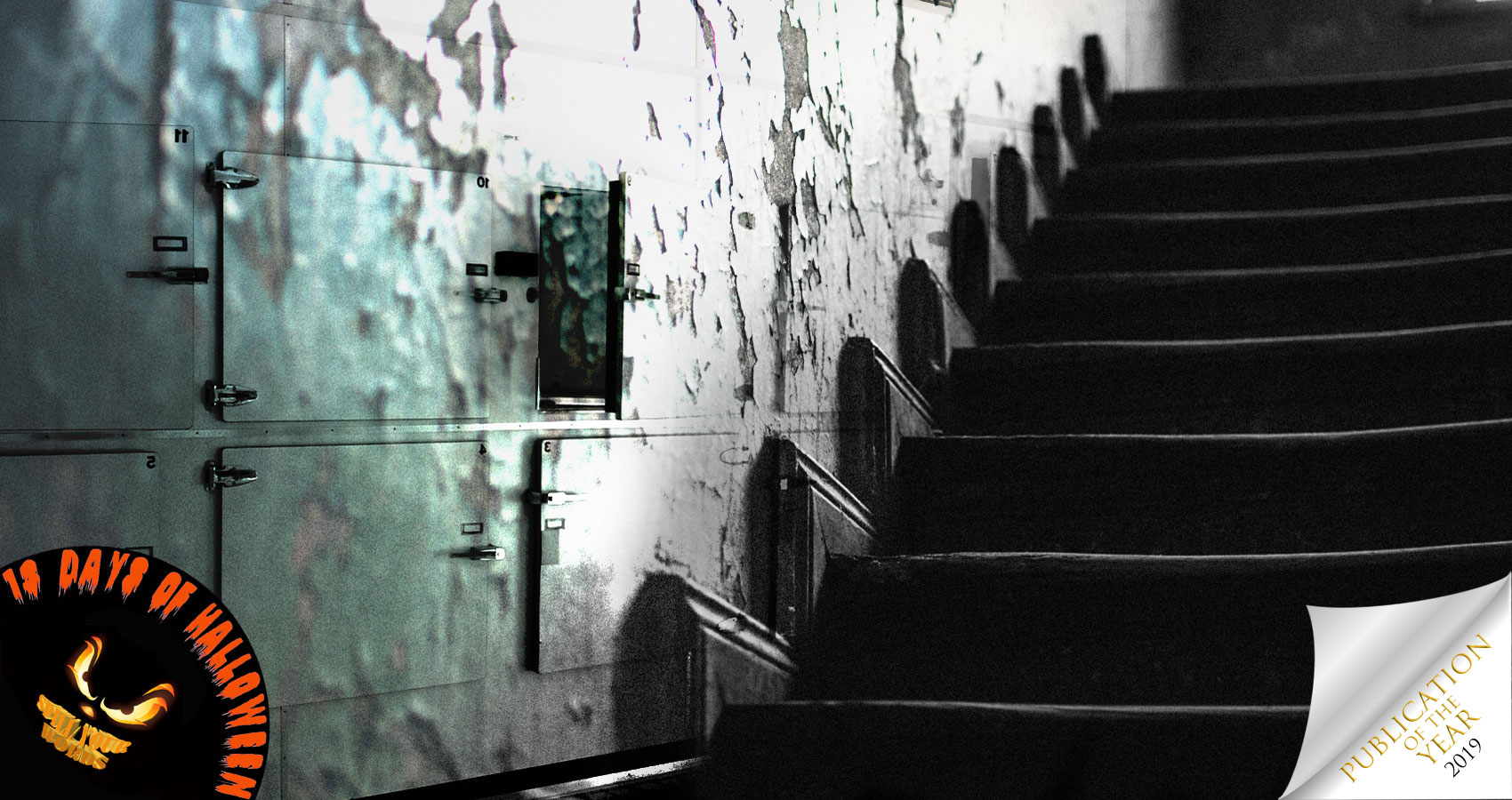 It was a crisp, damp, October night.
“When we get to the Church I’ll go down first.” Colin was thinking of the moment when both he and Aaron would be standing at the top of the basement stairs peering down into the darkness.
The old stone Church was perched at the top of the largest hill on the prep school’s campus. Colin’s parents were professors at the school and their house was on campus grounds. They’d been waiting for Colin’s parents to fall asleep upstairs. Both boys were comfortable in their sleeping bags on the screened in porch. The lights had been turned out an hour ago and Colin felt it was time to slip into the night.
They unzipped their sleeping bags without noise. Colin gave Aaron an understanding nod of his head. Aaron opened the porch door slowly, so as not to make it squeak. They’d snuck out at night a number of times and both knew the routine.
Once down the porch steps, and into the bushes on the far end of the lawn, they found their beaten down footpath leading to the Church. Crickets were busy sounding off.
“I heard Ben saw the baby in the jar.” Said Aaron.
“He didn’t. He’s just saying he did. Ben would be too afraid to sneak in. He’d never do it. Besides, the doors of the science building are locked at night.”
“They weren’t when we snuck in.”
“That was different. I knew which window to climb through.” Said Colin.
The moon was large. Its brilliant glow could be seen from beneath each cloud. The grass was soaked with mildew; moisture reached out and touched the boys’ jeans. The smell of dirt from the footpath filled their lungs. Each step bringing them nearer to their true intentions; learning if there was a morgue in the basement of the Church. Rumors swirled endlessly amongst them at school. Some said the Church had a morgue and that it was haunted. Others said the Church didn’t have a morgue and that Sunday school classes were held in the basement.
For a brief moment the night sky broke open with moonlight. Colin looked at Aaron and wondered why Aaron was smiling. He could see the dark space between Aaron’s two front teeth.
“Look how fast the clouds are moving,” said Colin.
“I like them. They look crazy. Do you think we can get in?” asked Aaron.
“Yes. They don’t lock the Church.”
“Why not? Ain’t they worried someone will steal something?”
“My dad says people never steal from the Church. Besides, sometimes people are there at night praying. I’ve been inside late at night and saw the Priest standing in front of the pipe organ, touching the keys. He was staring at them and his lips were moving.”
“What was he saying?”
“I don’t know, he looked very serious. I left.”
Looking up the hill at the Church, Aaron approached Colin slowly. “Do you ever feel as though you can run faster in this?”
“In what?”
“In the night. An October night. I feel as though I can run faster than anyone and that nothing can catch me.” Said Aaron.
“Maybe you’ll need to run tonight? What will you do if we find the morgue? I might open one, just to be sure.”
“I’ll open one. I’m not scared. I’d even look at a body if there was one to see.”
“I don’t know about that.” Said Colin.
“We both looked at the baby in the jar.”
“That was different. It was in a jar in the science building.”
Colin’s hands felt clammy. He rubbed them on his jeans. He knew Aaron meant it. He’d open and look. The darkness had taken over the trail leading back to his home and he felt an uneasiness in his gut.
“You O.K?” Asked Aaron.
“Yea. I’m alright.”
They walked without talking and covered much of the distance left between themselves and the Church. Grass grew as tall as their shoulders on each side of the path. Aaron touched the top of the grass with his fingertips. He liked the feeling of the small droplets of water sticking to him. He wondered if they’d find the morgue. He thought about how the bodies would by lying there still and alone.

Chapter Two – Down We Go

JUNE 2018 AUTHOR OF THE MONTH at Spillwords.com
Matt is a loving father and husband. Their small family lives on the side of a mountain in Maine. Matt's work, to include both poetry and short stories, has been published in numerous online and print publications. Matt's short story, Bodies in the Basement, was voted publication of the year (non-poetic) on Spillwords Press, 2019.