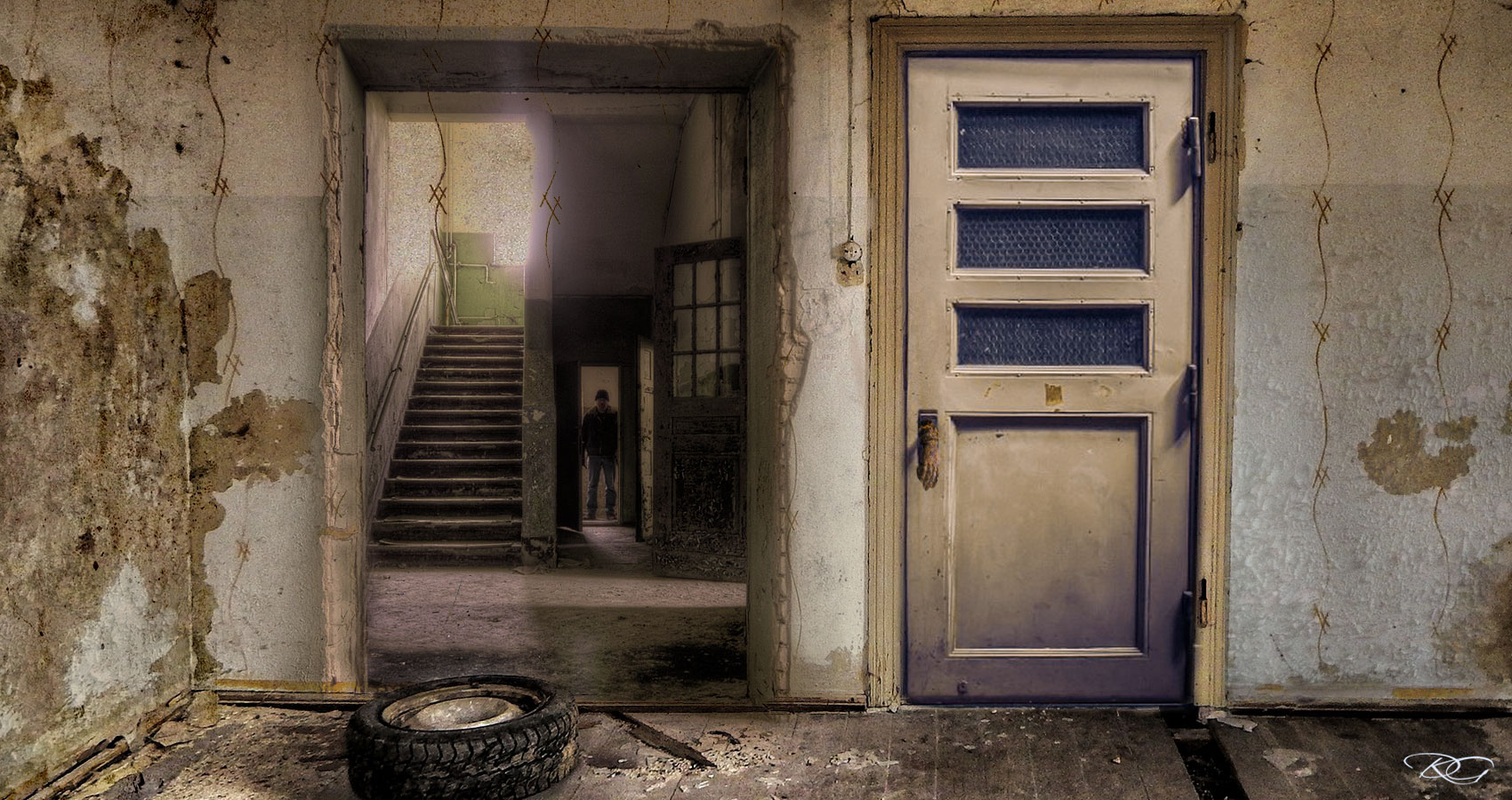 You and I too, dream so well during the day
We can leave our eyes open-

It is noon. Inside a modest home stands a man. He is alone.
The man stands, or paces, or runs from his house.
It is said the man tried to explain to someone his thoughts

-There is a door directly in front us, the one with the rusted hinges-
The door knob is no longer in place, but hanging, not breathing.
Our dreams push forward and we follow them-
We stand in place. We do not see the door. The future has moved the door.
The walls have been crumbling for years. The tape under the paint on the sheet-
rock are no longer under paint at all. Instead the tape conquered the paint and took
position to watch the man stand and pace and run.

You and I too, dream so well-
I have been there. You wouldn’t understand.
The man inside the house spoke out loud.
Or possibly he had said that to someone.

The man turned from the broken door. He faced the crumbling wall, ‘Ready old friend?
I have lived, I have died, I have spoken to God and Jesus. Jesus was beautiful.
You wouldn’t understand.
Listen, this world is not our own. I have eaten from The Grapes of Wrath of which
Steinbeck wrote.
The heads will say I was not there. I was. I am now again.
And when alone, standing with society at my shoulders, I spit the seeds out-
Watch the cement grow new growth. Watch as the green grass feeds my truth-
A mouth twists full of anger- We’ve seen this mouth too many times-
Now, I stand near this wall and I watch time. Time which does not exist.
Though I do not show you, I have been everything. Death speaks to me through you-

As you stand now, before me-
And you aren’t the only ghost
Did you know I can..’

The walls became excited. Knowing the man would now pace.
And he did. He paced for hours. Sweat ran from his middle-back down.
The walls of the house were filled with holes. Not from the man.
Stains and foul smells filled the hallway. The rug, wasted, soiled.
A door at the end of the hallway hadn’t been opened in years.
Even the walls didn’t know what was in the room. Without the door opening-
The man paused, felt his hair turning fully gray and thinning, noted how fine it was
and continued-
‘Ah! I have ripped my soul from my beating chest, from the depths of my existence-
Studying my torture in my hands-
We truly know one another.’

The man ran from his house. The crumbling walls, tape, and even the paint, all saw.
They applauded his departure – not due to departures sake,
He’d now spit seeds

It was said the man ran from his house.

You think I stand looking at walls-
You and I too, dream so well during the day

Dedicated to my Father.

JUNE 2018 AUTHOR OF THE MONTH at Spillwords.com
Matt is a loving father and husband. Their small family lives on the side of a mountain in Maine. Matt's work, to include both poetry and short stories, has been published in numerous online and print publications. Matt's short story, Bodies in the Basement, was voted publication of the year (non-poetic) on Spillwords Press, 2019.