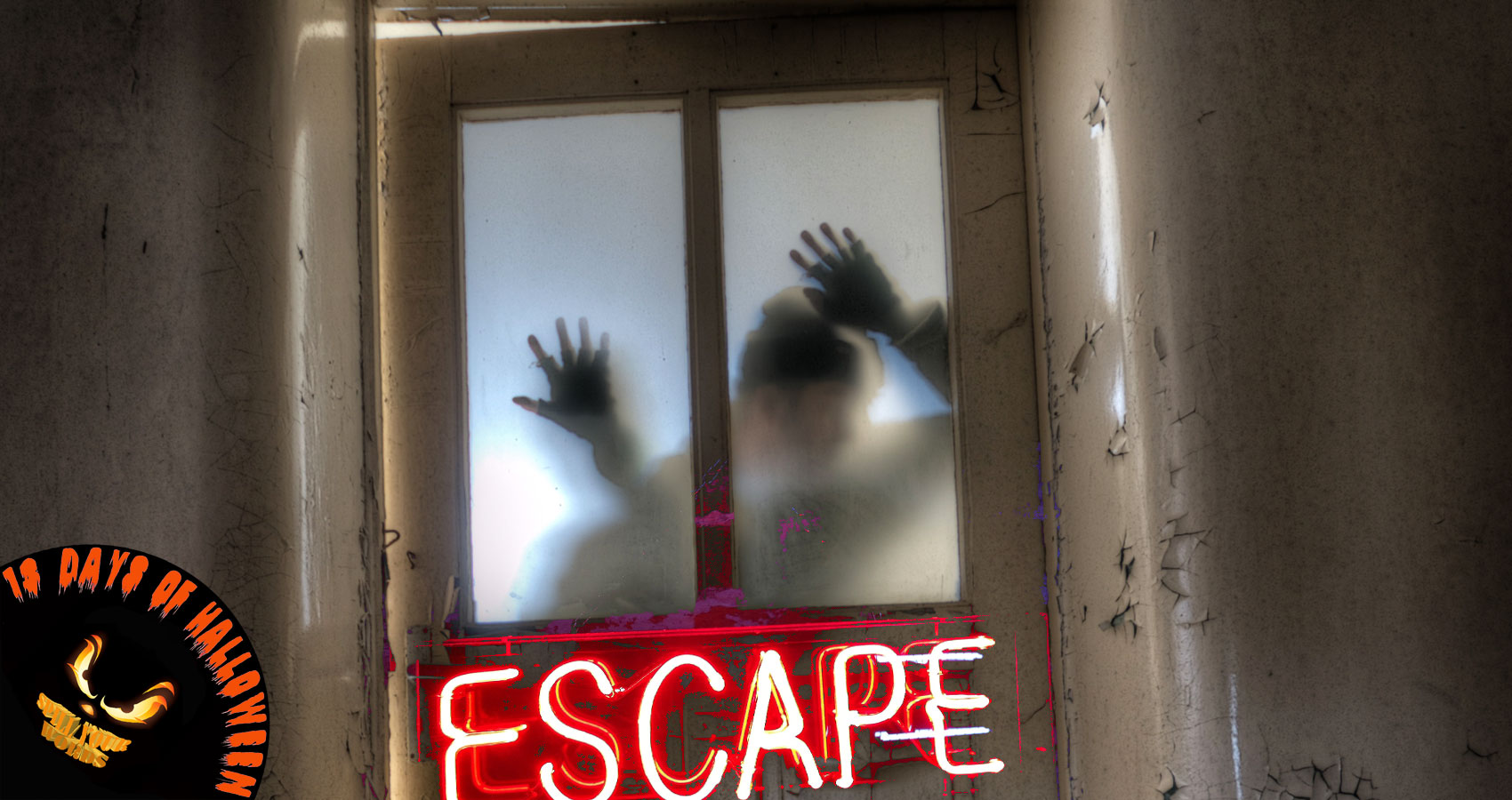 In This Game, There Is No Easy Way Out

Stuck in a dark dark room is a dark dark shadowed figure plaguing the entire perimeter of corners,
Causing problems for all newcomers as they unravel through the mountains of inaccessible locks,
The codes to be decoded are always missing
It takes a lot of adjustments to unjumble the symbols,
One successful symbol clearance opens the door to the next objective of brain teasing,
Never an easy way to escape,
Always another door that replicates
Behind every window is a face of horror
Guarding the gates of honour,
Zombified vampires are warded off only when faced with courage,
A lot of key cradled cuts before reaching the vaults of zombie guts,
To get to the golden house of Lords
The greenwalk slime matrix awaits the trips,
Look before you fall into a pile of goo
Thickened like wallpaper glue,
Garlic bulbs hang from the overhead
Strong in scent but not near effective as coconuts given to monkeys,
Stood in front are a family of thirst feasting children ready to take a bite,
You have two sides to run,
Will you go left?
Or will you jump right?
Decisions, decisions…
Wolves howl until the end of moon,
Shadowing down on the maze filled rooms,
More decode able puzzles to determine a successful turning,
What’s on the other side of that green eyed door?
Oh just what we thought…
Another blood red scratched up door
With the stench of ghoulish sauce.

KL Merchant is a British poetry author, and an independent music & theatre performer; by the name... Sparkly Spookay. Bringing her stories and characters to life, she loves anything mysteriously spooky and strange. Specialising in classical gothic emo, celtic mythology. She grew up reading and admiring the work of R.L Stine. The Goosebumps books were the theme of her life. Her favourite stories were; 'The Blob That Ate Everyone', 'My Best Friend Is Invisible' and 'Attack of the Jack-O'-Lanterns', which later inspired her to write haunting lyrics for her story soundtrack albums. KL Merchant has self-published her Blood Lines supernatural poetry collection which is an anthology consisting of eight series, including a magazine edition. One of her prized poetry pieces, 'Access Denied' got chosen to feature in the Spillwords Press '13 Days of Halloween' series in 2019. Her music & poetry aired from 2019 - 2022 on TFSC Radio, Indie YFM Radio, BroRadio, GrimRock Radio, RadioWhat & many more. A rising stage star!