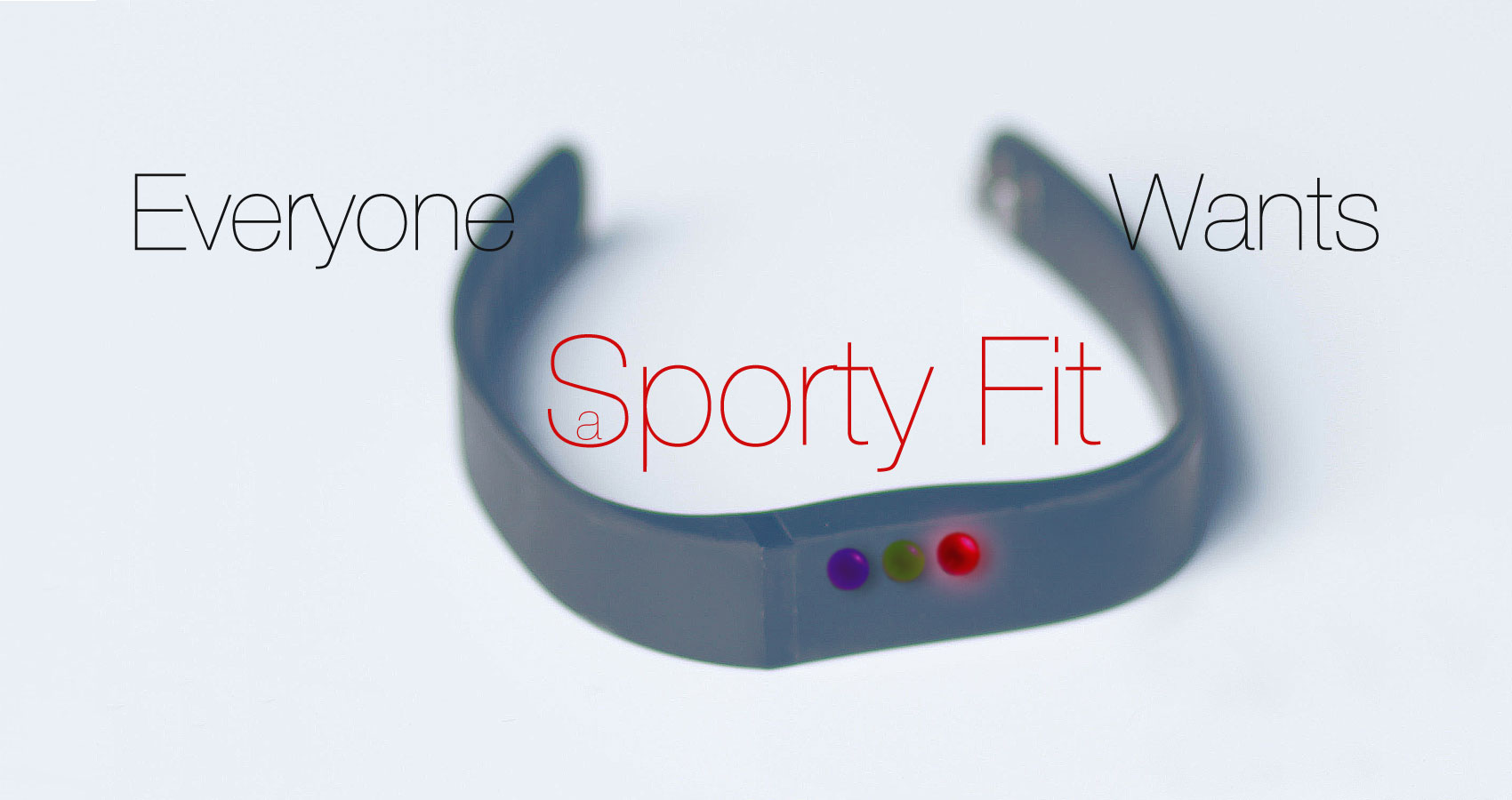 Everyone Wants a Sporty Fit

Everyone Wants a Sporty Fit

A golden voiced narrator blared from the TV set.
“Be stronger, fitter, smarter and happier with a Sporty Fit. Simply strap one on your wrists and don’t forget to register all your detailed information and you are on your way to health and happiness. The Sporty Fit is sleek and cool looking. Wear it on your wrist and it will tell you everything. Steps in a day, calories burned, how hard you worked out, how you slept and your horoscope. Don’t be left out, don’t be one of those tired and lazy saps who don’t have a Sporty Fit. Everyone Wants a Sporty Fit and soon the whole world will have one. Get your Sporty Fit today!”
“You know those things are just some government plot for mind control” Dave said with a laugh. “Yeah they get everyone with one of those on their wrists and then boom someone throws a switch somewhere and then we are all robots.”
“Yeah that’s what I am just a government clone dude, oh please give me a break.” Thomas held up his shimmery silver grey wrist band with three small colored lights that flashed sporadically when he moved. Green, blue and red.
“See it’s working. This thing is awesome it tracks all my movements and records everything. All my steps, my heart beat, lung capacity, calories burned. It even records how I sleep during the night and gives me suggestions for better sleep. You are just jealous because you know you are one of those “lazy saps” that the guy was talking about. And how about the last time you warned me about the big asteroid that was going to hit the earth. That day came and went and here we are still.”
Both Dave and Thomas sat on the new overstuffed couch feet on a low slick glass coffee table facing the new 62 inch curved TV monitor. A commentator was droning on about some sports event they were not really watching.
Dave grabbed his brown glassed long necked half empty beer, took a swig and laughed.
“Ok man, but when they try and take over the world with those things just remember I warned you. But then how could you remember because they will have control of your brain.”
“Ah come on man…Can we just watch the game. And who the hell are ‘they’ anyway?
“Oh you know ‘them’ that secret society that’s been screwing up the world since the beginning of time.”
Dave was a stocky husky police detective who started out on the beat 25 years ago. He was a good detective and had received honors for solving some of the most difficult cases in the city. His hobby was studying and reading up on conspiracy theories everything from the Yeti to Paul McCartney is dead.
“Ah yeah right. The Masons or the Illuminati or maybe the Boy Scouts. Woo!” Thomas spoke mockingly.
“Ok Tommy boy, but again don’t say I didn’t warn ya!” Dave held his beer just under his lip for a minute, he could smell the warm flat smell of alcohol and hops. He took one last swig of the beer and popped up from the overstuffed couch. He rubbed his salt and pepper curly hair. “Well Mr. Sporty Fit I gotta get my ass home before Jen gets back. Still gotta fix that leaky kitchen faucet”. Thanks for the beer. Tell Megan ‘Hey’.”
“I will if the government hasn’t invaded my brain before she gets home.” Thomas held up his Sporty Fit strapped tightly on his wrist. He shook it and green blue and red the lights flashed. “Then you my best friend since first grade, a decorated war hero and police officer… I will be counting on you to come and save me from “them”.
Dave laughed as he headed for the door. “I got you man”. Out the door in his car and then he was gone.
The golden voiced pitch man was back again flowing from the TV speakers and filling the room like a river of sound.
Everyone wants a Sporty Fit. Have you got yours yet? Be the best you can be as the Sporty Fit tracks your every move and monitors your brain waves while you sleep. Have a better love life, become smarter and be the strongest you can be. The Sporty Fit talks to your phone, computer, tablet, any device you have. It monitors your whole life. Don’t be left out get your Sporty Fit today. Strap it on and don’t forget to register to activate all the life altering benefits. Remember Everyone wants a Sporty Fit.
Thomas smiled and then laughed and thought “Yeah everyone wants one except that loser Dave”
He shut off the TV and headed upstairs to his new master bedroom in his new house with all new furniture.
Thomas was a young strong man in his late 30’s who had climbed the corporate ladder of economics. He was the model kid, the model student who became the model employee. He was the guy that other guys hated in secret, but liked in public because they wanted to be cool and perfect like him too. He worked out at the gym daily, ate the perfect diet, drove a spotless Audi and also owned a retro Porsche restored perfectly and kept spotlessly clean. He wore dry-cleaned white shirts and perfectly pressed dress pants and sport coats and always had excellently knotted ties. His slightly greying dark hair was always cut impeccably and combed superbly. That was his life everything had to be perfect and he was always looking at the latest technology to help achieve absolute perfection. As soon as he heard about the Sporty Fit he was the first to get one and used and wore it proudly at the office. He had recently been promoted to President of the World Bank Center.
He slipped into his silk pajamas while listening to Eric Clapton on the wireless Bluetooth stereo.

It’s late in the evening, she’s wondering what clothes to wear
She puts on her make-up and brushes her long blonde hair

Just a little fun story with a frightening moral. Have our devices taken over our lives?