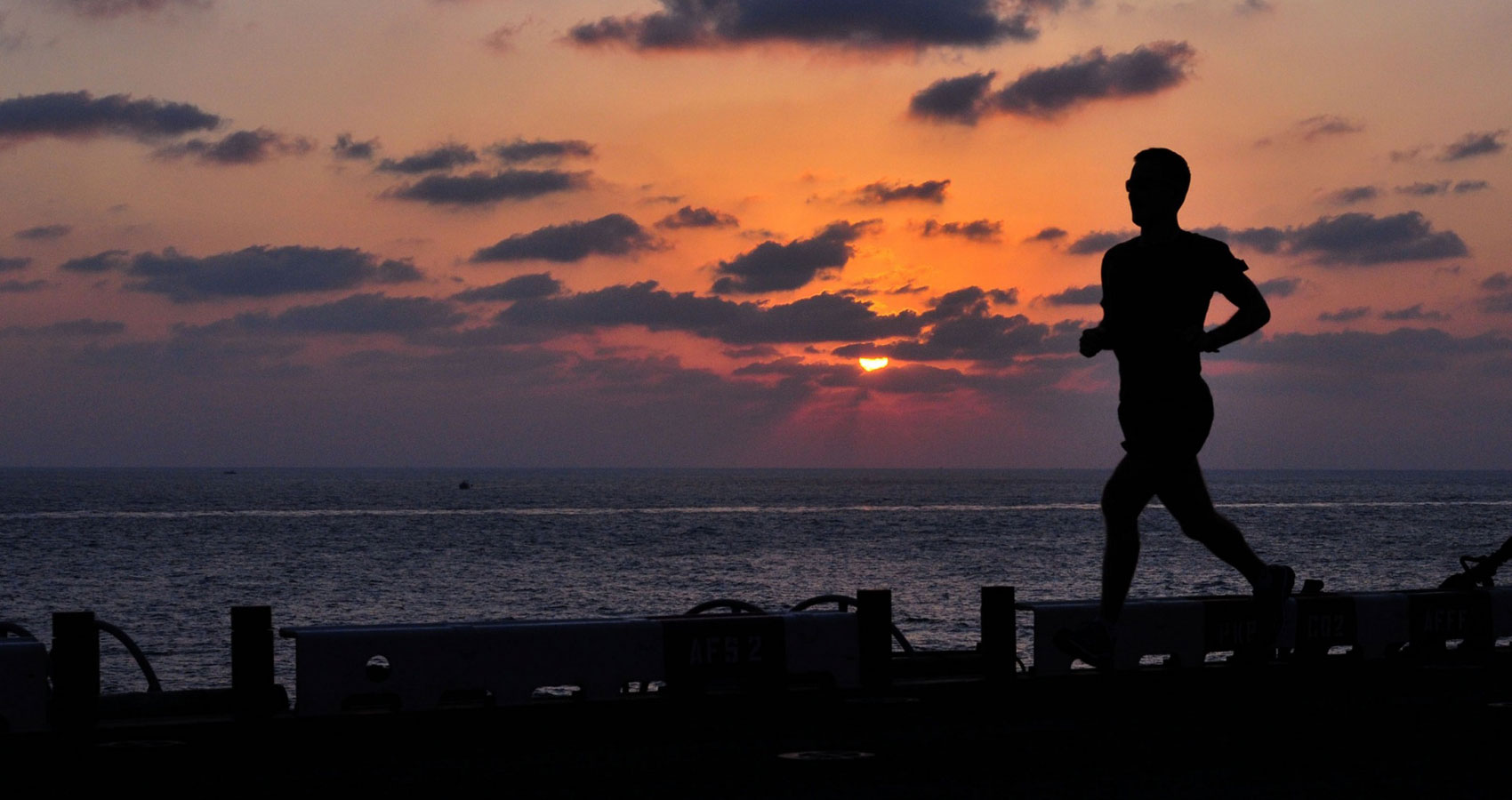 He was running. He hated running. Back in his younger days, better days, one of his go-to lines had been “I don’t run unless someone’s chasing me.” Always got a laugh.
Funny thing about that quip, now that he was thinking about it as a way to float above his feet slapping down on the track, pressing his pace without pressing too much, this was just a warm-up, keep some gas in the tank for this afternoon. Yeah. Funny thing.
Up popped another of his go-to lines, a maxim he always credited to Shakespeare whenever he dropped it in conversation, but who the fuck knew? “Many a truth is told in jest.” Except this jest wasn’t true, because back in those younger-better days, when it felt like the whole world was chasing him, or about to start, he never ran. He wanted to get caught.
Now, in his older days, lesser days, no one was chasing him. And here he was running. So, in point of fact, the opposite of his go-to line was true. Another lesson learned; add it to the list.
“I don’t run unless I’m chasing someone.”
There would be no laughs at this quip. Turns out “Many a truth is told in self-pitying desperation” doesn’t generate much of a punchline.
Bap-bap-bap. Now he did focus on the sound of his feet as he tried to ignore the heave and jounce of his gut. It was almost worse since he’d shed the pounds toward hitting his target; everything felt looser, flappier — yet another fuck-you reward for all his hard work. Two more laps, the morning heat was creeping up, going to be another scorcher. And here came that woman again. This would be their fifth pass since she started. On their first, he thought he’d glimpsed recognition flare in her eyes, so on their second, he’d given her a quick flick of his head and a grin-grimace. It was a gesture he’d worked on and perfected, designed to wordlessly convey both confirmation and caution, as in “yes, I am, but please respect my privacy.” On subsequent passes, he had pointedly looked away as she went by. Make her wonder, wait, work for it. This time would be different.
Bap-bap-bap. Here she came. She was, what? Early-30s? Mids, maybe? Her coppery-brown hair pulled back in a foot-long ponytail that wagged as she jogged – he liked that. He liked everything he had noted while pretending not to. Here she came. They were a dozen strides from each other. Wait. Almost there. Two-three-and-now. He looked over. Her eyes didn’t meet his, but then they did, and he gave her another gesture he’d worked on and perfected, the soft nod and warm, fluid grin, confirmation still there but caution gone and in its place invitation, as in “yes, I am and yes, you may.”
He’d already played through what her reaction would be and what might follow:
The open-mouthed smile followed by the embarrassed titter. She’d stop; he’d stop. She’d smile again; he’d shrug. She’d say, “I thought that was you, but, you know, I wasn’t…” He’d come back with, “It’s me. You got me.” Then she would jump in, “I loved … I must’ve watched… I don’t even know how many times. You’re so good in it, funny, but not just funny, serious too, real, kind of mysterious, you know, oh-hah, listen to me going on, I sound like a teenager, sorry…” and right about here is where he’d give her another of the grins from his arsenal, look at the ground for a moment, and then slowly bring his gaze up to draw her in and say…
Her glare punctured his reverie like a bulls-eye dart; everything came crashing down in real time. Her eyes squinched, her lip curled, her hand made a short, sharp, swiping motion. This burst concluded with her head jerking away from him, the whip-snap of her ponytail delivering a final lash. His reaction was a master performance in restraint and discipline, a less-is-more approach that would have been beyond his younger self’s grasp, an acting coach’s voice in his ear: “when a moment is overwhelming, go blank, let the audience project whatever it’s feeling on to you.” He stayed in his blinkless blankness for a few more steps – bap, bap, bap – and stopped. Hands on hips, he leaned over as if contorting from a stitch in his side; as he did, he looked back and saw that the upside-down woman had not only continued on but moved to the outermost ring of the track to avoid any further interactions. He straightened with a grunt. No one else was around, but if there had been, all they would have seen was a man look up at the hazy, heat-streaked sky, clap his hands together once, and then walk slowly off the track and toward the parking lot.

I was the pop culture critic of the Dallas Morning News for over 20 years. Since my release back into the wild in 2011, I am endeavoring to create ambitious, compelling fiction.