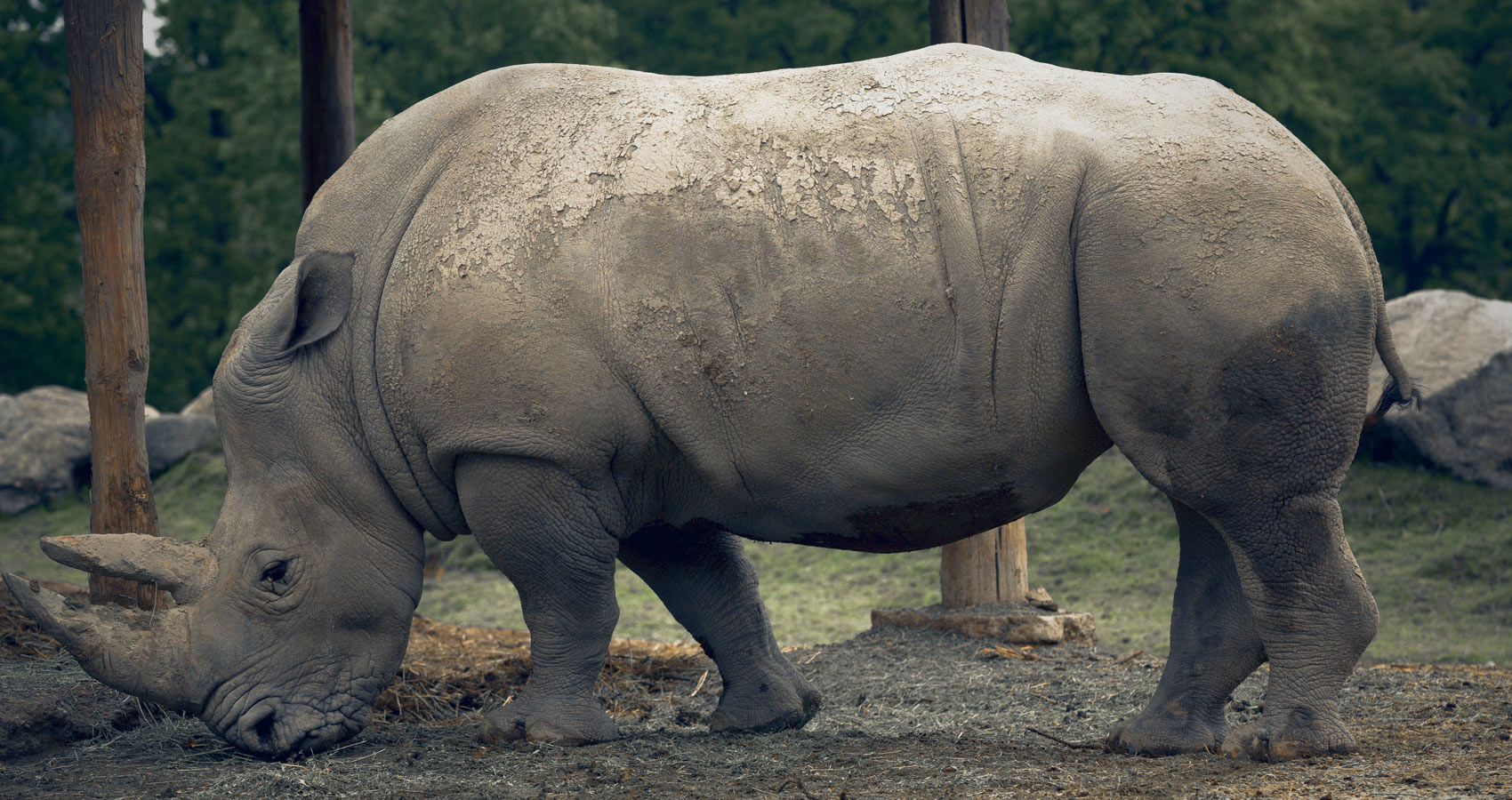 “Pick up the rifle and shoot!”
Nelson’s hand shook as he slid it to his right over the sandy dirt of the Kruger park veld and the butt of the gun. The stab of pain in his shot foot blurred his vision. The terror in the man’s voice urged him on but not as much as the sight of the rhinoceros ten metres away, with its head down and feet tremoring the ground like an earthquake. Smelling the animal as it snorted, he dragged the rifle to him and picked it up. He dug the butt deep into his shoulder till it hurt and took a deep breath of the hot dry air, concentrating on what he had to do.

“Shoot! Shoot now!” screamed both Bau and Hu. Nelson took a deep breath and held it. The rhino was now five metres away. Nelson dived forward with the rifle in front of him and rolled under the vehicle. The clients didn’t stand a chance. The rhino knocked both of them to the ground at the same time. Nelson saw them covering their face with their hands as both rhinos trampled on them. It was over in seconds. As the dust settled, Nelson could see both bodies in the dirt. The rhinos had moved away, safe in their minds they had eliminated the threat. Nelson rolled out from under the vehicle and dragged his body over to where Bau lay. He looked at the crushed skull before touching the neck to check for a pulse. Nothing. He dragged his way to Hu, his rib cage had burst open under the impact and his organs exposed.
The pain in his right foot reminded him of his injury. He hobbled back to the vehicle and grabbed the first aid kit. He discarded his ruined shoe into the passenger seat footwell and cleaned the wound as best he could. The bullet was still embedded in his foot near the sole. Now he would be able to drive. He closed the door and started the vehicle.

Nelson sat on the smooth, cold concrete floor, the bricks of the prison cell pressing into his back. The feel of the bricks reminded him of the mahogany tree. The air in the cell was fetid with sweat, boredom and fear. He looked at his naked feet. The scar from the wound looked back at him like an evil red-eye and Nelson smiled.
He tilted his head to rest against the wall and closed his eyes, replaying the judge’s comments in his mind.
“Some will feel this to be a harsh finding as evidenced by the support you have had in the court from the animal activists, but there is no doubt in my mind that you had an opportunity to prevent the deaths of your clients and hence you are guilty of the charge of involuntary manslaughter. In imposing this sentence I have taken into account your background and love of the wildlife of our country. I therefore impose the minimum sentence of six months in jail.”
Nelson opened his eyes and looked at the hint of blue sky through the high steel barred window. Not a view of the Kruger sky but it would suffice for the next few months.

Mark Patterson completed his education in South Africa after emigrating there in 1970 with his parents. He lived through some of the darkest and yet most interesting times of the past fifty years.